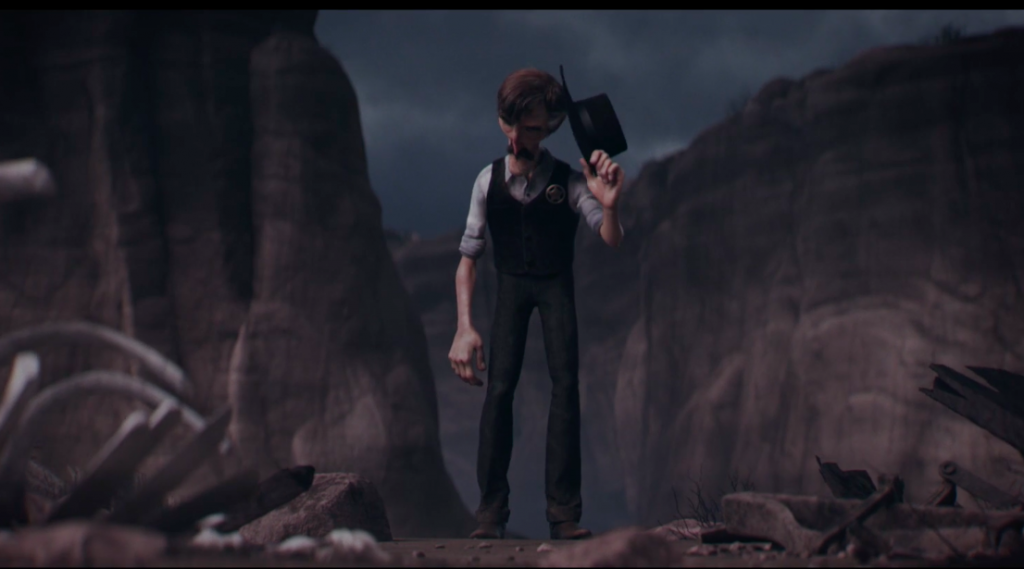 Pixar animators Lou Hamou-Lhadj and Andrew Coates quietly released their short film, Borrowed Time, on Vimeo for a limited time only, just a few days ago. It's crushing. Pixar has long established itself as a studio that manages to mix the existential with the exciting, the melancholy with the mercurial. At their best, from Toy Story to Up to Wall-E, Pixar makes animated films that dont shy away from ruminating on life in all its complexity, whether it be the anxities of childhood, feelings of abandonment and loneliness, to ruminations on loss.

This new animated short, however, is deeper and darker than those films. Borrowed Time reflects on loss and guilt, following a nearly silent man (with a Sheriff's badge pinned to his chest) as he walks around a desolate Western landscape, recalling a tragic moment from his childhood. The twist, when it comes, is one of the most shocking turns in any Pixar film.

In a "Why We Made Borrowed Time" featurette, Pixar animators Lou Hamou-Lhadj says that one of their goals was to contest "the notion of animation being a genre and one for children specifically. We really wanted to make something that was a little bit more adult in the thematic choices and show that animation could be a medium to tell any sort of story.”