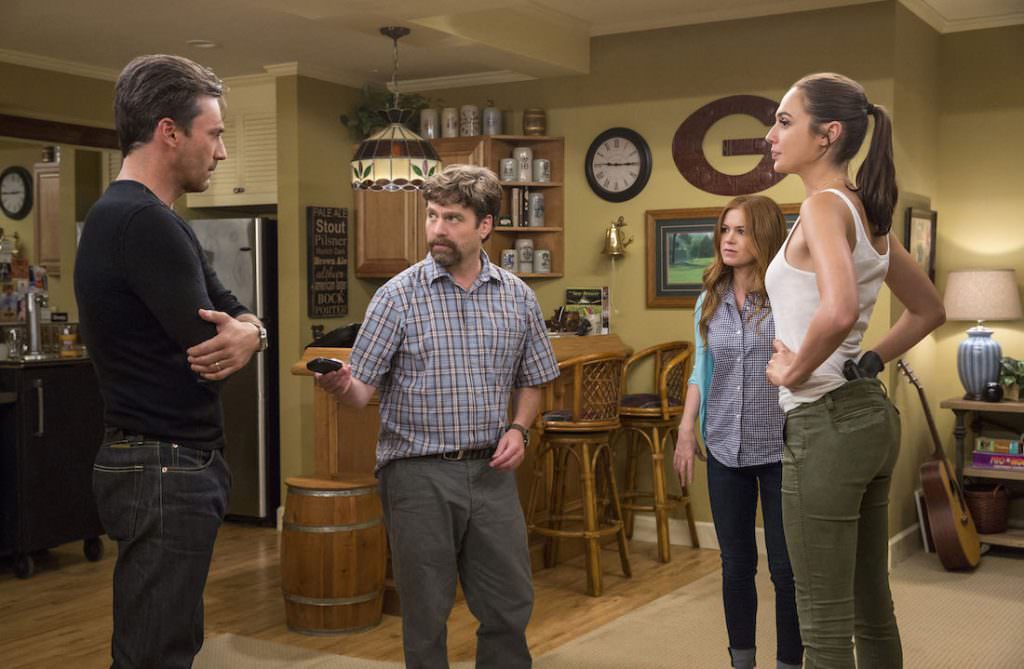 Watch a new Keeping up With the Joneses Clip

Super spies, meet super schmoes. Okay, maybe that's not entirely fair to the Gaffneys, an ordinary suburban couple played by Zach Galifianakis and Isla Fisher, but it's not too far off. In director Greg Mottola's comedy caper, the Gaffney's find that their new neighbors, the Joneses, played by Jon Hamm and Gal Gadot, are pretty tough competition. Especially when they find out these offensively attractive people are actually covert operatives.

Of course this means the Gaffneys need to be plunged into the dangerous (but sexy!) world of the Joneses. In this clip, we see the Gaffney's in a bit of trouble, but luckily for them, their utterly untrustworthy neighbors are there in the nick of time.

Written by Michael LeSieur, Keeping Up With The Joneses hits theaters on October 21, 2016.

TAGSKeeping up With the Joneses