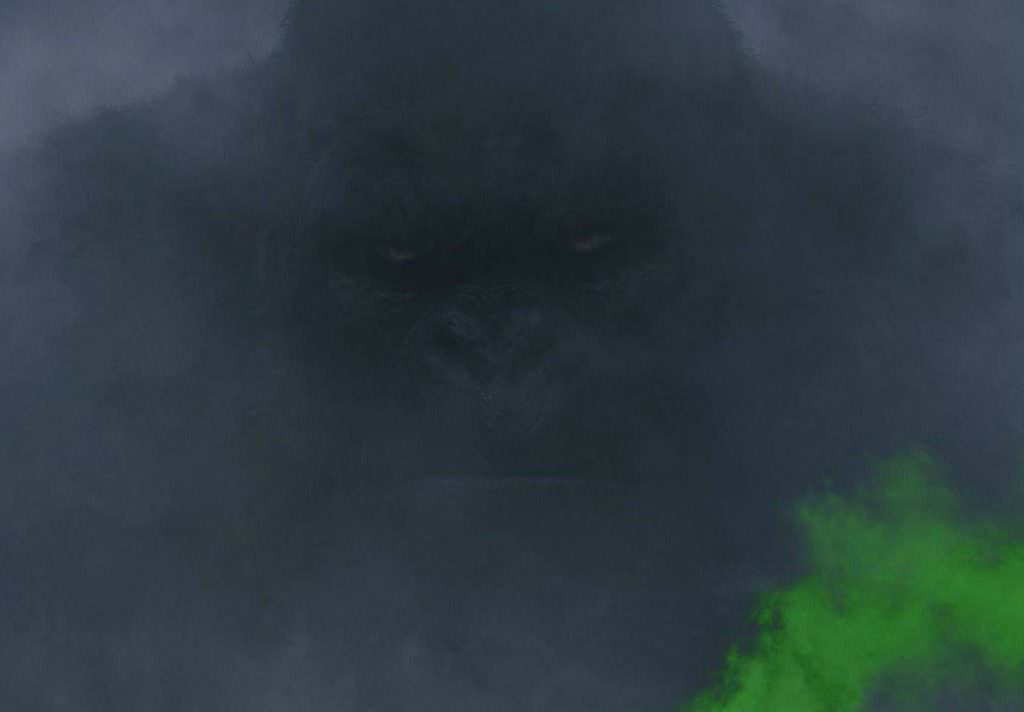 Riffing on Japans' own legendary monster, this Japanese trailer for Warner Bros. upcoming Kong: Skull Island teaser seems to hint at a battle we won't see for another two years—Godzilla vs. King Kong, which is slated for June 8, 2018. This is hinted at in a brief mention of Godzilla and the chosen shots in the teaser. One sequence in particular sees King Kong rising in the distance, huge against a blazing sun, and seems to us like a beautiful homage to Japan's iconic monster. For the full Kong: Skull Island Comic-Con trailer, click here.

Skull Island follows a team of explorers (many of whom you imagine are doomed) as they journey to the mysterious home of the king of the apes. They're led by character played by Tom Hiddleston's Captain James Conrad (a nod to Joseph Conrad, no doubt, the author of one of the most legendary 'dangerous journey' stories of all time, "Heart of Darkness"), who leds his people deep into the primordial island to find a missing man and a mythical serum. Samuel L. Jackson, Brie Larson, Jing Tian, Corey Hawkins, Jason Mitchell, John Ortiz, Shea Whigham and Toby Kebbell also star.

Jordan Vogt-Roberts directs, from a script by John Gatins and Max Borenstein.