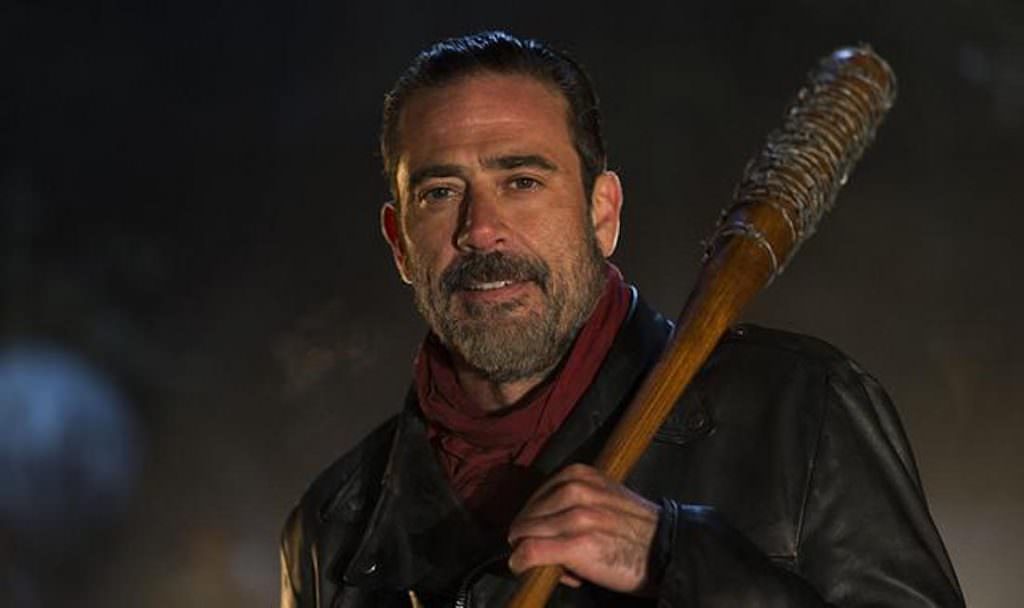 As we’ve discussed before, lots of people were viscerally upset after The Walking Dead’s cliffhanger season 6 finale. Now with the new sneak peek that AMC dropped at New York Comic-Con, we don’t imagine people are going to be any less emotional.

The new clip begins directly after Negan (Jeffery Dean Morgan) dispatched one of the show’s bigger stars. Dean himself admitted on the Erik Negal podcast had hard this has all been. “It’s brutal,” Dean says. He also says of the finale, “That was nothing. The first episode back is going to make the Negan introduction seem like a dog and pony show.”

The new teaser is not easy viewing. It also has one many folks on the internet are saying is a potential big reveal. Of course, the people behind The Walking Dead don’t release images without thinkingly deeply about them, so, consider the “clue” a possible bit of misdirection.

First, there’s Negan asking Rick if he’s got a right hand man, or (and here he raises his bloody bat, Lucille), he just offed him. So what do we make of the man part? Do we assume it’s Daryl, considering the garment on the ground after the camera pans down was something he was wearing?

Well, that seems to obvious of a reveal, and the internet has noticed something else down there on the blood soaked ground—a ring. To put a finer point on it, they think it’s Maggie’s engagement ring.

There’s already been rumors that multiple people don’t make it out of the premiere episode, and in our interview with Lennie James (the man who plays Morgan on the show), per Dean’s comments, the premiere is something you shouldn’t watch alone.

There might not be another season premiere that has had this many people involved warn you that it’s extremely difficult viewing. It’s time to take them seriously.