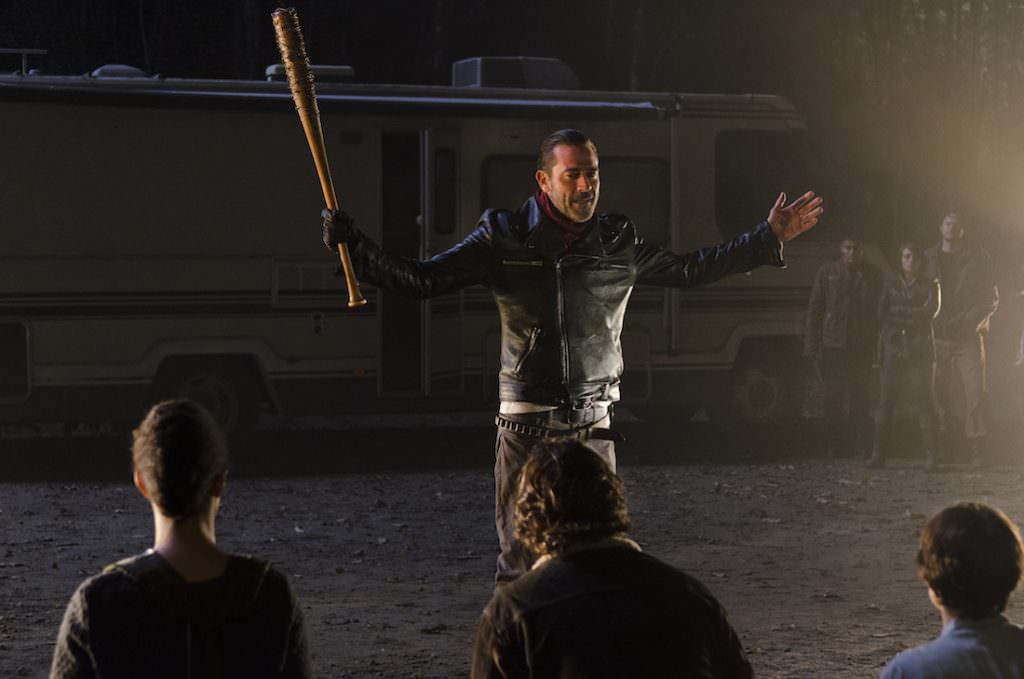 Yesterday we shared this brutal promo for season 7 of The Walking Dead. It showed the direct aftermath of season 6's finale, moments after Negan (Jeffrey Dean Morgan) killed one of the show's longstanding characters. While speculation on who (and it coudl be more than one person) Negan dispatched with his barbed wire covered bat, Lucielle, has been intense, what we've been reminding readers is that the premiere promises to about a lot more than just that one reveal. When we interviewed Lennie James (he plays Morgan), he told us the season 7 premiere was going to be so difficult to watch, viewers shouldn't watch it alone. Jeffrey Dean Morgan himself said the upcoming premiere made last season's finale look like "a dog and pony show," and said the episode was simply "brutal."

So what can we glean from this new look ahead at season 7 that AMC just dropped? First, it reflects on just how much Rick (Andrew Lincoln) and the gang had going for them in much of season 6. Rick had finally realized that the community they had found, and helped change, was what was keeping them alive and worth fighting for. Bonds were starting to strengthen, and things were looking up. That was until, of course, Rick's over confidence led them into the clutches of Negan, who not only leads a cult of personality, but a cult that doubles as an army. The main message of this new video is simple; Rick has met his match in Negan.

"The hardest thing that Rick had to tell with was the fact that he was completely helpless," says Greg Nicotero, executive producer.

"By the time they end up in that clearing, you see it all over Rick's face—how badly he's miscalculated, and how serious the price is they're all going to pay," says executive producer Gale Anne Hurd.

Those that survive will realize that Negan isn't controlling just one group of saviors, but many. "The fans should fear the most that Negan is capable of killing anyone, anyone that may you love on the show in a split second could be gone," says Hurd.

Yeah, we're going to grab a friend before we watch the season 7 premiere on October 23.