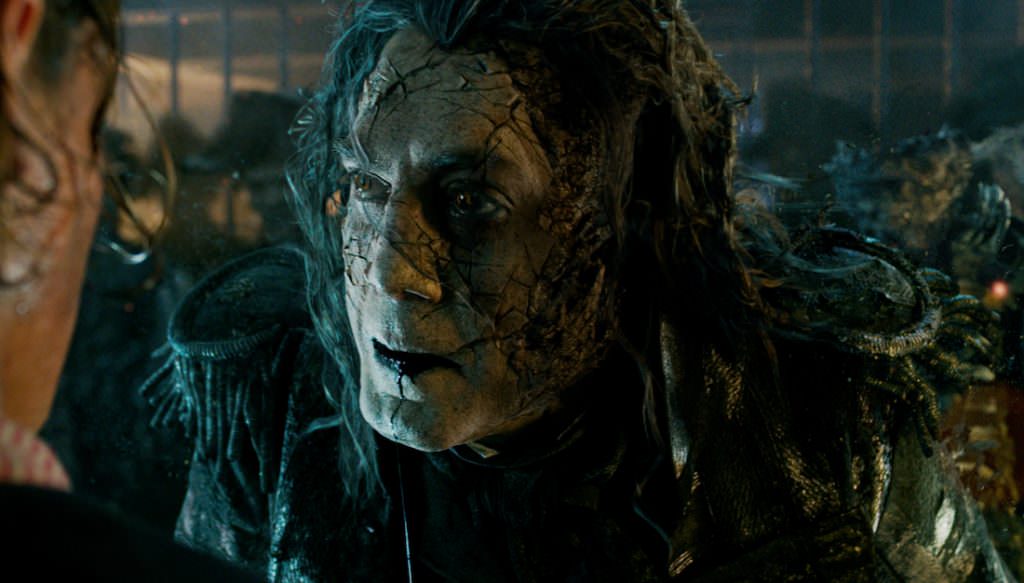 We're going to go out on a (wooden) limb and say that Javier Bardem's villain Captain Salazar will rise to the very top of your favorite Pirates of the Cairbbean moody, mean-spirited pirate list. In the first trailer for Dead Men Tell No Tales, Bardem's Salazar is the main event, overtaking a British ship in his quest for a certain somebody.

Walt Disney Pictures revealed the first Pirates of the Caribbean: Dead Men Tell No Tales trailer during the season 2 finale of Fear the Walking Dead.  Directed by Norwegian filmmakers Espen Sandberg and Joachim Rønning (Kon-Tiki), Dead Men Tell No Tales focuses on Salazar's manhunt to find Jack Sparrow (Johnny Depp, obviously) as he searches for the trident used by Poseidon. A few Pirates alums are returning; Orlando Bloom as Will Turner and Geoffrey Rush as Captain Barbosa. Newcomers include Brenton Thwaites (Maleficent, The Giver) also plays another new character named Henry. Also, in keeping with the franchise's history of casting musical legends, Dead Men Tell No Tales includes a role for Paul McCartney.

Pirates of the Caribbean: Dead Men Tell No Tales hits theaters in 2017.