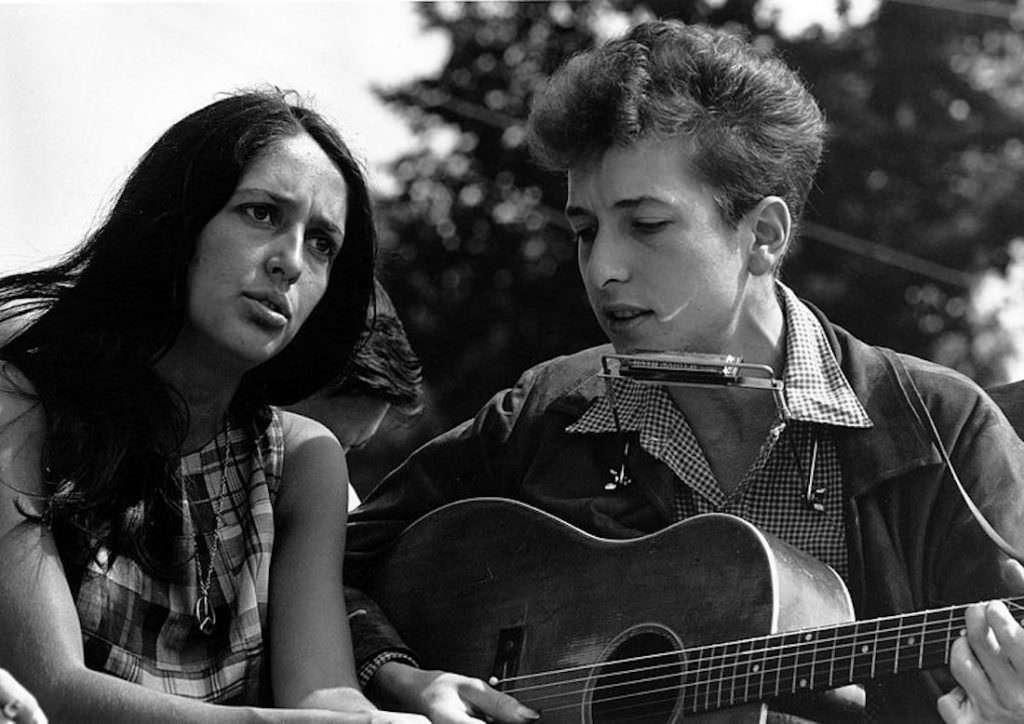 One of the greatest lyricists in American music history, Bob Dylan, has received the Nobel Prize in literature. His influence on songwriting is undeniable, single handedly reviving folk music in America and influencing every other genre over the past five decades. As Slate's Stephen Metcalf writes (in a piece gently arguing that the prize should have gone to a writer, not a musician), "It was Dylan, more than anyone, who took Truth from out of the Victorian attic and put it into rock ’n’ roll; put it on the AM radio. More than any individual, I think, he pulled the American mainstream away from its near absolute commitment to a style of middlebrow-po-faced-imperial-parochialrighteousness that helped drag us, among other places, into Vietnam."

A sweeping creative force, Dylan has transcended his medium time and again, appearing in and inspiring decades of filmmaking. His songs often have the complexity of mini movie-plots, even inspiring feature films like The Hurricane from his song of the same name, or, in Dazed and Confused, the song itself is used in a memorable sequence.

Appearing in Martin Scorsese’s classic The Last Waltz, which followed the Canadian roots rockers The Band and their decision to call it quits with a lavish farewell show at San Francisco's Winterland Ballroom on Nov. 25, 1976, Dylan was featured alongside giants like Eric Clapton, Joni Mitchell and Muddy Waters. It was Dylan, however, who closed out the concert film with four songs.

In Pat Garrett and Billy the Kid featured Dylan as gang member Alias, and despite low box office sales, it spawned the mega-hit "Knockin’ on Heaven’s Door." In 1987, Dylan took on the role of has been rock star Billy Parker in Hearts of Fire. He again made musical contributions to the film penning "Night After Night" and "I Had a Dream About You, Baby."

A pop culture icon himself, Dylan has been the inspiration and subject for movies like 2007’s I’m Not There, in which Christian Bale, Cate Blanchett, Marcus Carl Franklin, Richard Gere, Heath Ledger and Ben Whishaw all embody the musician.

Dylan has literally hundreds of soundtrack credits with his music appearing in iconic films such as Forrest Gump, High Fidelity and The Big Lebowski. His work finally earned him an Oscar for "Things Have Changed" in the Michael Douglas film Wonder Boys.

Dylan helped vent his frustrations and sorrows into his music, creating an incredibly rich, layered body of work that set the bar extremely high for storytellers of all stripes. We wonder what he might be writing about our current cultural moment. Perhaps a protest song?