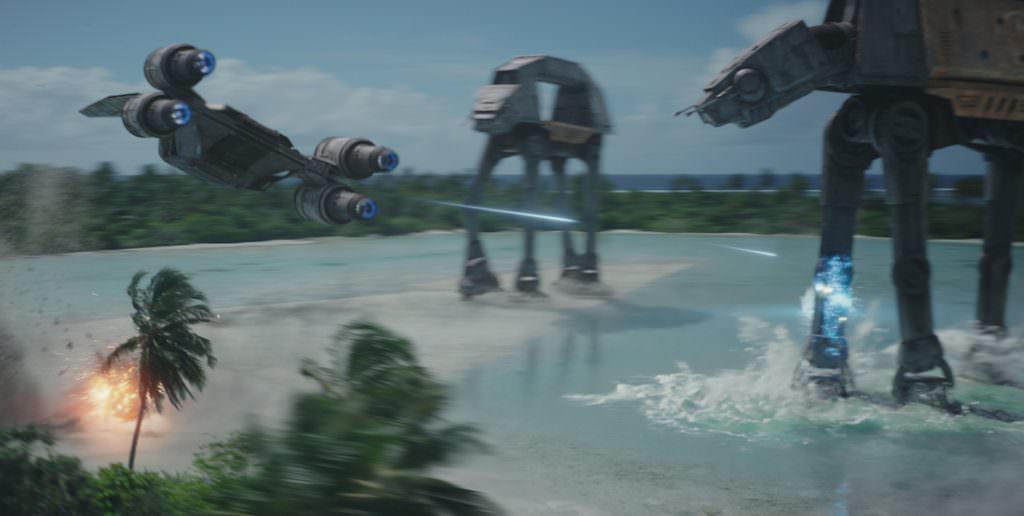 Just this morning we shared with you the final Rogue One: A Star Wars Story trailer. It's a doozy, right? And along with the final trailer, Disney has also delivered a batch of new photos to pour over. Let's have a look (all photos Courtesy Walt Disney Studios): 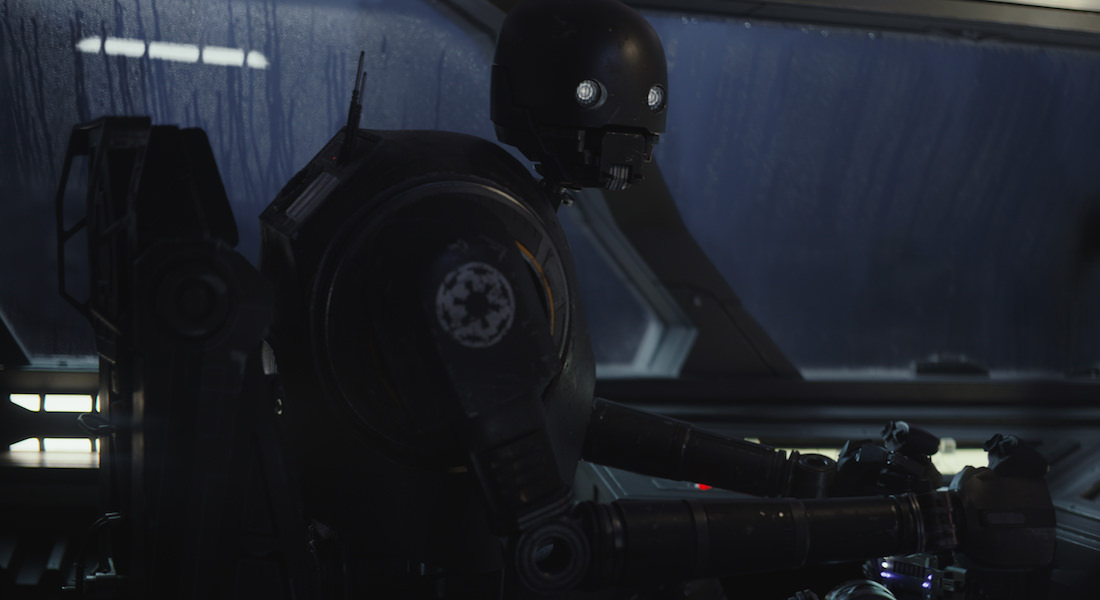 Alan Tudyk plays K-2S0 (called 'Kaytoo' by his rebel comrades), a new droid who is essentially the anti C-3P0. 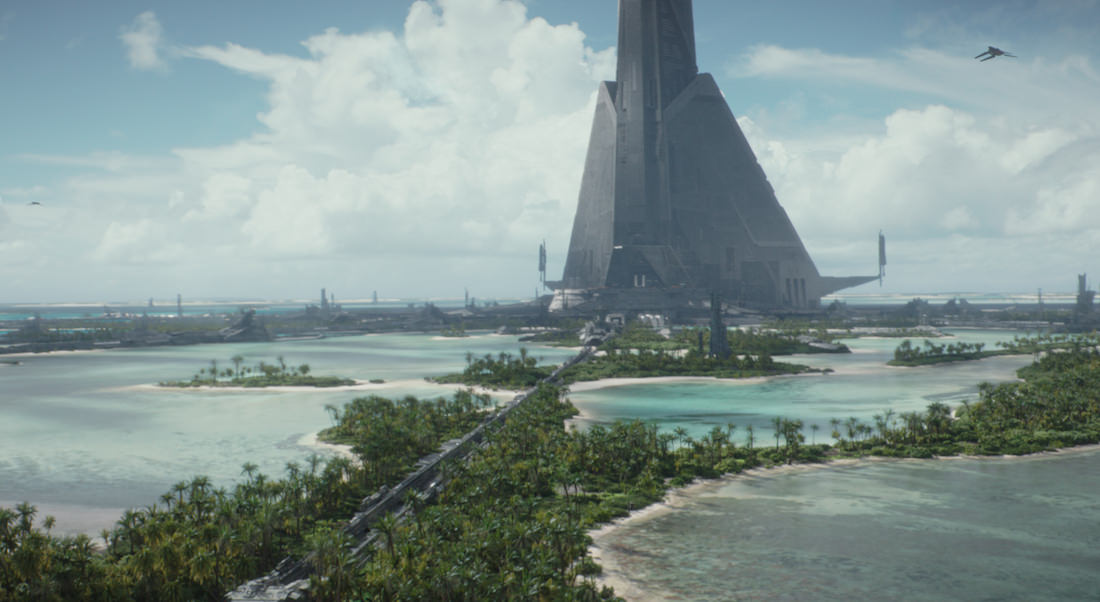 This is likely the lush tropical planet of Jedah, where Donnie Yen's Chirrut Imwe, the blind monk on Jyn Erso's team, is from. 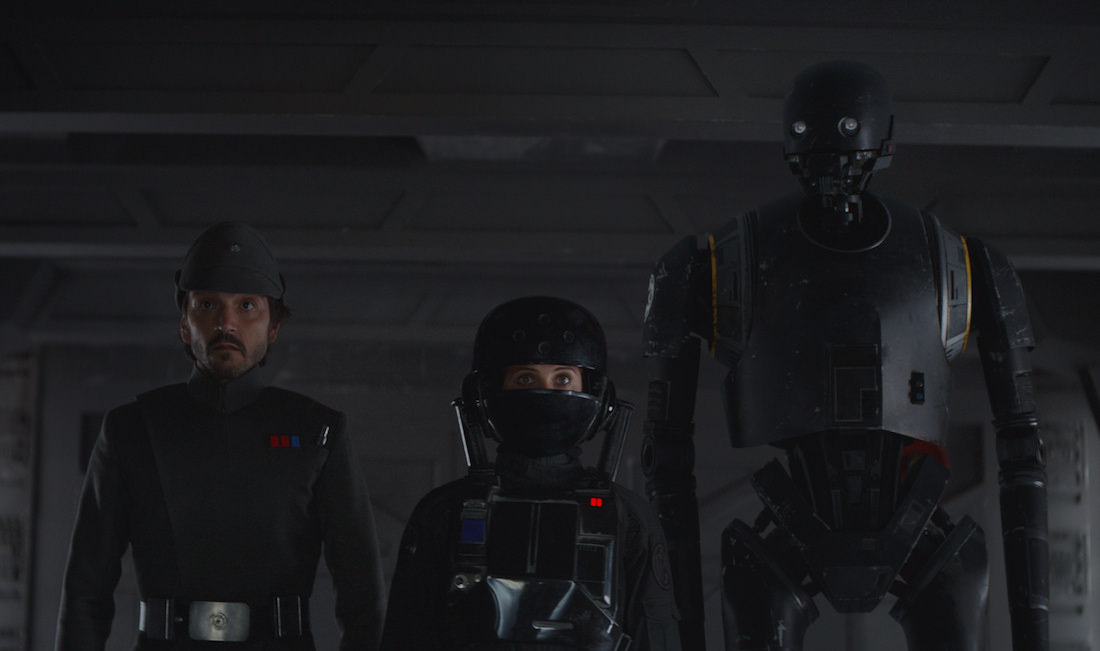 Here's Diego Luna as Cassian, Felicity Jones as Erso (in an amazing faux droid get up), and K-2S0, who was formerly an Imperial security droid, until Cassian wiped his memory wipe and reprogramed him to be a Rebel with the Alliance. 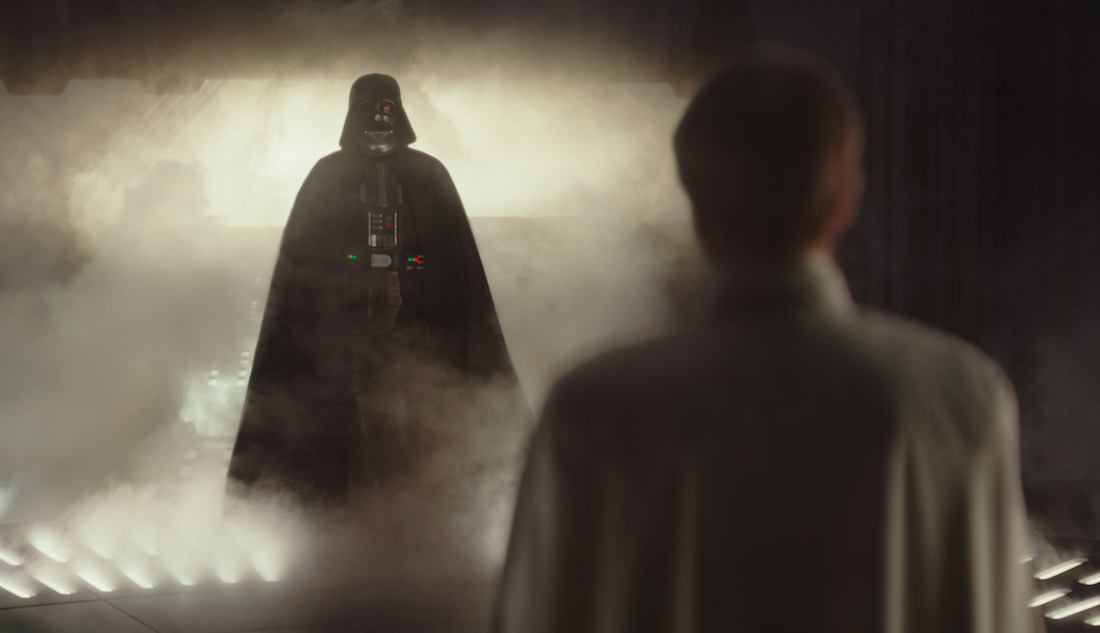 The half man, half droid, all Sith Lord needs no introduction. Donnie Yen's Chirrut Imwe, a valuable member of the Rebels it would seem. 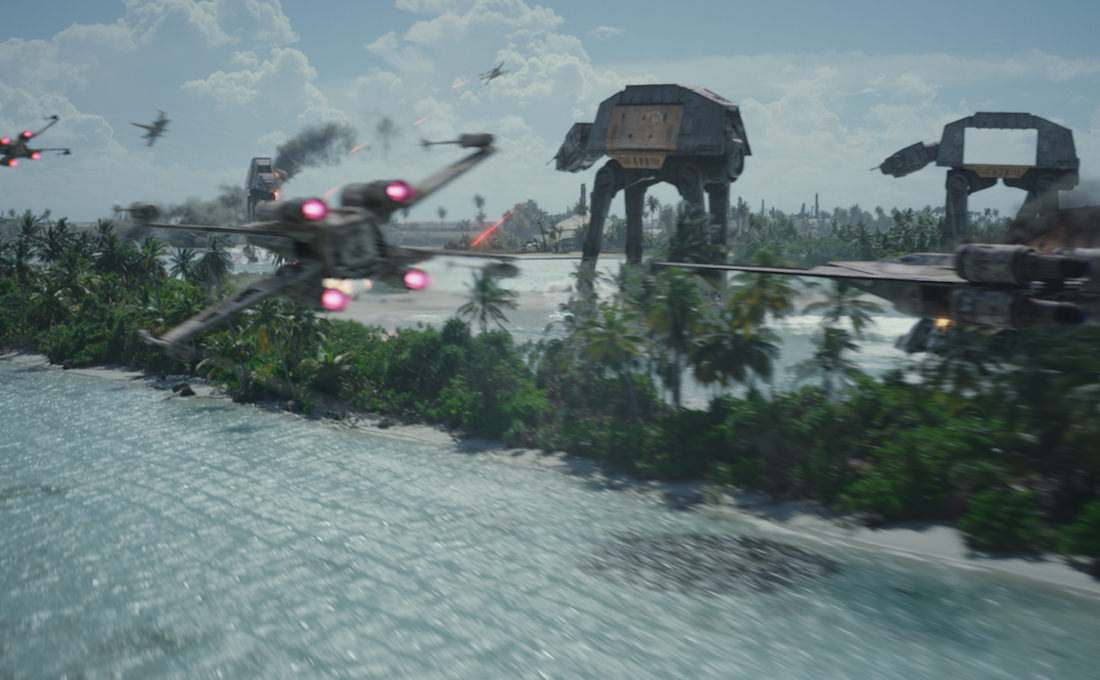 The new AT-ATs in Rogue One which aren't, actually, AT-ATs. You'll notice they look a little different from the AT-ATs made famous in The Empire Strikes Back. These, folks, are AT-ACTs—All Terrain Armored Cargo Transports. They're larger than the standard All Terrain Armored Transport combat walkers that were featured in Empire. 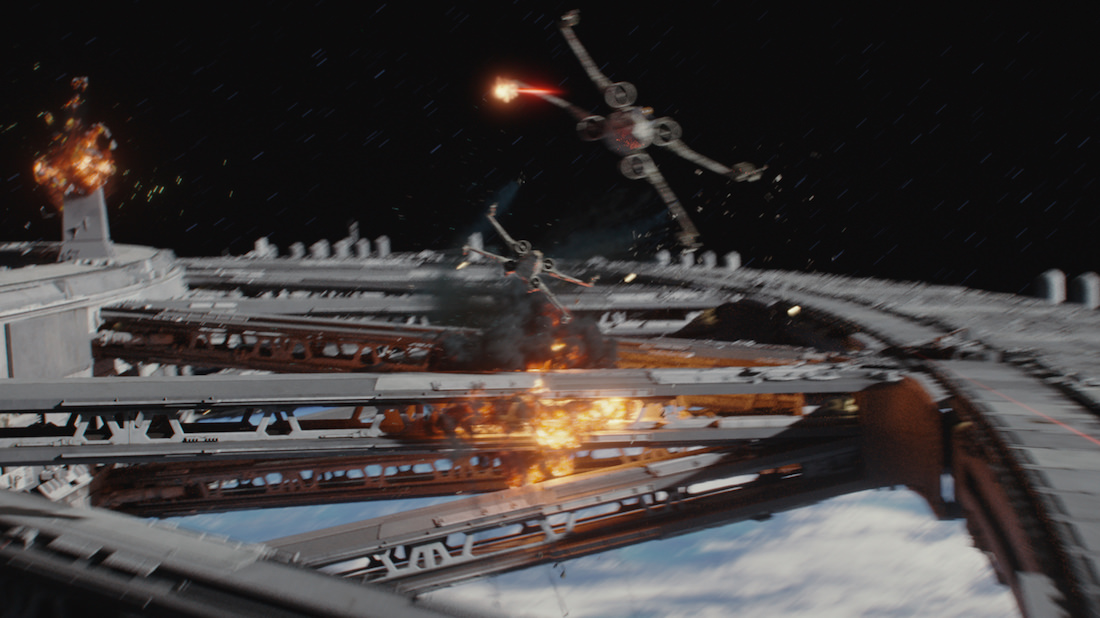 Two X-Wing fighters in the middle of a battle. A Rebel counsel discusses the Death Star, and what they're going to do about it—or else.