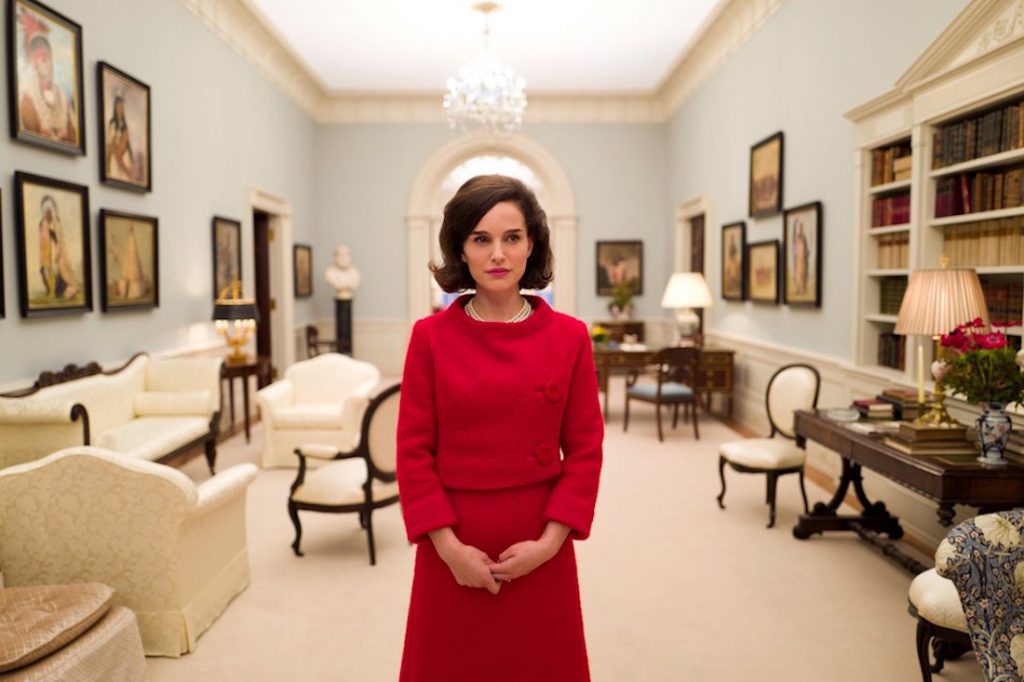 Natalie Portman’s performance in Jackie has drawn raves at both the Venice and Toronto Film Festivals. Now you can see what all the buzz is about in the new trailer.

The film focuses on the days after the assassination of her husband, John F. Kennedy, built around Theodore H. White’s Life magazine interview with her at Hyannis Port, Massachusetts. The trailer packs a ton of punch (the score alone is haunting), including a moment sure to make audiences' jaws drop; Jackie washing JFK's blood off in the shower. Portman's voiceover hints at the way she's managed to appropriate Jackie's breathy speaking manner without mimicking it. The film and her performance will likely be in the thick of the Oscars hunt.

Fox Searchlight will release Jackie in limited theaters on Dec. 2.