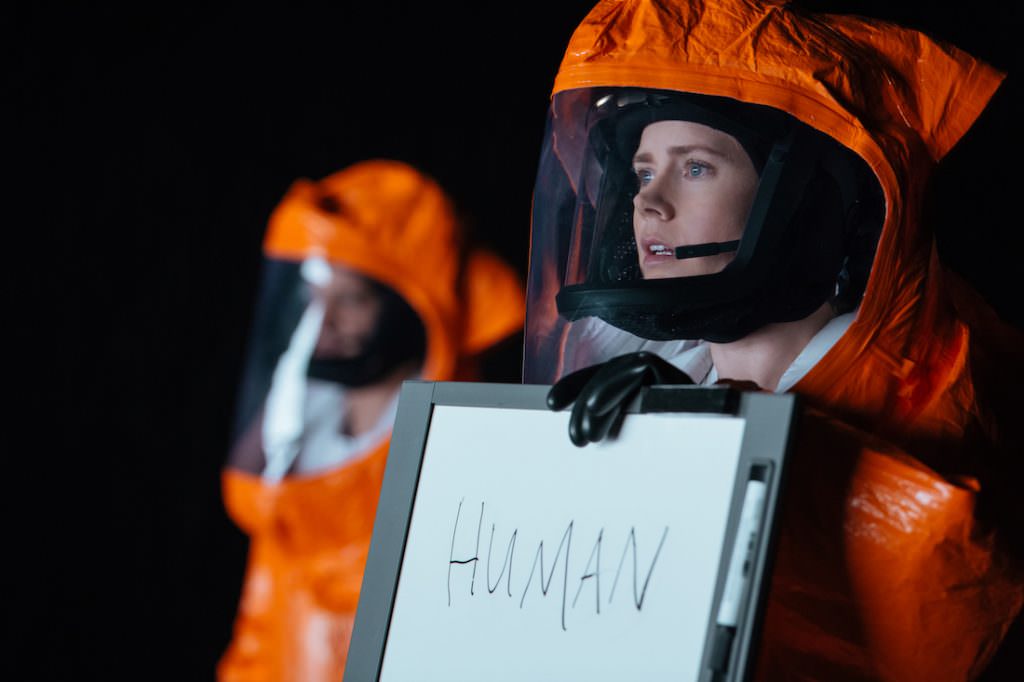 We’ve written before how excited we are for Denis Villeneuve’s Arrival. After helming the thrilling, blood-soaked Sicario, Villeneuve’s turn towards a cerebral, haunting sci-fi film was just the type of unexpected transition you love from an up-and-coming director. The film premiered to rave reviews at the Toronto International Film Festival, and this final trailer gives us one more reason to look forward to the film’s release.

Sci-fi’s enjoying a comeback. With HBO’s Westworld reminding audiences that the genre has always attracted some of our finest storytellers (Steven Spielberg, anyone?), Arrival looks like it could do the same for the genre on the big screen, to an even greater extent than Ex Machina did last year.

This could mean that Amy Adams, as linguist Louise Banks, could get serious attention come awards season, and her supporting cast is filled with great actors, too. Jeremy Renner, Michael Stuhlbarg, and Forest Whitaker would make any film worth paying attention to. Arrival also gives audiences a chance to remember all the narrative riches a movie about aliens that doesn't necessarily make them evil or intent on taking over the planet provides. Close Encounters of the Third Kind remains one of the great sci-fi films of all time, and nary a single city block, let alone a whole city, needed to be destroyed to make the film so intense.