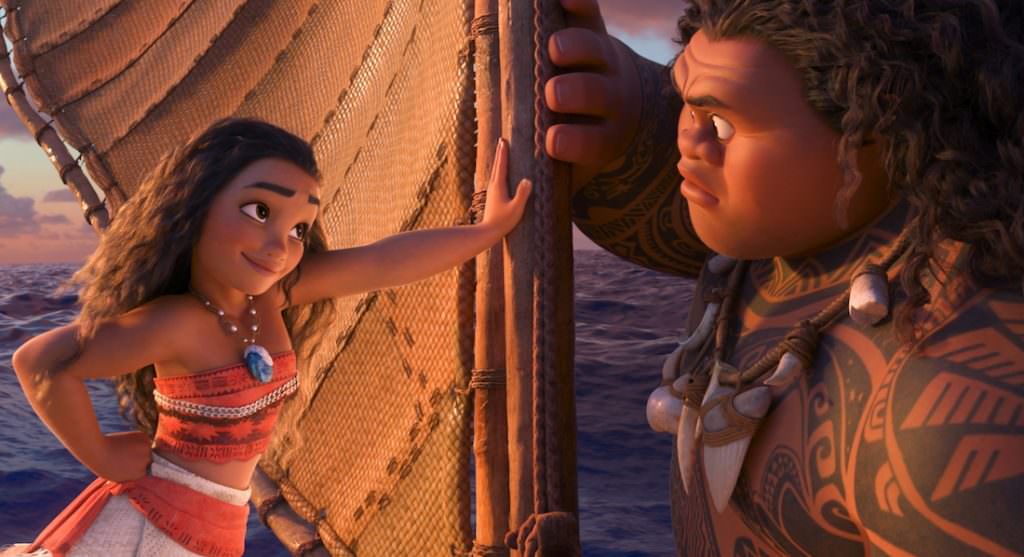 Can Dwayne Johnson sing? In the newest clip from Moana, the multitalented performer puts that question to rest as his formerly mighty demigod Maui sings a little diddy for his new friend. Have a look and listen:

Walt Disney Animation Studios Moana is about the eponymous adventurous teenager (voice of Auli‘i Cravalho) who sets sail on a dangerous mission to save her people. On this journey she meets the once-mighty demigod Maui (Johnson), and together they sail across the ocean, facing off against sea monsters and all sorts of mayhem, all in an effort to help Moana fulfill an ancient quest her ancestors had embarked on long ago.

Moana is directed by Ron Clements and John Musker (The Little Mermaid, Aladdin, The Princess & the Frog). It opens on Nov. 23, 2016.