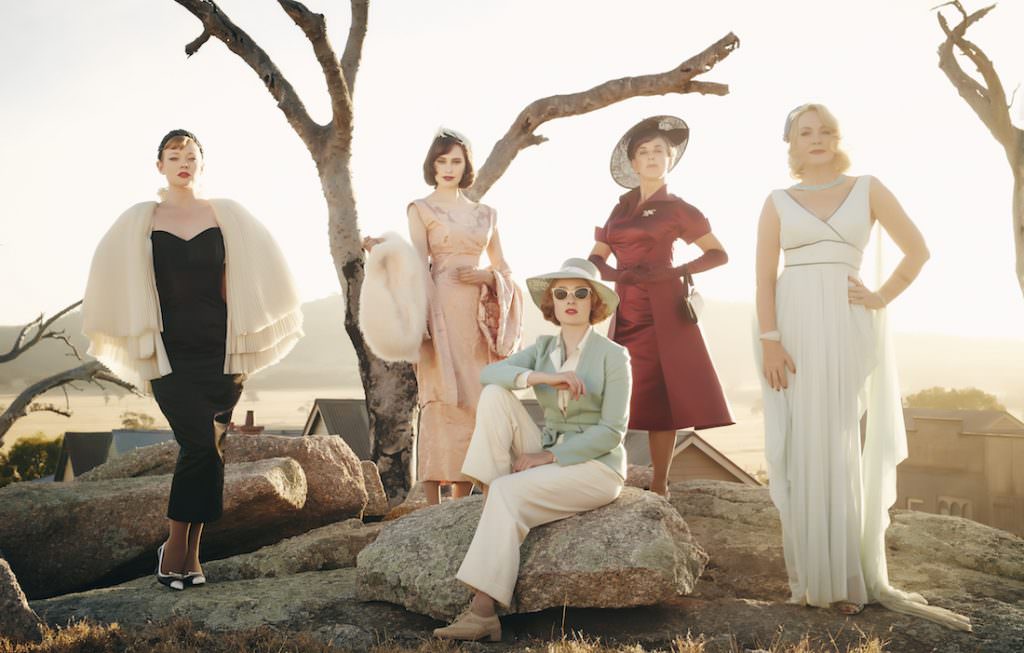 The Dressmaker, directed by Jocelyn Moorhouse and adapted from Rosalie Ham’s beloved novel, stars Kate Winslet as Tilly Dunnage, a chic, sophisticated dressmaker who returns from Paris to her small Australian outback town to find out the truth behind the scandal she was at the center of as a child. We speak to costume designer Marion Boyce about designing the incredible costumes, alongside Margot Wilson, that are the backbone of this offbeat comedy/drama.

The film was just beautiful and I thought it was a really wonderful rendering of the book. Was it an enjoyable process for you? I imagine it was probably quite stressful. You had to create so many costumes!

It was, but it was fantastic. I read the book when it first came out and just went, ‘Oh my god, this would make a fantastic film.’ Sort of a costume designer's dream really. Quite strangely, about a year before it was announced they were making The Dressmaker, one of my sewers sent me the book for Christmas. This was a few years after it came out, she found it in an op shop and she sent it to me. Inside it said, ‘This must be made into film, you must do it and I must sew on it.’ That all came to fruition, so it was quite a nice journey in a way.

The costumes play such an important role in the narrative of the film. That must have been a real gift, from a costume designer's perspective, but also quite a lot of pressure, I would imagine. Did you feel that going into it?

I did to begin with and then you’ve got to dive in and just start living in the film. It's a strange thing, you become so absorbed in what you're doing. You don't have time to be stressed about the whole entire thing. You've got to get it right. Filmmaking is a very collaborative thing, so you spend a lot of time talking with the producer, director, production designer et cetera, et cetera. It is a journey that you all go on, which is really quite lovely. It was great for us, the costumes being part of the story arc, and the storytelling being that the story followed the journey of the frocks and the transformation of people. 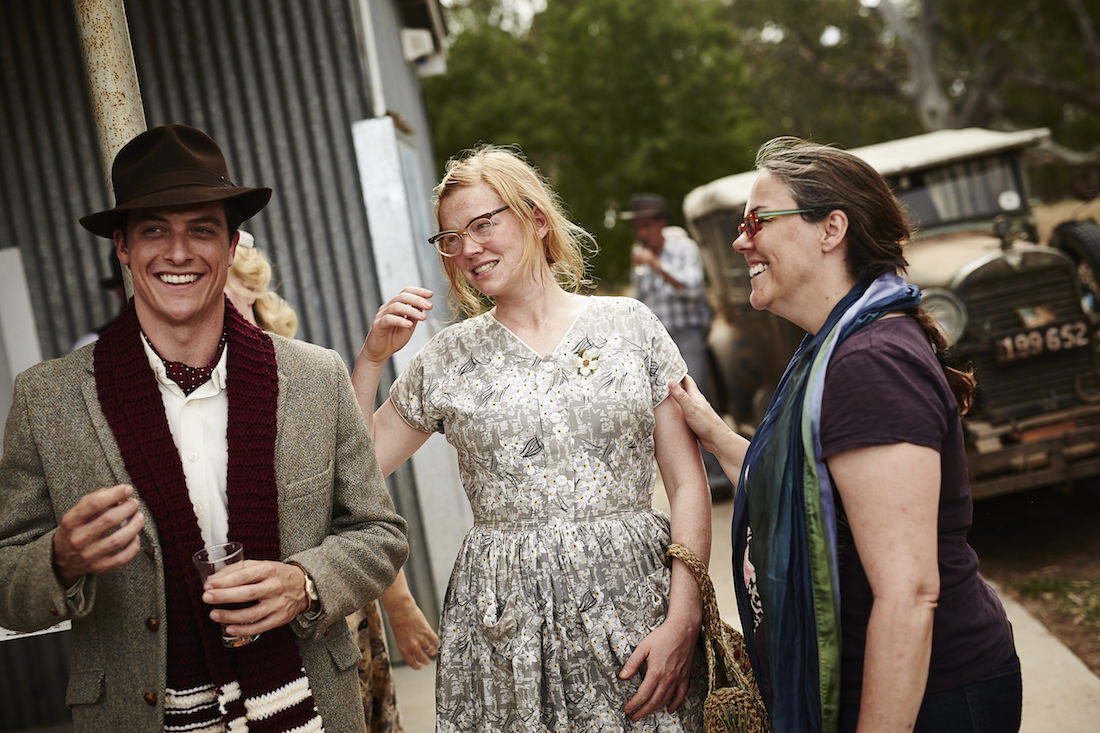 The color palette of the costumes starts with the earthy colors of the bush and then Tilly comes into town bringing all the color and glamor of Paris. Can you talk me through, from your perspective, how that metamorphosis happened throughout the film and how you approached that?

The hardest thing for me in a way was we all had seen numerous films and books and designers' books about the '50s. The hardest thing was to actually give it new life, and to make it feel strong and powerful, instead of doing a copy of something. As in: ‘Oh, that's very Dior, that's very Balenciaga’. 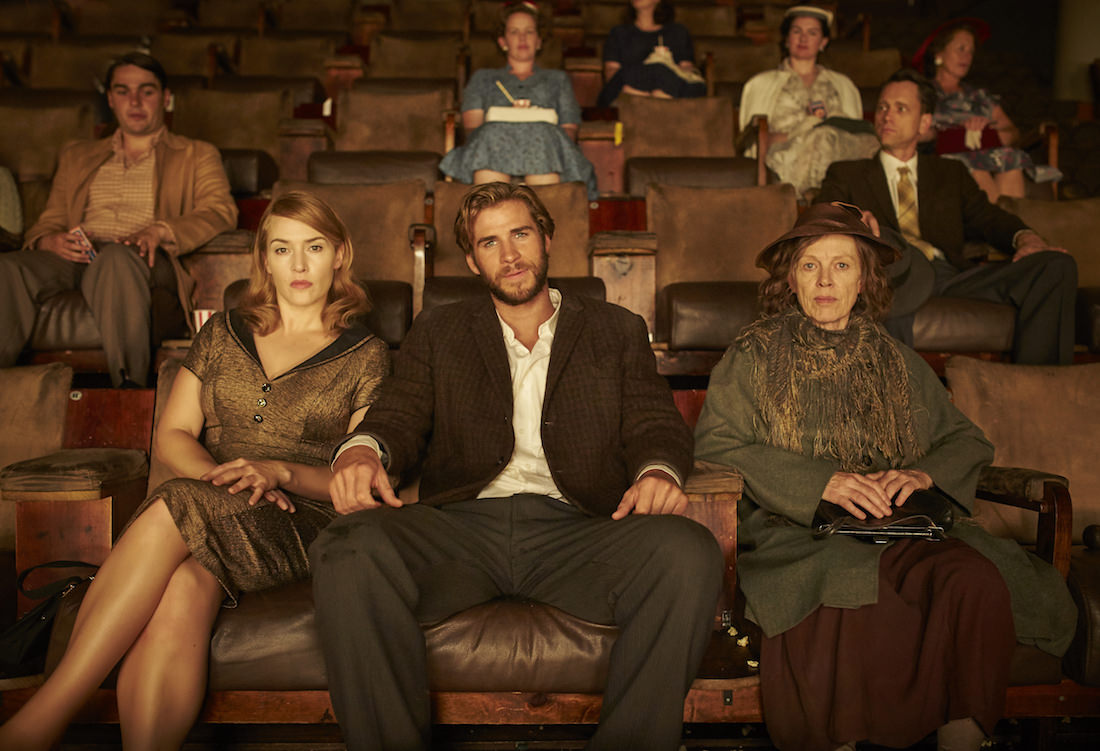 The costumes needed to feel authentic and fit the characters of film?

Correct, correct. One of my biggest inspirations was looking at the reportage, the photographs from Irving Penn and Richard Avedon. They reinvented photography in the early '50s… fashion photography. They all of a sudden had these women doing wild, exotic things in couture, and had a lot of fun and it was really powerful. I wanted to bring that power to the screen, that you saw in the photographs.

Costume designer Margot Wilson designed all of Tilly's costumes. How did you navigate that process?

It's not unusual for someone like Kate Winslet to be attached with someone- and she'd worked with Margot before. A lot of times it's a comfort thing. It was really good in a lot of ways, because as we all know, what a designer designs for someone is very different from what they would design for themselves And as Tilly is a dressmaker, it was quite nice having two very different designers doing different parts of the film. We decided on what the film was, and it was really quite a nice marriage.

The costumes complemented each other beautifully, so you obviously work well together.

You were responsible for about 350 costumes for the rest of the cast, is that right?

We made an awful lot of clothes. For the main cast there was over 350 changes. Gertie had something like 27 herself. There was an enormous amount of clothing in that film. But a lot of fun. My dream job is being in the workroom. 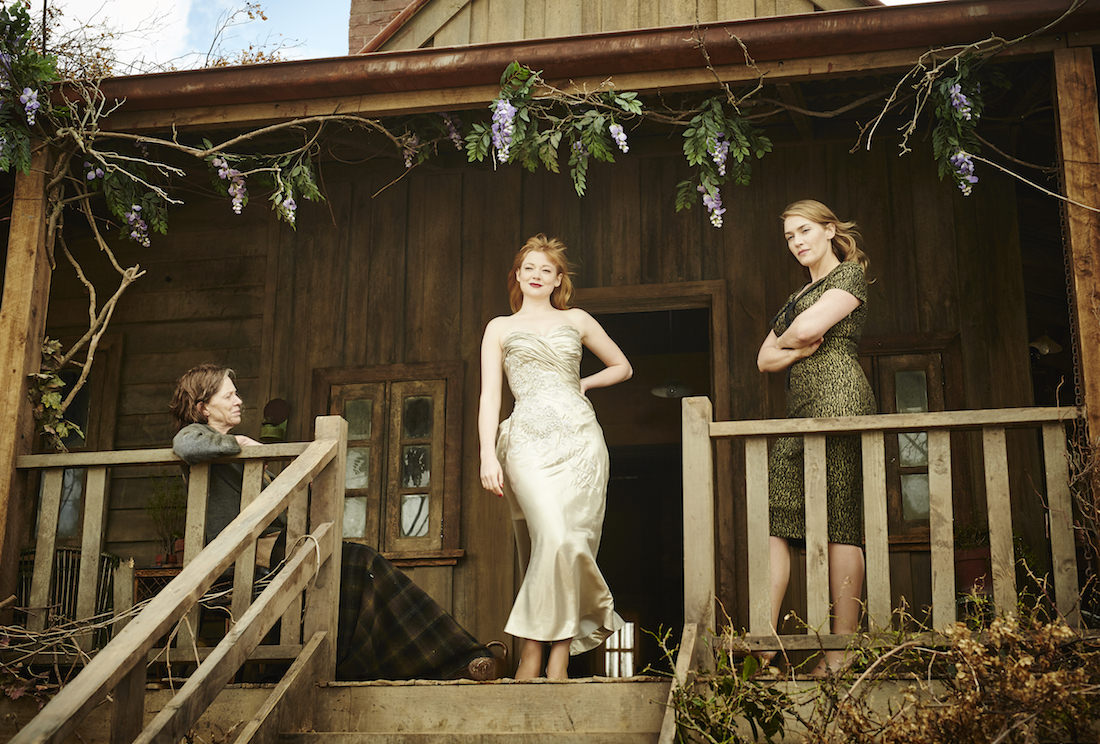 I imagine Gertie would have been a favorite for you to design for. She had some fabulous frocks. The transformation her character makes as well- everyone loves a makeover story!

She did, she had all of the best moments. She had the Cinderella moment- being the princess coming to the ball. And that other Cinderella moment, where she looked like the wicked stepmother in that very bad wedding frock.

I was going to ask you about that horrible wedding dress, designed by Tilly’s rival. Is that quite fun, to try and make a garment that is all wrong and badly made? Did you just go to town and do everything a dressmaker shouldn't do?

In a way. It's quite hard to get these really fabulous professionals, all your technicians, your cutters, your sewers, to actually not mark the edges and have bits hanging and they go, ‘But Marion it's cream and it's white!’ and you just go, ‘Yup’. It's fabulous.

That whole process started with the size of the window that she had to get out of. Then I thought, if the dress is three times as big, it will be great, because Sarah Snook is fantastic at physical comedy and the whole idea of her running through this town, in this incredibly big dress- it's like a pantomime, in a way. This huge dress with really exaggerated sleeves, her running through the town, falling down the hills, going over barbed-wire fences in a massive meringue of a frock, was really irresistibly funny.

I imagine that, with a lot of the 1950s clothing, it's hard these days to fit those vintage clothes to modern bodies. Were there a few things that were actually proper vintage pieces?

There were a few things that were vintage. We did have to remake them, because they never do quite fit. The underwear we custom-made for everybody. All the corsetry we actually made for every actress. To fit into those '50s frocks, you needed the corsetry and that's where it would come a cropper.

So the underwear serves as the structural base for all the silhouettes?

One of the first big jobs is actually to work out the silhouettes of the period. Once you've nailed the dimensions and the silhouettes, you can then start creating. But we build each individual- so Gertrude had different corsetry for different parts of the film, to exaggerate her figure, et cetera. By the time she became junior Mrs. Beaumont, she'd been loosened up a lot, and she could have such an extreme sort of shape, and then she had the much frumpier shape when she started her journey.

The most extreme silhouette was when she was still trying to land her husband!

Oh yes. That's right! Well, you know, you have these shining moments.

Did you have a stand-out costume that was your favorite? Was there something for you that holds a special place in your heart?

Probably the silk organza cape that Gertrude wore when she was prancing around. The white, eggshell, pleated cape with the extreme black wiggle dress underneath, that was quite interesting.

When I first went to see the location, I was gobsmacked by how extreme it was in some ways, with the dust and petrified trees and boulders and I thought, ‘Oh my God. Wow. Couture?’ It took a little bit of an adjustment, really, but then I saw these birds come down and it was really lovely and that's where that came from, and it all made sense to me, that these were birds preening and this was what these women were doing. It played into that whole thing about how awful those women were, so it was actually quite a moment that it all made sense to me. That cape is part of that, the big wingspan of birds, so that was a big moment for me to work out how to put that on screen.

What was the biggest challenge?

See, that cape was the biggest challenge. To make that look so effortless and to actually do all the three tiers in that, to have them even, and to make it look like a bird- there's actually a huge undercarriage that had to be built underneath it to control it. It was a very interesting challenge to construct.

You had to go to an artisan pleater, who steamed the pleats in for that. Where were they based?

They're in Melbourne. It's actually sad at the moment, he's thinking he's going to have to close his doors. I think a lot of people don't understand that you can pleat fabric and that there is a service out there that you can get that done. He's old-school and his work is beautiful.

Does that worry you, skills like that disappearing? People with those very specific skills, that obviously you would utilize in your line of work, but maybe people in the wider community don't, does that sadden you?

Oh absolutely. Just in the last few years, there's 350 color cottons that are being dumped from the color spectrum, because they don't think that we need them any more in every way. We have to search harder and wider to actually find the people with the skill sets that are required and it's really very sad.

I'm hoping a bit of a Victorian piece. I can't really talk about it, it's in negotiation. A completely different era, but one that's equally thrilling.