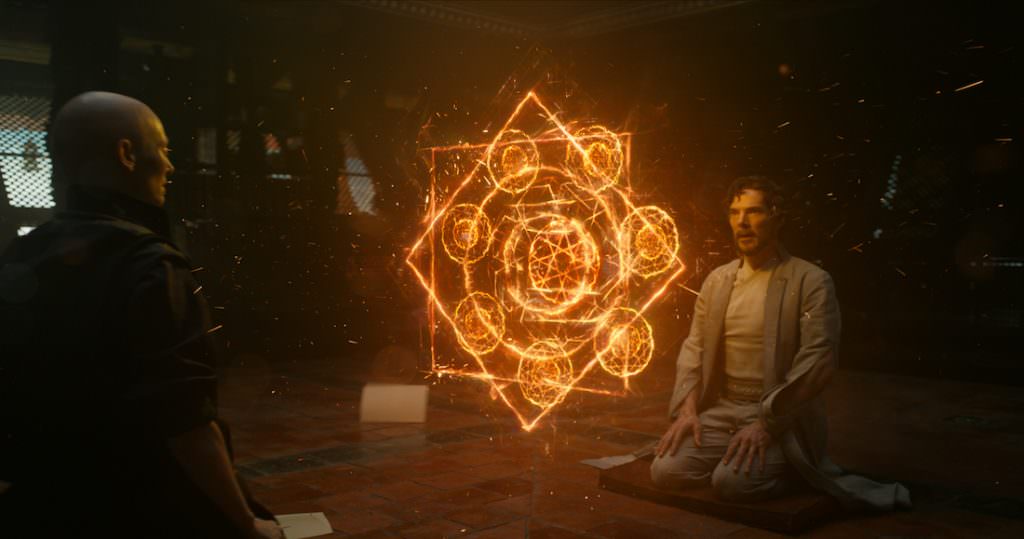 With just nine days until the premiere of Doctor Strange and a ton of positive reactions already percolating from the press screening, Marvel and Walt Disney Studios can expect their new addition to the Marvel Cinematic Universe to have a huge ripple effect. With critics hailing the film's "dark and spooky psychedelic horrors" and calling it a "wonderfully trippy, visually stunning origin story that intros great characters into the MCU," it looks like Benedict Cumberbatch's mystical medical wizard is the true start to Phase 3 of the Marvel Cinematic Universe.

Cumberbatch was speaking to Reuters at the Doctor Strange London premiere, and had this to say about how he thinks his character will affect the coming Marvel films: "It was a real left turn for the comic universe, let alone the cinematic one. It was very dark and mischievous and psychedelic and otherworldly and to try and replicate that in modern cinema is one of the great challenges…It does feel like a new chapter for Marvel and it's definitely a new direction for me and I definitely enjoyed playing this character so if people are enjoying it then we've done something right."

Marvel's Phase 3 film slate officially began with Captain America: Civil War, which introduced us to Black Panther (a superhero who will also expand the MCU into richer narrative territory), but Doctor Strange can be looked at as a film that truly stretches what the MCU is and can be. Up until now, the Marvel films have been lagely sci-fi and action thrillers. Every film in the Iron Man, Thor, Avengers and Captain America series have touched upon the sciene (and lore) backing all of these characters. Phase 1 was all about origin stories; Marvel set about introducing these superheroes and explaining how they came to be, most of which had to do with science fiction in one way or another, be it technological innovation (Iron Man, Vision), scientific experiments (Captain America, the Hulk) or exo-planetary voodoo (Thor). Phase 2 looked deeper into their psyches and upped the stakes; now their exploits were becoming legend, and this wasn't neccessarily a good thing. Now with Phase 3, thanks to Doctor Strange, Marvel gets to introduce a whole new palette to their films by giving us a superhero whose powers are beyond scientific rationalization.

And this might just be exactly the kind of mystical mayhem the MCU needed; a superhero who straddles that universe while plying his trade in other dimensions as well.