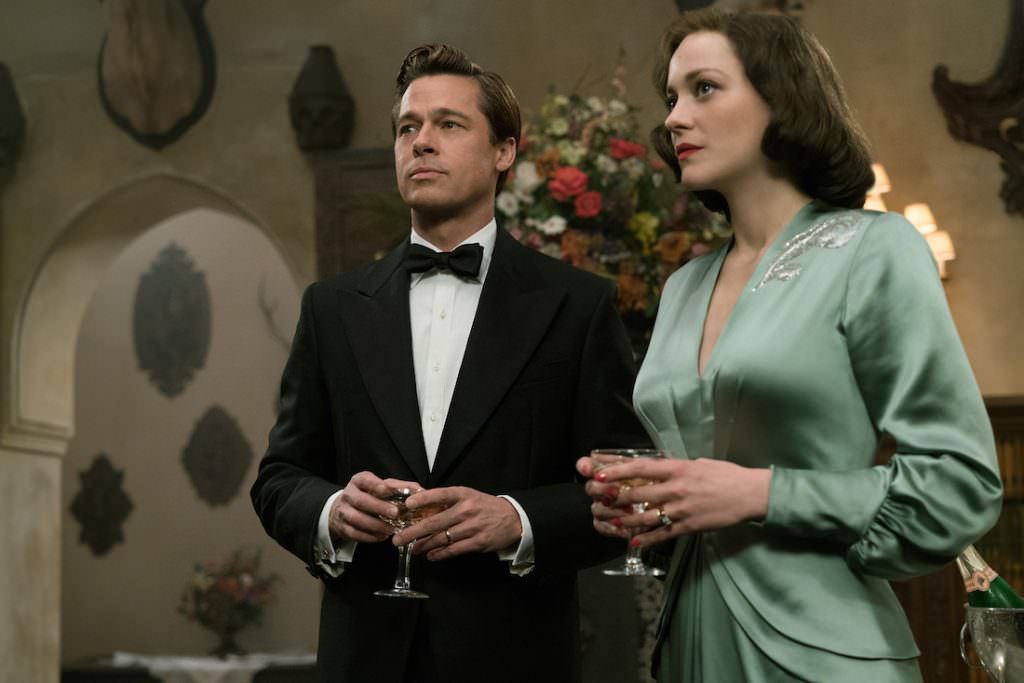 The last time we checked in on director Robert Zemeckis's Allied, we showed you this very promising trailer. The film warrants your attention; it's a romantic thriller set during World War II from an Oscar-winning director, written by an Oscar-nominated writer (Steven Knight, Dirty Pretty Things) and starring two Oscar-winning lead actors in Marion Cotillard and Brad Pitt—(Pitt won his Oscar for producing, but he's been nominated for acting three times) should be more than enough to excite you. Then add to that the trailers thus far have been pretty excellent. The latest is a perfect example:

This new clip gives us a much deeper look into the relationship between Pitt's Canadian intelligence officer, Max, and Cotillard's French Resistance fighter, Marianne, while the two embark on a dangerous mission in North Africa.

When the reunite in London, they marry and have a baby just as the horrors of the war increase. Then Max gets the news; his superiors believe Marianne is an undercover Nazi spy, and he needs to kill her.

This, folks, is a fantastic set up to a film, and one that warrants our attention. Allied storms into theaters on November 23, 2016.