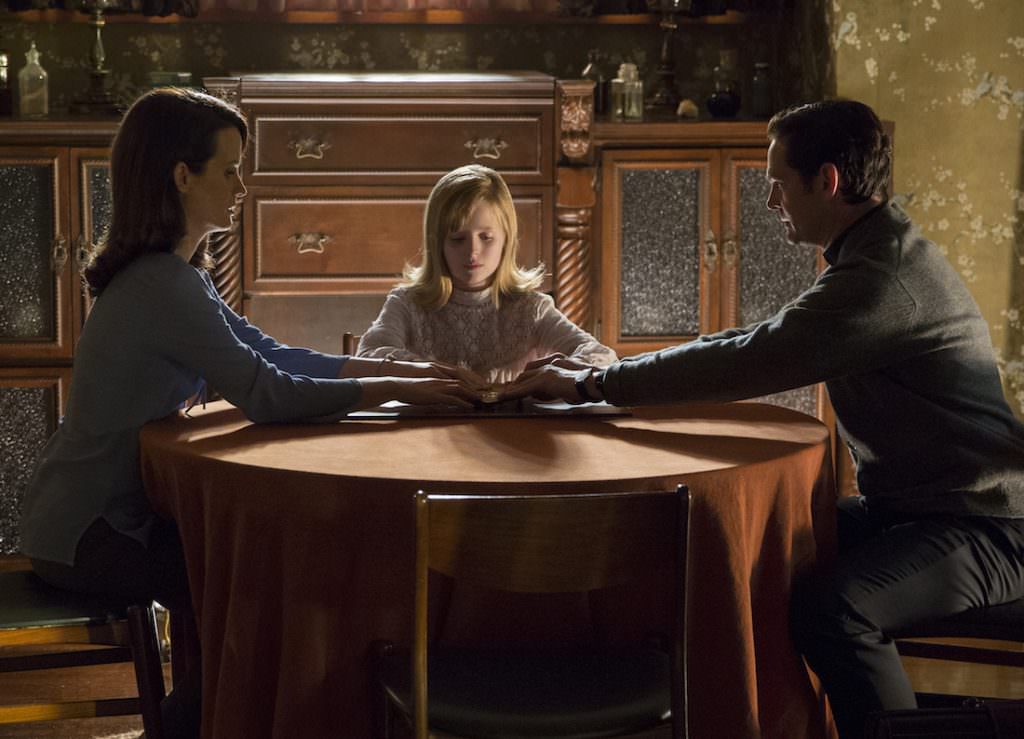 Watch This Hilarious Prank During Ouija: Origin of Evil Screening

The live prank has become a pretty well used piece of promo for the adventurous studio looking to bring some excitement to an upcoming horror release. It was only this past June when we wrote about the great Conjuring 2 prank that was created for a popular Brazilian television show. When done right, these stunts are emblematic of what makes the film itself scary, and excites audiences with an intimation of what it might be like if they were living inside the story.

It's in that spirit that Universal unleashed this bit of spooky fun on audiences to promote their upcoming Ouija: Origin of Evil. Watch what happens when Doris, the possessed youngest daughter in the film, goes from the screen to the movie theater aisle in a single, terrifying flash.

About the film: It’s 1967's Los Angeles, where a widowed mother and her two daughters are using a Ouija board and a whole bunch of tricks to bilk money out of paying customers in their scam seancé business. Naturally, this type of messing around with the occult can't go unpunished, and sure enough, a legitimate spirit enters their house, using the youngest daughter, Doris, as its vessel. Now the family must confront the very real spirits the Ouija board can access, and try to send the evil spirit invading their daughter back to the other side.