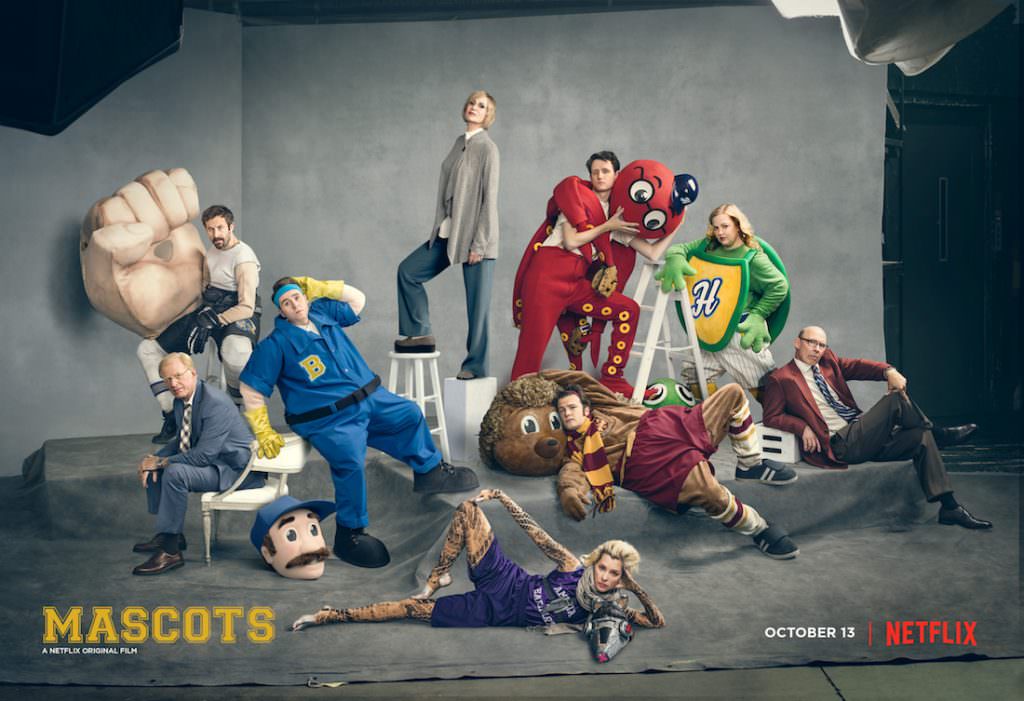 Christopher Guest (Waiting for Guffman, Best in Show, A Mighty Wind) is back, ladies and gentlemen, and he looks to be in perfect Guestian form. His new film, Mascots, will be streaming on Netflix on October 13. Let's first take a look at the new trailer.

This is Guest through-and-through, taking us into the weird, wild world of a profession most of us have only a passing interest in (say, when we're at a baseball game) and imbuing it with the pathos that is a hallmark of his best work. The 8th World Mascot Association Championships brings together mascots from all over, including the potentially criminal The Fist (Chris O'Dowd) and Alvin the Armadillo (Parker Posey) to see whose the furriest of them all.

Joining Posey (a frequent Guest collaborator) and O'Dowd are his usual suspects; Jane Lynch, Fred Willard, Ed Begley, Jr., Bob Balaban, and Jennifer Coolidge. Guest and Jim Piddock are your screenwriters, and the film will have its world premiere at the Toronto International Film Festival next week.

Guest's last feature film was 2006's For Your Consideration. He also worked with O'Dowd on his 2013 HBO comedy Family Tree, but that was canceled after one season. We hope and trust that Mascots will remind people how there are few filmmakers who can make you simultaneously squirm and hyperventilate with laughter like Guest.