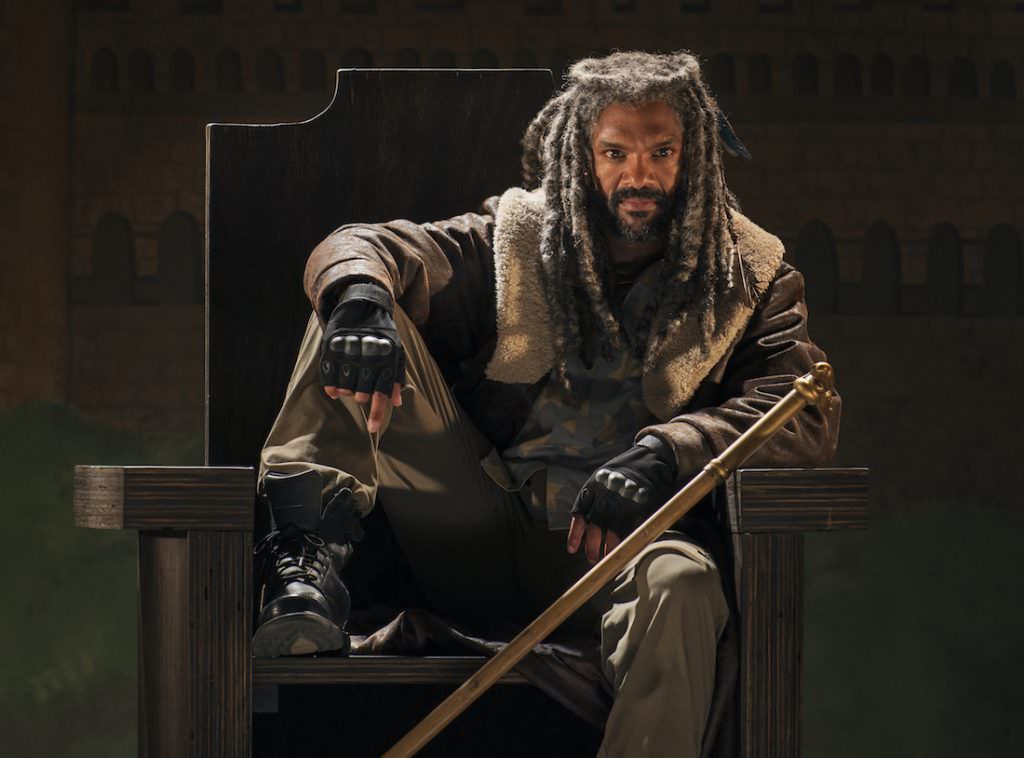 The last time we checked in with The Walking Dead, we were parsing a new promo to see if there were any clues as to who Negan (Jeffery Dean Morgan) had offed in season 6's brutal finale. Now with the season 7 premiere only a few weeks away, AMC has dropped a new teaser, including an introduction to a brand new character…and his pet tiger.

Introducing King Ezekiel (Khary Payton), a man with a pretty serious bodyguard (the aforementioned tiger) and one who seems, on first blush, a little less sociopathic than Negan (then again, looks are always deceiving in the land of the undead). The man who finds Ezekiel? None other than Morgan (Lennie James, you can read our interview with him here.) It's good to know that in the comics, King Ezekiel was an enemy of Negan's.

"I am King Ezekiel,” the self-proclaimed royal says to Morgan, sitting with a staff in one hand and a tiger at his other. “Welcome to the kingdom.”

The 16-episode season will be split into two parts: The first eight episodes will air in the fall, Sunday, October 23 at 9/8c on AMC, and the second half will debut in February, 2017.

Check out the new teaser below.