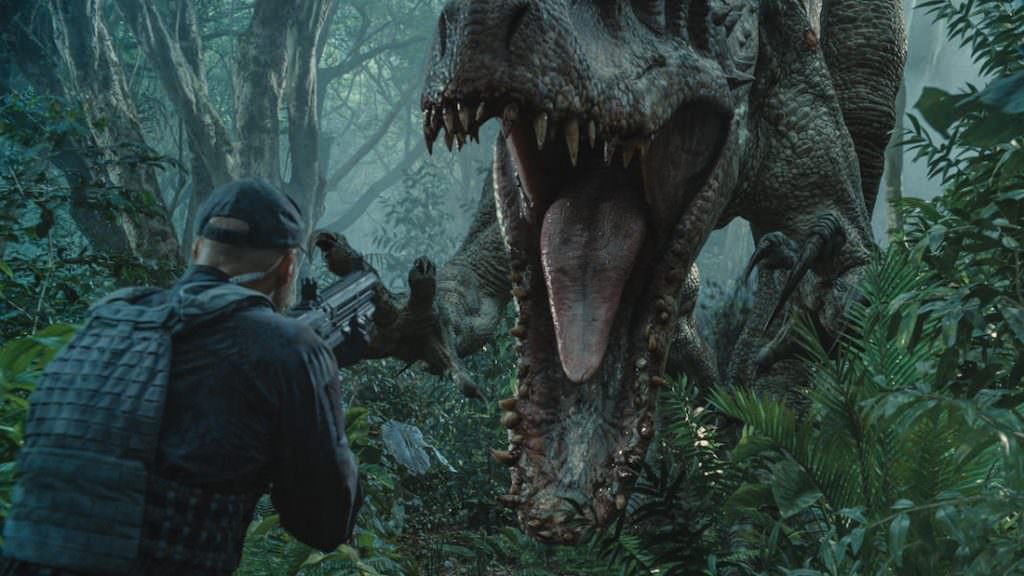 This might be the largest release of behind-the-scenes footage by a studio on their YouTube page ever. I mean, wow. Universal Studios' Jurrasic World YouTube page has made an absolute ton of awesome footage available—this includes, behind the scenes b-roll footage, rough-cut dailies, previs, interviews and a whole lot more.

We're giving you just a few of these videos (there's too many to stuff on a single post) for you to enjoy. Let's start with ten-minute long "All-Access Pass" in which star Chris Pratt takes you behind-the-scenes to show you what it took to make the film.

Here's a look at how they filmed the climatic finale battle between Indominus Rex, the velociraptors and the T-Rex. It gives you a look at how much the actors have to imagine as their playing their scenes against props and men in performance-capture suits.

This clip shows you how the actors did their jobs while performing with raptor puppets.

Finally, see how they went 'From Art to Park,' turning the beautiful concept drawings into the moving images you see in Jurassic World.

As we said, this isn't even half of what Universal's Jurassic World YouTube page has made available. To see all the videos, click here.