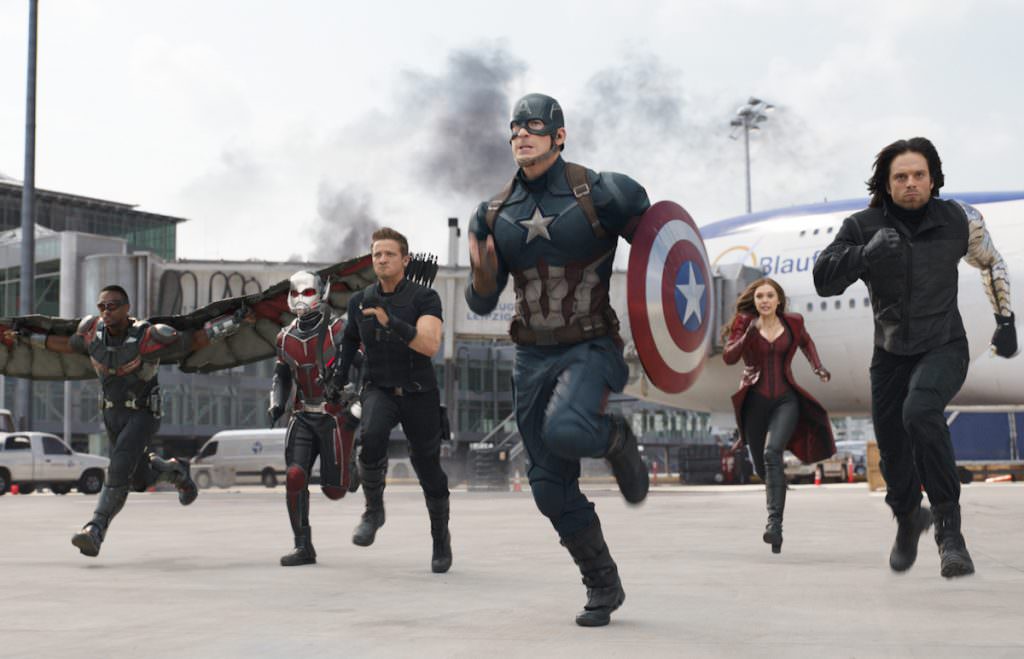 The Russo Brothers Explain why no Avengers Died in Captain America: Civil War

Directors Joe and Anthony Russo and Marvel president Kevin Feige have been making the rounds lately as they gear up for awards season (Captain America: Civil War will likely be up in a few categories, no doubt for special effects and possibly a bunch more), which  means they've also been discussing the film itself. As you know by now, although there were some pretty brutal injuries in the film (with Don Cheadle's War Machine suffering the worst of all), nobody paid the ultimate price. Now, you might think, well duh, a lot of these characters have their own films, or, are going to be in Avengers: Infinity Wars, but keep in mind that Infinity Wars could have gone into production down a character or two. What's more, thanks to a Q&A after a recent screening in Los Angeles (and a h/t to HitFix for getting this info), we now know that the Russo brothers weren't sure if everyone should make it out alive, including…wait for it…Captain America himself.

When an audience member asked the Russo brothers and Feige about why nobody died in the film, this was their response:

Anthony Russo: We never talked about killing  Cap in this one, right? no.

Joe Russo: We did for a beat. We talk about everything.

Feige: Well, the ending was always more about fracturing the team completely before getting into Infinity War.

Joe Russo: We talked about lots of potential characters dying at the end of the movie. And we thought that it would undercut what is really the rich tension of the movie, which is this is Kramer vs Kramer. It’s about a divorce. If somebody dies, it would create empathy, which would change and allow for repair, and we didn’t want to do that.

Feige: In the amazing comic book story, which certainly the conceit of this movie is based on and some of the specifics — during their big battle, which has a hundred times as many characters, a character dies. And we talked about that for a while. And, ultimately, we thought what happened to Rhodey would be enough of a downer.

Which leads us to believe that when it comes to Infinity War, there's no way everyone is going to make out. Empathy is exactly what they'll want—for the Avengers—as they battle the big bad in the Marvel universe, Thanos. It seems unlikely that battle won't have costs.