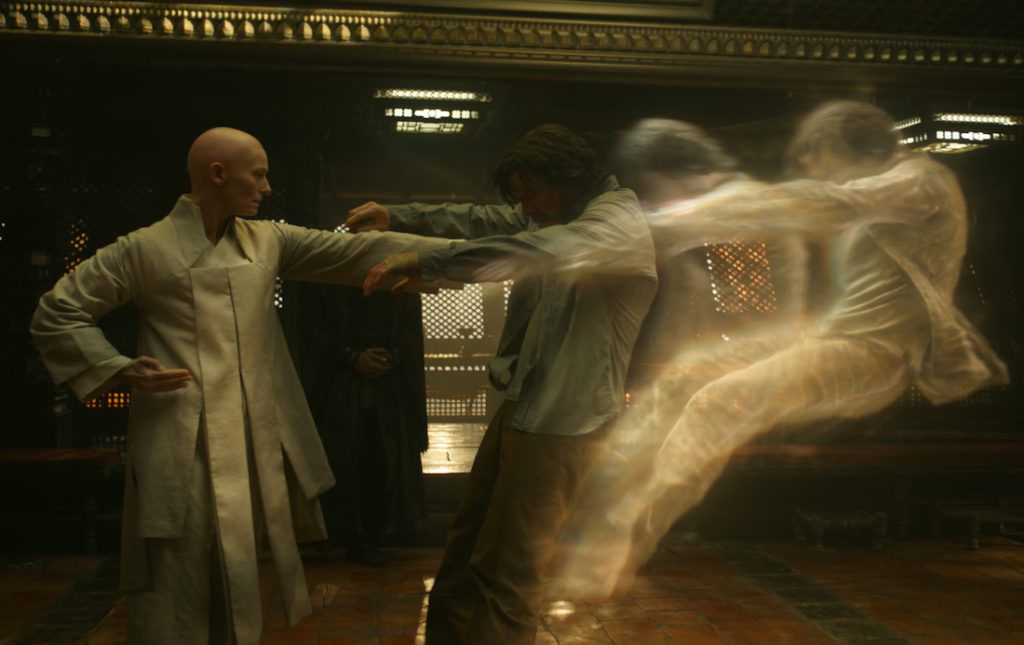 Folks, Marvel's weirdest, wildest superhero is finally making his big screen debut in just a little more than a month. Doctor Strange is coming to theaters on November 4, and as we near this date, Disney and Marvel have been flooding the airwaves with TV spots showcasing the most mystical and mind-bending of all the supes. With Benedict Cumberbatch in the lead role, and a cast that includes a veritable who's who of acting legends, Doctor Strange could appeal to not only Marvel-heads and fans of the comics, but a wider audience who may not typically consider themselves superhero fans.

There's a lot of new stuff in these TV spots. One thing that has been standing out in the trailers and teasers we've seen thus far, and reinforced below, is how good of a casting job it was to land Mads Mikkelsen as the main villain. Mikkelsen was legitimately terrifying as the tears-of-blood baddie in Casino Royale, and here his been given a juicy role of a villian who isn't simply pure evil, but has his reasons for wanting to shape the world his way.

Then there are the visuals, which are much less in the mold of an Avengers or Iron Man film and much closer to one very obvious inspiration; Christopher Nolan's Inception.

All in all, it'll be interesting to see how Doctor Strange plays with audiences who have grown accustomed to expect superhero films to fall into one of two distinct categories; brooding and dark (DC) and witty, colorful and epic (Marvel). The film certainly looks epic, but it's of a different stripe than any superhero film that's come before. That's a good thing.