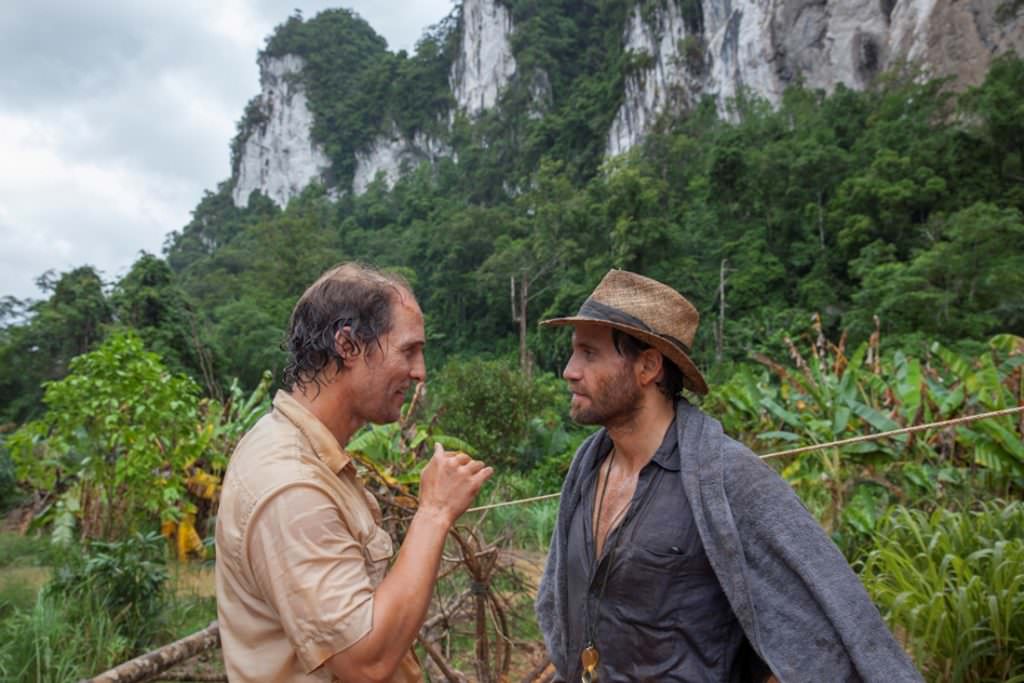 Donning a thinning hair prosthetic and some pretty bad teeth, Matthew McConaughey plays Kenny Wells in Oscar winning director Stephen Gaghan's Gold. The first trailer has dropped, showcasing a sweaty, twitchy performance from McConaughey in what looks a little like a cross between The Wolf of Wall Street and Indiana Jones, and we mean that in a good way.

Gaghan, the writer of Traffic and director of Syriana, knows a thing or two about tales of greed, hubris and the blurring of boundaries, both legal and diplomatic, when it comes to chasing the American dream. McConaughey's Kenny Wells is a prospector desperate for a lucky break, and when he teams up with a geologist, played by Edgar Ramirez (Hands of Stone, The Girl on the Train) to dig up treasure in the lush jungles of Indonesia, it looks as if his dreams have come true. Only finding the gold is not the toughest part; keeping it is. Once Wall Street executives and the FBI get involved, it's anybody guess who will end up with the loot.

Gold is inspired by the true story of the 1993 Bre-X Mineral Corporation mining scandal, where vast amounts of gold were reportedly discovered in the Indonesian jungle. "Inspired by" is a whole lot different from "based on," so expect Gaghan and his writers, Patrick Massett and John Zinman, to have taken many liberties in the name of cinematic storytelling.