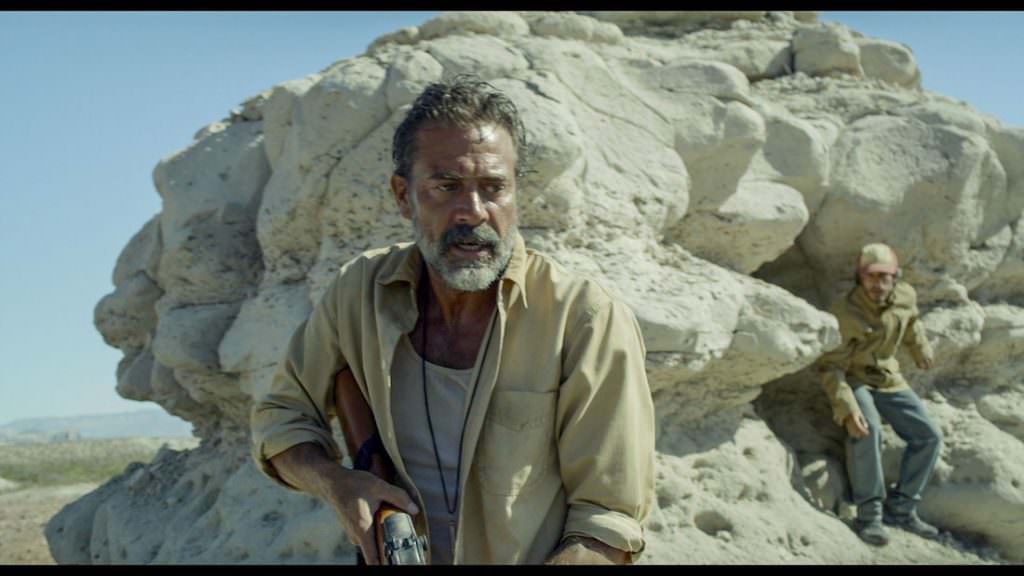 Desierto, Mexico’s official submission as Best Foreign Language Film to the next Academy Awards, doesn’t seem a likely inspiration for Gravity, which won seven Oscars in 2014. But when young filmmaker Jonás Cuarón showed the first draft of the script to his father Alfonso nearly 10 years ago, the elder Cuarón said he wanted to make a movie like it  —  in space.

“Like Gravity, the story [in Desierto] stems from a character juxtaposed against an environment,” Cuarón told The Credits in an exclusive interview. “It’s a version of Gravity with its feet on the ground.”

Desierto closed the Denver Film Society’s CineLatino film festival on Sept. 25, which was also Cuarón’s first trip to Denver. During a Q&A with the director following the screening, he answered questions in both English and Spanish and joked about his all-star film heritage.

During the making of Gravity, which Jonás and Alfonso Cuarón co-wrote, Jonás Cuarón scouted desert locations in the U.S., Mexico and Spain looking for the perfect place to shoot Desierto. That’s because, while location is a main character in the film, Cuarón based his first draft on knowledge gained from YouTube videos. Cuarón’s ultimate choice, the Mexican side of the Baja California Desert, informed numerous differences between the screenplay and the film. For example, Cuarón changed a scene involving cactus when he discovered how thickly it could grow together and the final confrontation scene to be high up instead of in a canyon when he saw the desert mesas.

The movie, starring Gael García Bernal as an immigrant crossing the U.S.-Mexican border illegally and Jeffrey Dean Morgan (who plays arch villain Negan on The Walking Dead) as an American vigilante taking the law into his own hands to stop him, turns a common narrative on its head. A trailer for the film deliberately referenced the current presidential election by including a quote from Donald Trump and the presidential candidate has been the elephant in the room in events promoting the film, which is released in theaters October 14.

Cuarón joked that he worried the themes wouldn’t be relevant 10 years after the first draft of the script. “But it’s a movie that no matter when it comes out it’s going to be relevant,” he said. “It’s a cautionary tale about where society is heading if it keeps fearing ‘the other.’”

The movie also stands alone as a tightly-written thriller separate from its headline-grabbing, controversial topic. Cuarón said he wanted to write a “non-stop nail biting thriller with very little dialogue” inspired by Robert Bresson’s A Man Escaped, Steven Spielberg’s Duel and Andrei Konchalovskiy’s Runaway Train as well as ’70s genre western films. Cuarón said he built most of the tension in his film in the editing room. “In a film like this, having as much material as possible is extremely important,” he said, ranging from wide shots to close ups. “So I really made the DP suffer.”

Cuarón also kept his leading men separate. Bernal and Morgan did not meet until their final confrontation on the desert cliffs. Cuarón had Bernal in mind for the immigrant role from the first draft. Bernal — an activist has worked on immigration documentaries — was “like having an “actor/researcher on set,” Cuarón said. And while Morgan might be best known for romancing TV’s leading women, he showed up to his audition in a truck, with the tattoos he shows off in the film, talking  —  to hear Cuarón tell it  — incessantly about his dog, which landed him the gig as a Minute Man-inspired citizen border patrol.

Cuarón shot entirely in natural light, including a scene around a fire where Morgan’s character shares some backstory with his hunting dog, a German Shepherd. The naturalistic approach keeps the story feeling like a Western and grounded in reality, despite its exaggerated characters and big themes.

The expertise of Cuarón’s directing and editing might make the fact that this is his first full-length credit for both surprising. He also thinks of himself first as a writer. An English Literature major in college, Cuarón said his girlfriend in college succeeded where his father failed to introduce him to cinema and film history. “Cinema was a good language for me to tell stories,” he said.