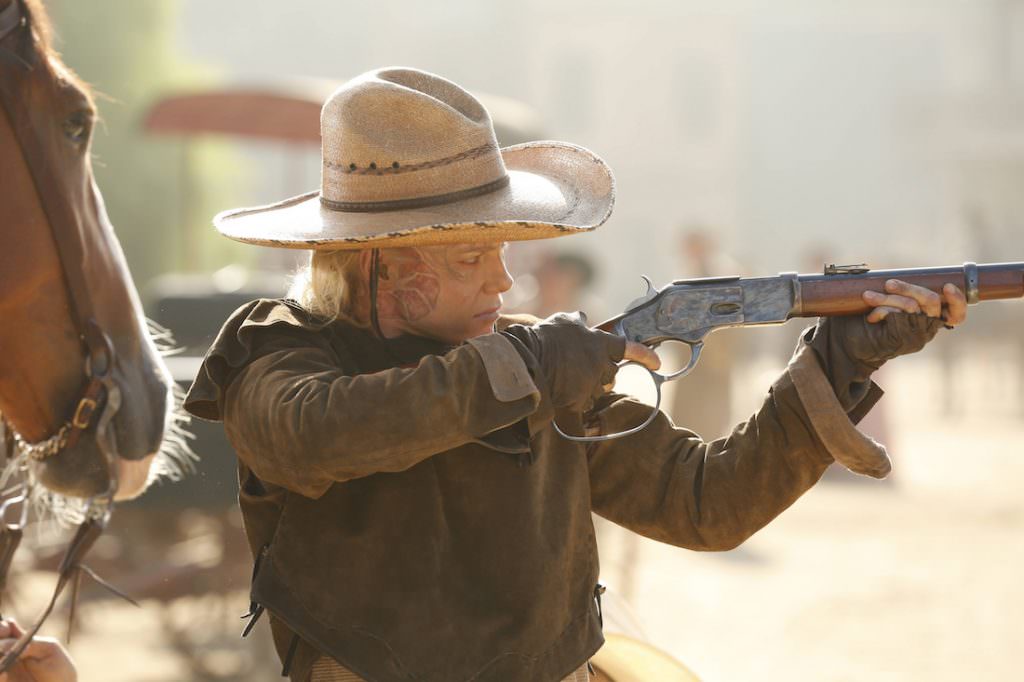 We open on Dolores (Evan Rachel Wood) waking up, a beautiful young woman living out west, presumably, possibly in the 19th century. And then we hear familiar voice: “Dreams mean everything. They’re the stories we tell ourselves. Of what could be. Who we could become.” So says Dr. Robert Ford (Anthony Hopkins), the brilliant, ruthless creative director of Westworld, where Dolores has actually woken up. From what we’ve gleaned from previous trailers (including this mature version) and HBO press releases, he’s no friend to Dolores, the oldest (just not in looks) “host” at his theme park.

We’ve been getting increasingly giddy with each new teaser and trailer, but now we’re at peak excitement for the show with the release of this “Dreams Trailer.” What you know by now about Westworld is that the show revolves around the titular theme park, where “hosts” like Dolores, extremely life-like robots created by Dr. Ford and administered by Ford and a team of people (including Jeffrey Wright’s scientist Bernard Lowe) were made to appease paying guests in any fashion those guests see fit. The premise of the show is the “hosts” start to rebel, and as this sensational trailer so vividly shows you, all hell breaks loose.

Westworld takes Michael Crichton’s 1973 androids-seek-revenge thriller and gives it a modern, mature spin with an A-list cast and serious filmmakers. The latter include executive producers Jonathan Nolan (screenwriter to so many of his brothers films, including Interstellar and The Dark Knight) and Lisa Joy (Pushing Daisies). The cast includes Ed Harris, a paying guest who wants to help liberate the hosts, James Marsden, Thandie Newton, and Rodrigo Santoro to name a few.

Westworld is set to premiere on October 2, at 9pm EST.