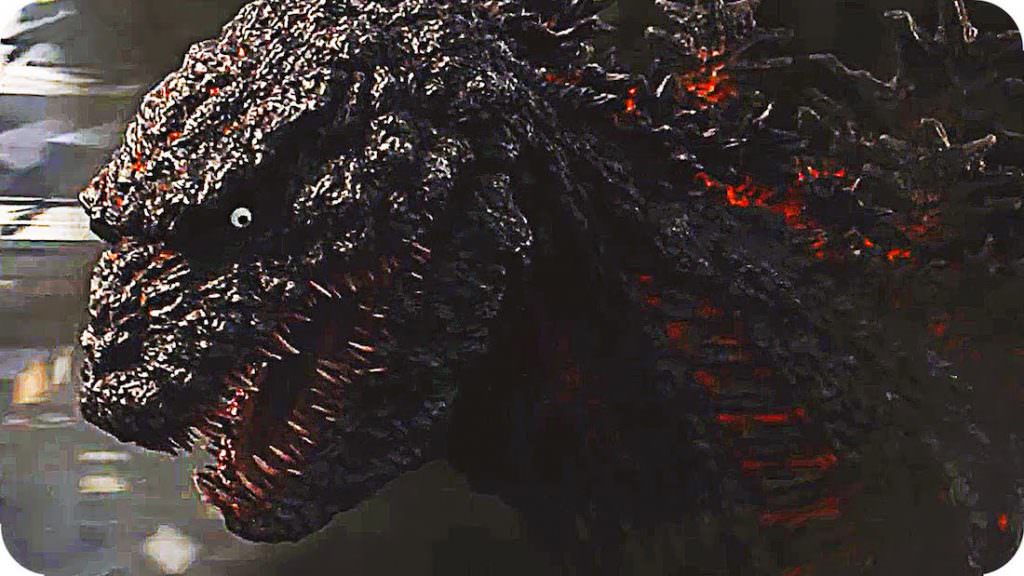 Now that's how you make a trailer. The editing! The score! And that fact that Shin Gojira—which is Godzilla Resurgence to you non Japanese speakers—manages to evoke the very best from the beloved monster franchise while also looking wholly unique, even hip. Behold the first US trailer for the film, the 31st in the franchise, and the 29th produced by the legendary Toho Studios. Co-directed by Hideki Anno and Shinji Higuchi, this latest Godzilla trailer does a lot with very little dialogue, incredible pacing and great sound effects.

The premise is this: When the Tokyo Bay Aqua-Line mysteriously floods and collapses (the line is a bridge-tunnel combo that runs across Tokyo bay), Japan's Deputy Chief Cabinet Secretary Rando Yaguchi believes this was no man-made structural mishap or a natural disaster—this cataclysm was caused by a living creature. Naturally, his claims are shrugged off by Japan's Prime Minister, who believes the collapse was caused by a natural disaster. Soon, everyone finds out that the Aqua-Line is only the first of many Tokyo landmarks that will be destroyed, and what's bringing them down is worse than any typhoon.

From the music and the very opening shot of Godzilla, from below, with his left claw in the foreground, this latest trailer shows just how comfortable Toho Studios and directors Anno and Higuchi are with this material. By the time the military gets involved, it looks like nothing will bring the world's most notorious beast down.

Shin Gojira opens in a limited release on October 11 to 18. You don't want to miss it.