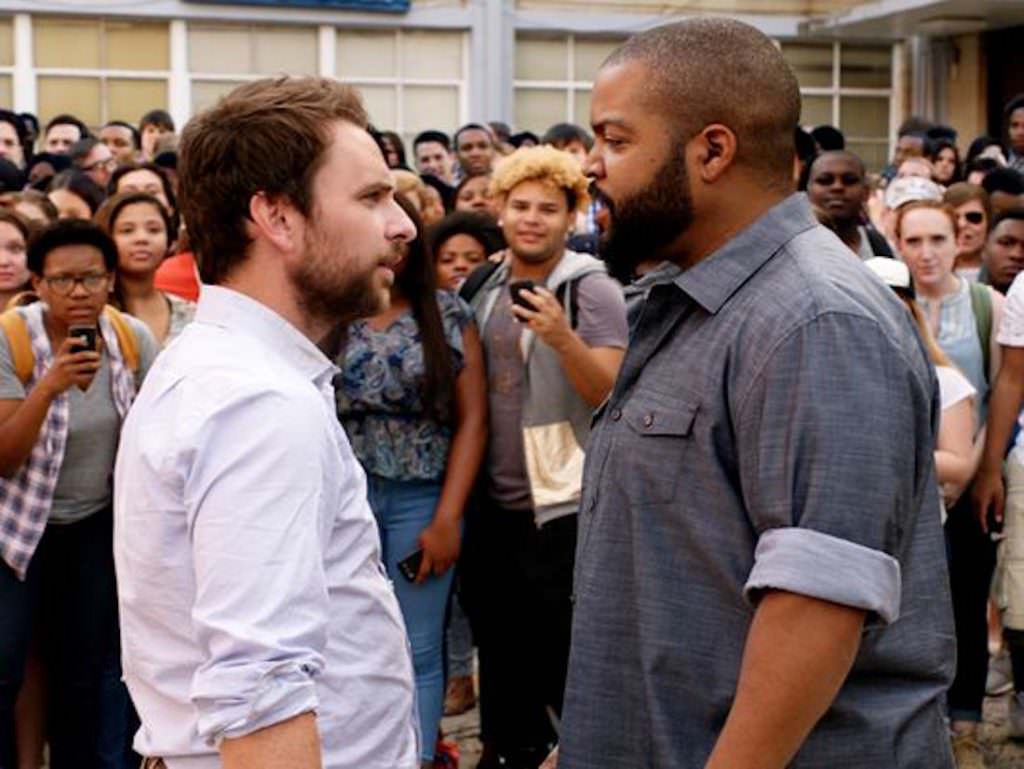 Just in time for back to school, Warner Bros. has released the movie version of every kid’s fantasy – a school yard fight between two teachers. Yup, it's a Fist Fight, folks. For an unstated reason, Campbell (Charlie Day) has become the target of fellow teacher Strickland’s (Ice Cube) wrath and is destined for a beating. As the parking lot face off nears, their fellow teachers, every single student in the school, and even the authorities become aware of the absurdity of the situation, which opens a can of slapstick laughs.

Egging on the confrontation is a strong cast of cameo characters including Tracy Morgan (30 Rock), Kumail Nanjiani (Silicon Valley), and a knife wielding Christina Hendricks (Mad Men). Charlie Day doesn’t appear to stand a chance against Ice Cube, but with an entire film leading up to a single fight we’re prepared for an epic showdown.

The first punch is thrown February 17.