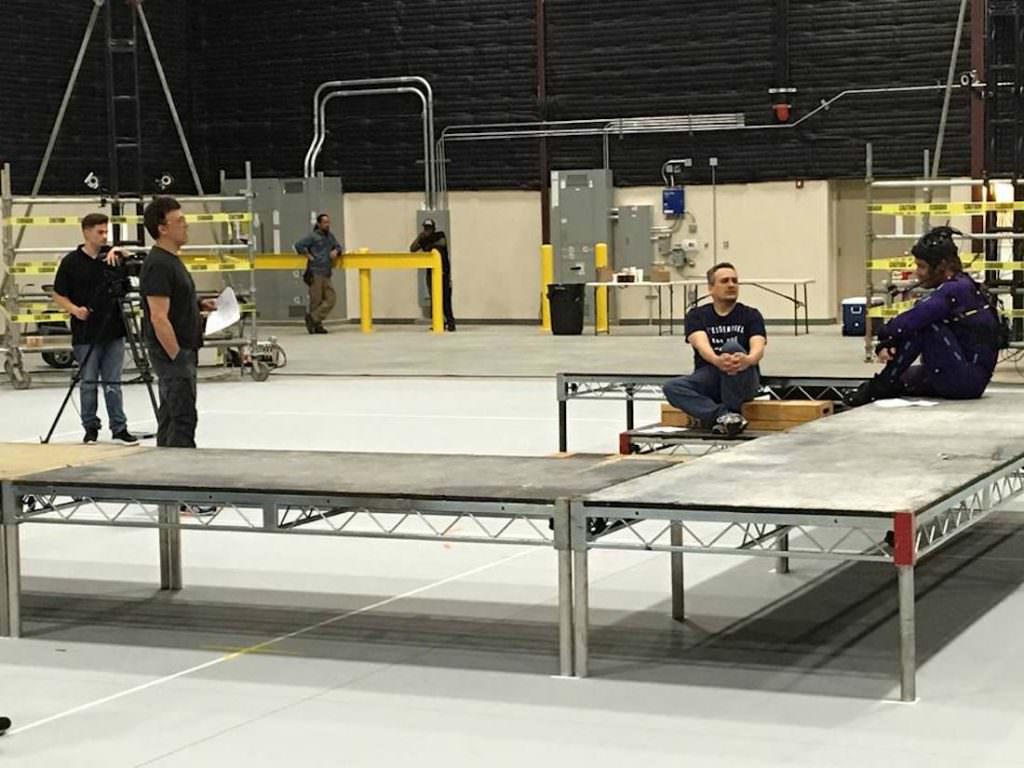 The Russo brothers have shared the first photo from the set (of sorts) of Avengers: Infinity War, even though they’re still only in pre-production. The shot shows Josh Brolin, who plays the all important Big Bad, Thanos, in a purple motion-capture suit. On their Facebook page, they caption this photo simply ‘rehearsal.’ Thanos has been the huge off-screen prime mover of many of the films in the Marvel Cinematic Universe, popping up in 2012’s The Avengers, 2014’s Guardians of the Galaxy, and last year’s Avengers: Age of Ultron without ever having a substantial role in any of the films onscreen.

Here's Marvel's Thanos 101, giving you all the information you need on the Mad Titan:

Here was our first peek at Brolin's Thanos in The Avengers:

In Ultron, Thanos appeared in the credits, unsheathing the Infinity Gauntlet and being deeply peeved he’d lost another Infinity Stone (one of the multiple MacGuffins in the MCU, along with the Tesseract). It was this brief sequence that sets up Infinity War, with Thanos saying, “Fine. I’ll do it myself.” This means trouble for the Avengers, and also meant that Josh Brolin would finally have a big part in an Avengers film, hence the above photo.

Because Thanos is mainly a digitally created character, the Russo Brothers are no doubt doing motion-capture tests with Brolin long before they begin principal photography. We’ll have to wait a while before we see the fruits of their labor; Infinity War isn’t due out until May 4, 2018.