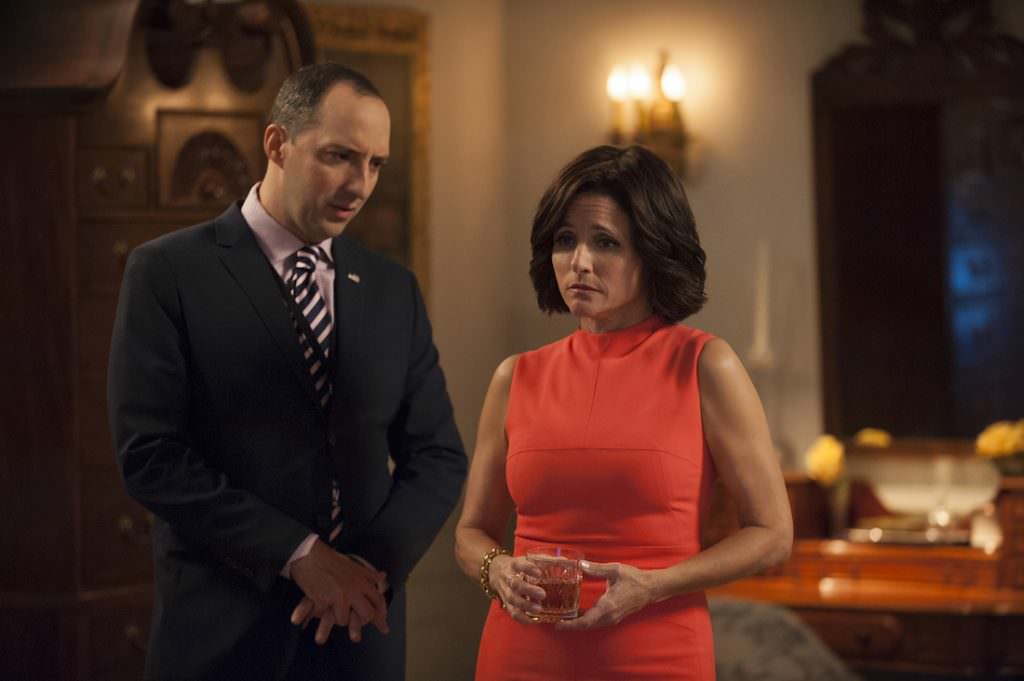 The primetime Emmy’s, a television production feat in itself, will be recognizing all of your favorite funny moments this Sunday, September 18 at 7 pm EST. We’re looking back at all of the incredible creativity that made these shows stand out.

Like many of you, we tuned in to laugh along with all of the nominees and even interviewed some of the show’s creators. Here’s a review of this year’s comedy categories – outstanding comedy series, lead actor and lead actress, supporting actor and actress, writing and directing. For a roundup of the dramatic nominees, check out our earlier post here.

Veep (HBO)
Although the show’s namesake Selina Meyer is actually no longer the Veep, the series led by seven time Emmy award winner Julia Louis-Dreyfus is staying steady entering it’s 6th season of satire. We interviewed Director Dale Stern about how the show thrives in a political climate that can sometimes be funnier than fiction. Veep has appeared on the Emmy’s ballot forty-two times.

Online streaming content is carving out a bigger piece of the Emmy pie. With help from acting legends like Jeffrey Tambor and Judith Light, the groundbreaking show already has six statues.

Pied Piper has had its highs and lows throughout the show’s first 3 seasons, but Mike Judge’s startup story has been a steady success.

The ensemble show featuring the Pritchett/Dunphy clan has a favorite character for everyone. Almost the entire adult cast has been nominated for their performances since the show began. We got the scoop from editor Tony Orcena on how they truly keep the show modern.

Master of None (Netflix)

With Parks and Recreation wrapping up in 2015, Aziz Ansari moved on to headline his own comedy. Master of None is the breakout this year pulling down 4 nominations from its first season.

ABC pulls down its 2nd nomination for the top comedy award with another family centered sitcom black-ish. This was an incredibly strong season for the network sitcom taking an earnest look at family dynamics in current events while making us laugh.

Aziz Ansari, Master of None (Netflix)

Will Forte, The Last Man on Earth (Fox)

Jeffrey Tambor has a solid opportunity to take the trophy twice in a row, but Anthony Anderson’s performances have been consistently strong. Often touching on more somber material, Transparent gives Tambor an opportunity to show off his wide acting range giving him an edge. Aziz Ansari takes the record for nominations in the most comedy categories spanning Writing, Directing and Acting. Notably missing is any Big Bang Theory acting nods.

Laurie Metcalfe, Getting On (HBO)

This could be one of the most competitive categories of the 2016 Emmy’s. Julia Louis-Dreyfus has dominated since Veep began 5 years ago and is the favorite to continue her winning streak. As for possible foils, black-ish had a strong season anchored by Tracee Ellis Ross. And you can never count out comedy legend Lily Tomlin who delivers riotous performances as free spirit Frankie to Jane Fonda’s Grace.

There is no lack of talent in the supporting actor category. Ty Burrell and Tony Hale have helped make Modern Family and Veep the dominant shows in the comedy category for five years. Both have taken home the Emmy, but Tituss Burgess was the odds on favorite in 2015 with his contagious rendition of Pinot Noir in Unbreakable Kimmy Schmidt. This might be his year.

Niecy Nash, Getting On (HBO)

Overall, this category looks similar to last year, but surprisingly the funny women of Modern Family were shut out. With 7 Emmy wins over her impressive career in both comedy and drama categories, Allison Janney came out on top the past 2 years for Mom. Kate McKinnon has become a Saturday Night Live favorite and her Ghostbusters performance could give her the extra visibility she needs to take home the Emmy.

Outstanding Directing for a Comedy Series

In the first season post the departure of show creator Armando Ianucci, Veep has clearly maintained its quality. With three strong episodes that see Selina cope with everything from a pimple to a death in the family, Veep is the heavy favorite in the directing category. As the only female nominee in the category, Jill Solloway holds her own with the ambitious music festival episode of Transparent, Man on the Land.

Outstanding Writing for a Comedy Series

Aziz Ansari and Alan Yang, Master of None, "Parents" (Netflix)