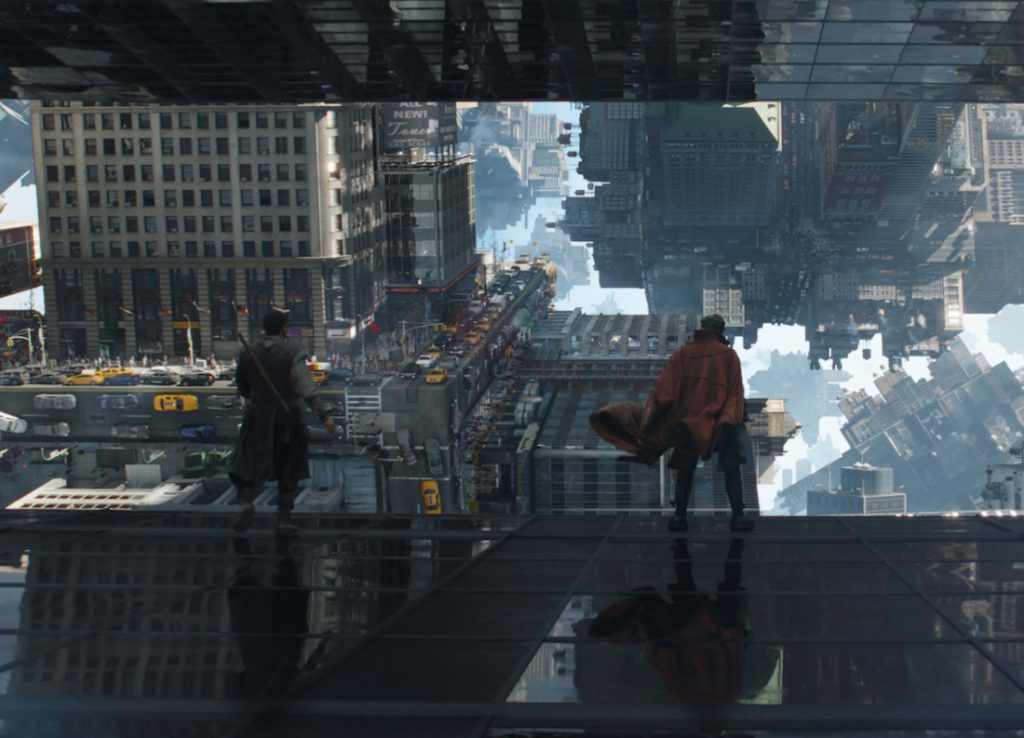 Doctor Strange Has Some Pretty Cool Powers in International Trailer

The latest Doctor Strange international teaser is light on plot clues but heavy on mind bending effects. We see Benedict Cumberbatch as Doctor Strange injured in a car wreck, but from there it is all mind-bending CGI at work. The Doctor walks through a fractured glass dimension, erects a crystal wall from sheer will, and wields a molten whip with his bare hands.

Of course, with any superhero movie, there’s the threat of using awesome powers for evil. Benedict Wong appears (he happens to play a character named Wong) to warn Doctor Strange, “Stronger men than you have lost their way.” We can likely assume he’s referring to Mad Mikkelsen as Kaecilius who presumably wields similar powers for destruction.

The whole world gets the Inception treatment as entire cities bend and a cloaked figure warps a row of buildings in seconds. And if that isn’t enough, we get a pretty awesome slow-mo cape whip at the end.

Doctor Strange will be released in theaters November 4.