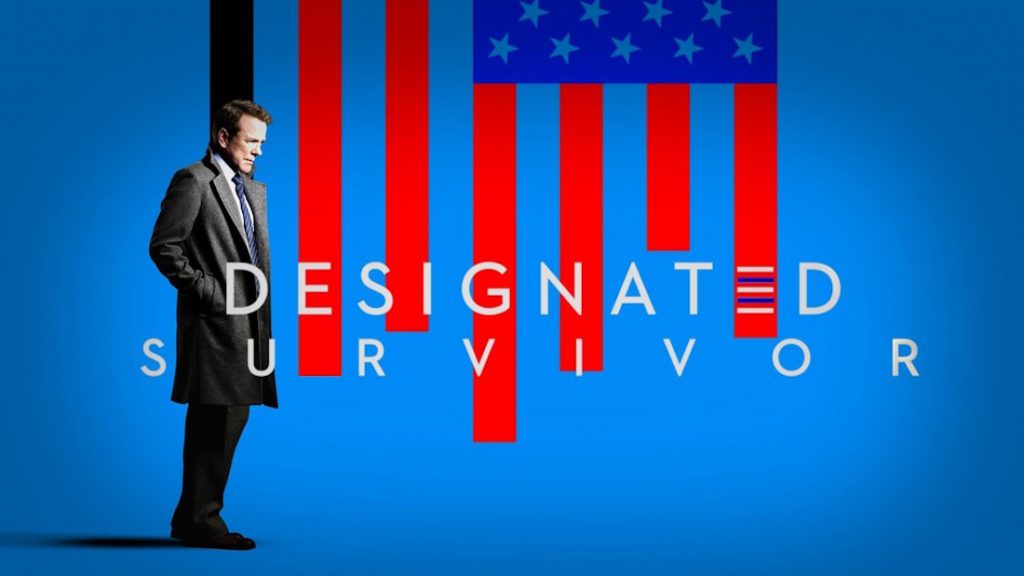 The conceit for Designated Survivor is a chilling one, especially in a time of ambient anxiety over of terrorism. A low-level cabinet member named Tom Kirkman (Kiefer Sutherland) is whiling away the 90 minutes or so while the president is giving his State of the Union Address in a secure location, serving as the country's "designated survivor." In the unlikely event that something happens during the State of the Union and, say, everyone there is eviscerated, Kirkman steps into the role of the presidency.

If you haven't yet seen the trailer, we've embedded it below. It's effectively terrifying.

It's hard to imagine an actor more prepared to take on this role that Sutherland, who, as you of course know, did his duty for his country in another little role on 24. In this brand new clip, we see Sutherland's Kirkman, on his very first night as president, dress down an Iranian diplomat.

The reviews are in for last night's premiere, and thus far Sutherland's getting a good deal of praise. The Atlantic writes, "Tom Kirkman, Designated Survivor’s fictional Secretary of Housing and Urban Development who unexpectedly takes power in a time of national crisis, and the show’s creator David Guggenheim is clearly delighted about him as the star. Kirkman isn’t nearly as hard-edged as Sutherland’s most iconic role; indeed, he’s far more gun-shy about military intervention in the aftermath of the attack. But he does seem to tap into a fantasy of some Americans have: one of a take-charge free agent who can change the country by disobeying political norms."

Meanwhile Time also enjoys Sutherland's performance, with some caveats on the show as a whole. "The show does have potential, and I’m hoping it leans into the aspect that was the pilot’s best: Kirkman’s tapping into some pool of gumption and intellect to rather coolly disassemble those standing in his way—in this episode’s case, the unctuous ambassador for Iran, a nation whose seeming readiness for war Kirkman defuses through a particularly plainspoken sort of diplomacy."

The premise is macabre in the extreme, but thus far ABC seems to going the optmistic route, looking at a man without any inner circle to appease trying to take on the toughest job in the land and do right by the American people. Perhaps you feel it's a fantasy show, but it seems worth checking out and seeing what Bauer—er—Tom Kirkman is made of.