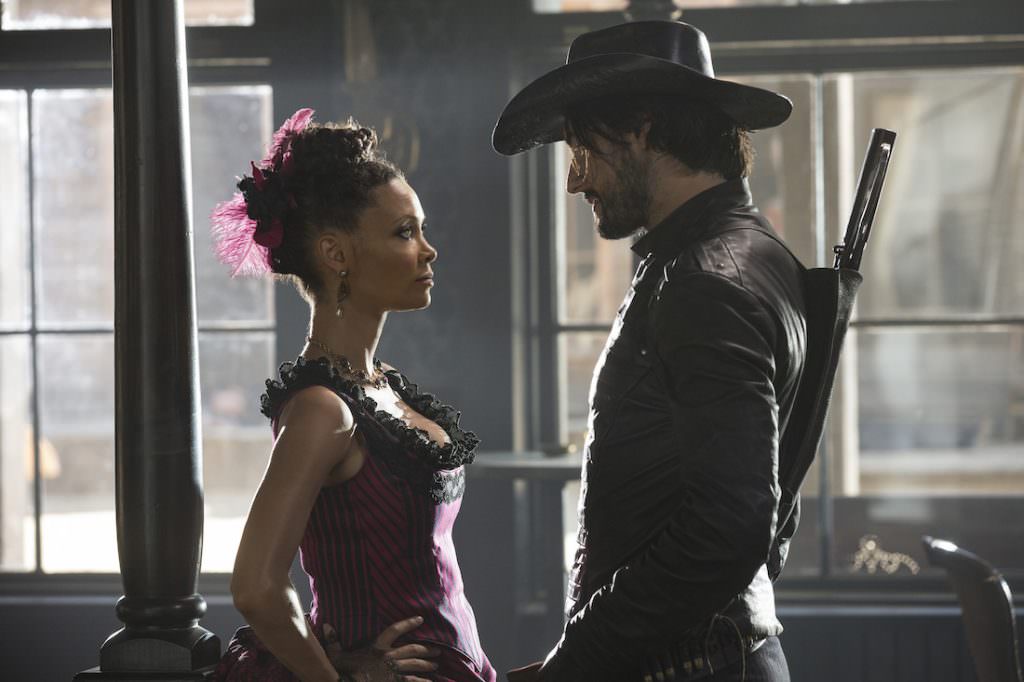 The Cast and Crew of Westworld Tease the First Season

HBO has been releasing incredible trailers with sweeping scenery and stunning visual effects for sci-fi thriller Westworld. The latest sneak peak features mini on set interviews with the cast and crew. JJ Abrams, Evan Rachel Wood and Jonathan Nolan lend their insight about what we’ll be seeing from the android theme park gone awry.

Nolan asks, “What happens to a place where you live without limits, supposedly consequence free?” Based on the intense and violent glimpses we’ve seen so far, we are well aware there are consequences in the indulgent tourist trap after-all. Pensive and unhappy Delores, played by Evan Rachel Wood, doesn’t appear to be happy in her work. Not to mention the sinister undertone set by master of skin crawling villainy, Anthony Hopkins. "You can't play God without being acquainted with the devil," Hopkins' Dr. Roberf Ford says. We're fairly certain Ford is closer to the devil than he may want to admit.

While the groundbreaking 1973 film version was mostly focused on the action of robots going rogue, the show looks like it will be an emotional exploration of human desires. The interviews touch on the show’s moral dilemmas and more than one of the artificial hosts sheds a tear on the show.