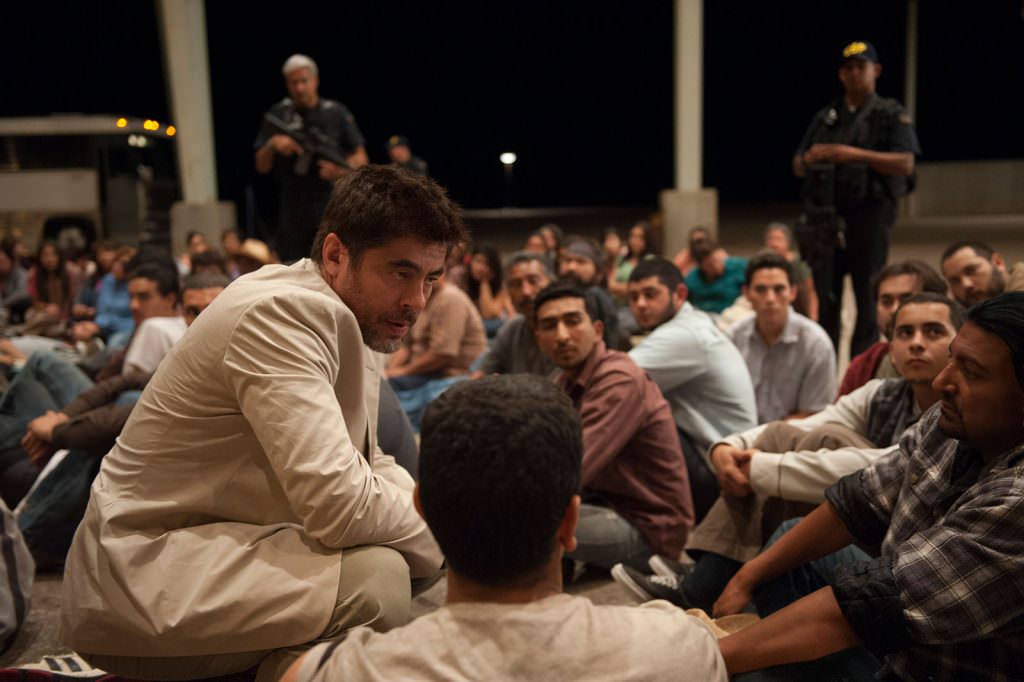 Few actors bring as much brooding gravitas to a film as Benicio Del Toro. He was sensational in Denis Villeneuve's Sicario as Alejandro, a tortured Mexican ex-prosecutor turned vengeful CIA operative who seems both a friend and foe to Emily Blunt's FBI agent Kate Macer.  He'll be reprising the role in Soldado, as well as his role as The Collector in Guardians of the Galaxy: Vol 2. Del Toro was also tapped to play a villain in Rian Johnson's Star Was: Episode VIII.

Now Deadline has broken the news that Del Toro is circling a role in Shane Black's upcoming Predator reboot. While the dreadlocks-sporting extraterrestrial menace has appeared on the big screen in various films, when fans think of Predator, they think of the 1987 original, starring Arnold Schwarzenegger.

Fun fact; Shane Black was actually in the film—he played a member of Arnold's team, and the very first to get killed by the alien menace. Now the writer/director will have the ultimate revenge, being able to decide the Predator's fate himself.

The 20th Century Fox film is looking at a 2018 release date.