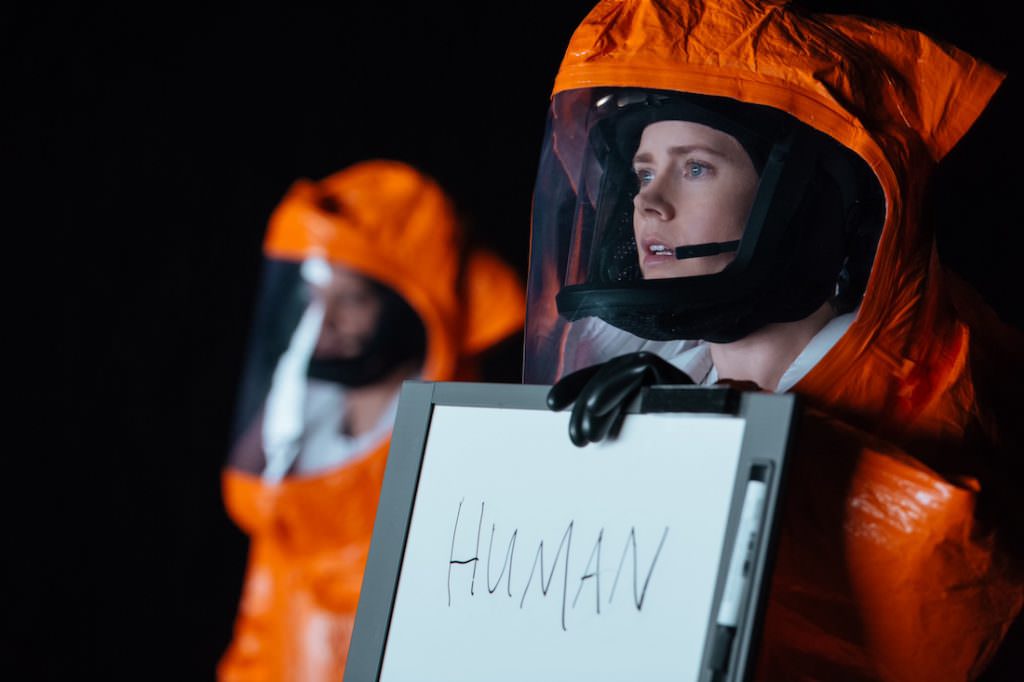 When we shared the remarkably promising trailer to Denis Villeneuve's Arrival two weeks ago, lots and lots of readers were enthused. Villeneuve's already proven he's an ace at creating ambitious, tense dramas—see his previous films like Sicario, Prisoners and Enemy for proof. You don't get tapped to direct the sequel to Ridley Scott's brilliant Blade Runner by being a slouch. So it's not surprising that the early buzz coming out of the Venice International Film Festival is that Villeneuve's sci-fi alien film Arrival is very, very positive. Arrival's conceit, based on Ted Chiang's 1998 novella "Story of Your Life," centers on mysterious alien spacecraft that touch down all across the globe, and the small team brought together to investigate what they might want, lead by a linguist tasked with deciphering their language, played by Amy Adams.

To refresh your memory, here's that trailer again:

The early buzz bodes extremely well for Blade Runner fans, as the sci-fi sequel is in the hands of man who tease out the best parts of the genre. In fact, The Hollywood Reporter's Todd McCarthy writes, "If the gatekeepers of classic screen sci-fi are at all anxious about the stamp that director Denis Villeneuve might put on his upcoming Blade Runner project — a sequel coming 35 years after the iconic original — then the class, intelligence and cool visual style of Arrival should provide reassurance. How refreshing to watch an alien contact movie in which no cities are destroyed or monuments toppled, and no adversarial squabbling distracts the human team from the challenges of their complex interspecies encounter."

Continuing with this theme, just check out the headline for The Telegraph's Robbie Collin review; "Arrival is science fiction at its most beautiful and provocative." Staying on the far side of the pond, The Guardian's Peter Bradshaw writes "Denis Villeneuve’s sci-fi contact drama is dreamy, freaky, audacious. It skirts the edge of absurdity, as anything like this must, but manages to keep clear, and it includes a big flourish in the manner of early films by M Night Shyamalan, which adroitly finesses the narrative issue of what exactly to do with a movie about aliens showing up on Earth."

You won't have to wait that long to weigh in with your own thoughts—Arrival touches down in theaters on November 11.