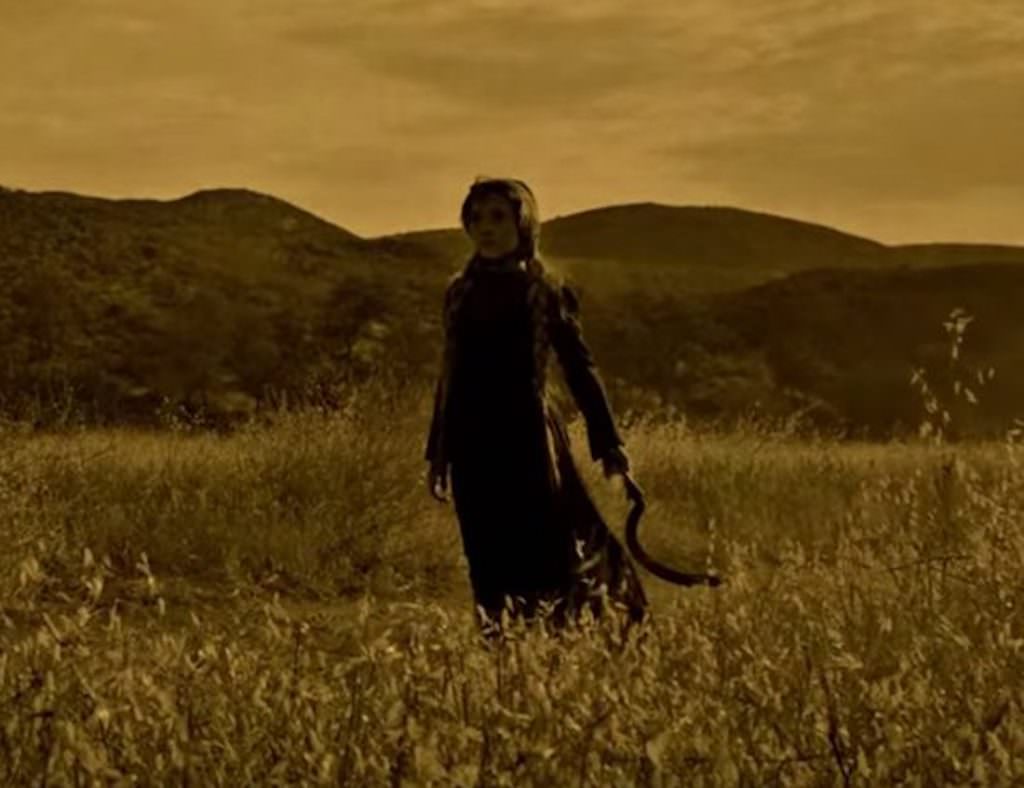 Spoiler Alert: If you want to go into the premiere episode of American Horror Story season six, "Chapter 1,” knowing nothing, stop here.

After teasing us for months (with these teasers, we might add), we finally know what season six of FX’s anthology series is going to be about. Sort of. The big mystery of American Horror Story has been solved, somewhat, thanks to Wednesday night’s premiere “My Roanoke Nightmare.” Here's an example of an awesome but unhelpful AHS season six teaser:

Ryan Murphy and FX did a gangbusters job of keeping the theme of this season under wraps, but now that the premiere has aired, here’s what we know thus far. The rumors that the season would be about the lost colonial settlement of Roanoke in Virginia appears to have been a stealthy misdirection; the Roanoke in the episode’s title appears to be Roanoke Island, in North Carolina’s Outer Banks. Then again, there were some colonial hints throughout the episode, so perhaps the lost colony does play a part. More on that in a second.

Next, the show came with the information that it was based on true events. The episode ran like a docu-drama, with re-enactments (played by AHS all-star Sarah Paulson and her OJ Simpson co-star Cuba Gooding Jr.)

The episode toggled between past and present, and with the reenactment portion, it played just as Murphy promised; it was a totally new narrative format for the series. The story follows an interracial couple who are played by different actors in the past and present. Shelby is played Lily Rabe in the present and Paulson in the past, while Matt is played by Andre Holland in the present and Gooding Jr. in the past. Shelby and Matt find their lives turned upside down after a brush with gang violence, ending in Matt getting badly hurt and Shelby miscarrying. So, they move from Los Angeles to a remote part of North Carolina, but no matter how far they get from the source of the violence, it seems to follow them everywhere. Their house appears malevolent, as do the creepy North Carolina locals.

Now the weird stuff that’s going on in their new house, is it connected, in some way, to the lost colony of Roanoke? We don’t know yet. What we do know is that Matt is now spooked enough by the neighbors to call his sister, Lee (Adina Porter, in the reenactment she’s played by AHS alum Angela Bassett), to stay with Shelby while he travels for business. He trusts that Lee can protect her because she was a detective…the only problem is she lost her job over a prescription pill addiction.

Of course things go bananas from there. Matt needs to return home after someone breaks into the house, Shelby flees in her car and, wait for it….runs over a woman (played by AHS regular Kathy Bates), who may or may not be a Lost Colony ghost (her garb looks mighty colonial). Shelby eventually gets lost in the woods, haunted by childlike figures, and then is approached by a man missing half his head. God this show is awesome. Next thing you know, they’re surrounded by people/things with torches, and lo and behold, Wes Bentley comes creeping out of the shadows.

And, scene. Credits roll. We see the names of Evan Peters, Denis O'Hare and Cheyenne Jackson. There were no previews for the second episode, nor did we see Lady Gaga’s name.