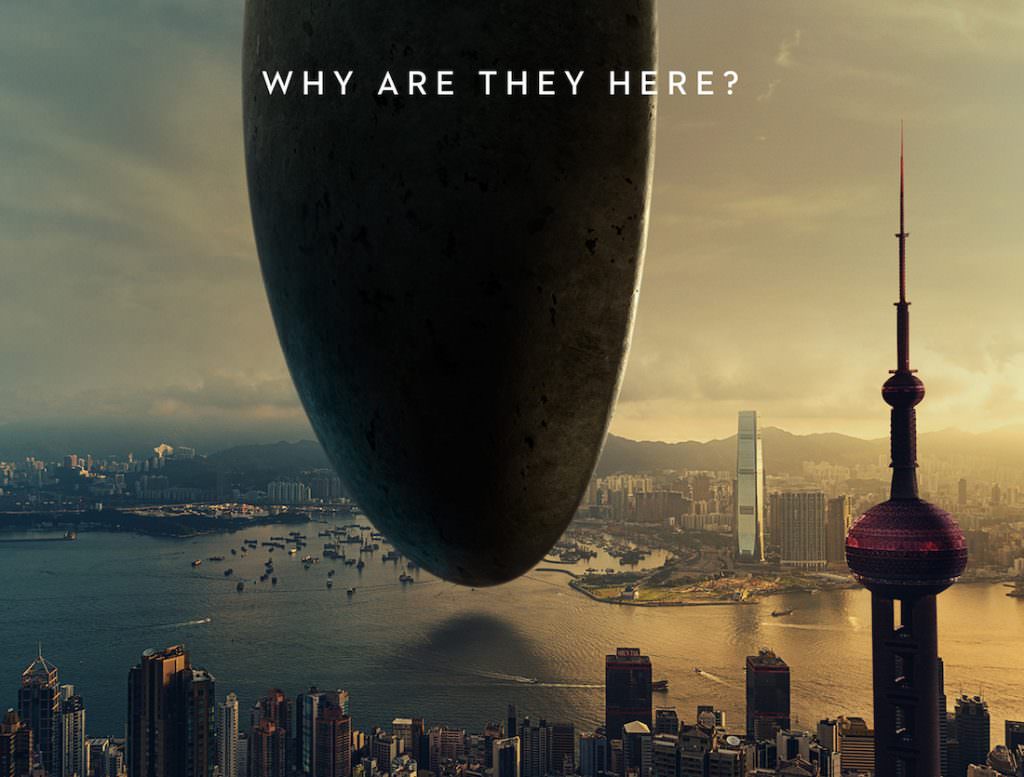 Director Denis Villeneuve (Prisoners, Sicario) has quickly become the type of filmmaker whose every movie warrants attention. His latest is a major swerve from the claustrophobic thrillers he has become a master at—Arrival, based on Ted Chiang's 1998 novella "Story of Your Life," is a film about mysterious alien spacecraft that touch down all across the globe and the small team brought together to investigate what they might want, lead by a linguist tasked with deciphering their language.

Paramount Pictures has released the first full trailer for the film, and it looks astonishing. Starring Amy Adams as Louise Banks (Batman v Superman: Dawn of Justice) the expert linguist who has to figure out what they might want before the world boils over into all out war, Arrival feels like the sci-fi film we've been waiting for; smart, taut, and different. The arrival of the craft has ratcheted up tensions across the globe, with various countries reacting, and overreacting, to the arrival of these alien guests with increasing militancy and fear. The pacing of this trailer is fantastic, as is the gravity (pun intended) of the situation unfolding:

"Priority one; what do they want and where are they from?" a military figure tells Banks. As they walk towards the alien craft, she spots people being carted off towards helicopters.

"Who's being carted off in the medivac?"

"Not everyone is wired for what you're about to do."

Every 18 hours, a door opens up and people are allowed to board one of the alien vessels. This is the door that Banks uses to make contact. The film also stars Jeremy Renner (The Avengers), Forest Whitaker (Rogue One: A Star Wars Story) and Michael Stuhlbarg (Men in Black 3).

Arrival hits theaters on November 11, a few days after our own massive global event.