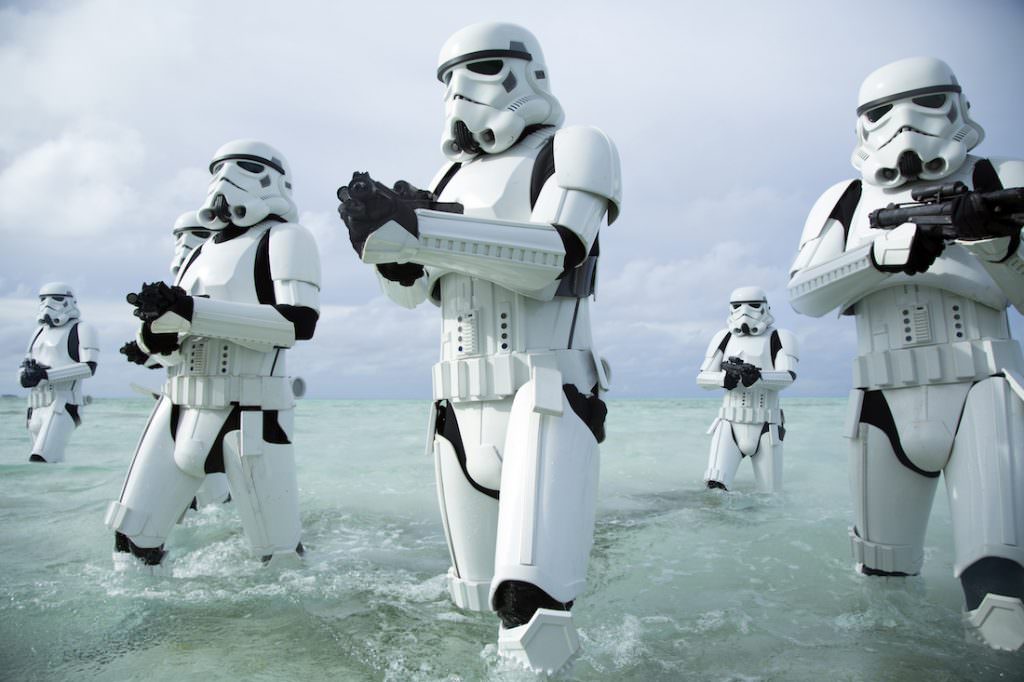 Well this is an adorable way to start your Wednesday. Here's chapter one of a four-part stop-motion mini-movie (and we do mean mini) featuring Rogue One's Jyn Erso as she steals the Death Star plans from a pack of the galaxy's most wee Stormtroopers. In fact, there's not only tiny little Lego Stormtroopers, but also proper action figure versions and bobbleheads. All in all, they make up the cutest little Empire you'll ever see. The clip was written and produced by Star Wars fans using the Rogue One toys, part of a long tradition of Star Wars fan filmmaking.

You've got some time to prepare for the Go Rogue contest—it starts on September 30th. The toys themselves are available for pre-order from Friday. Here's the clip, enjoy!