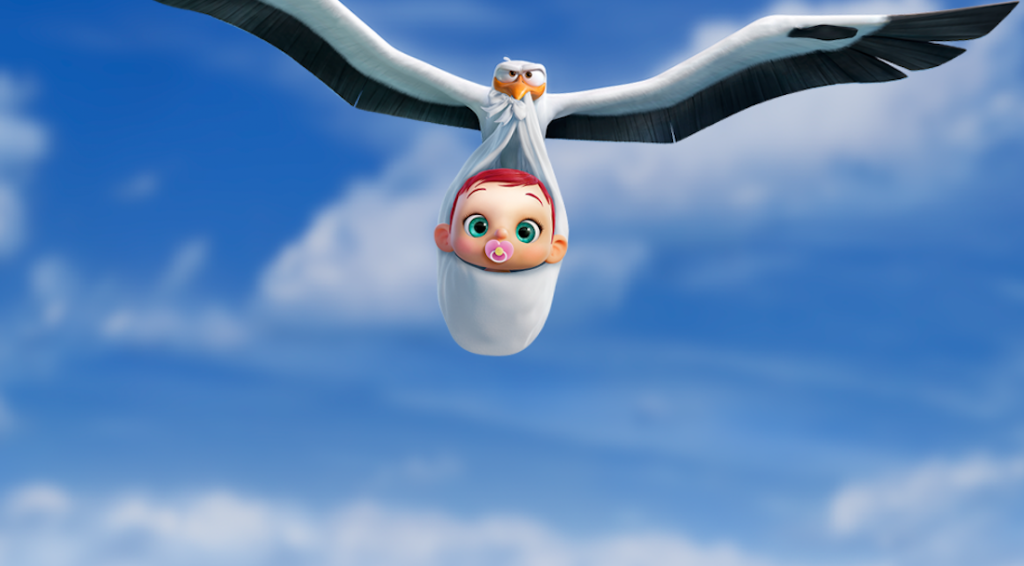 In Storks, Warner Bros. new animated film directed by Nicholas Stoller (known for Forgetting Sarah Marshall and Neighbors) and Doug Sweetland, a crisis looms; the titular birds are no longer delivering babies, they've now been reduced to delivering packages for a global internet giant Cornerstore. That is, until a stork named Junior (Andy Samberg) accidentally activates the Baby Making Machine, producing a baby girl that he has to get home. The only problem is, he's never done this before.

As we wrote in June, Junior's task of delivering this baby before his boss finds out means he's going to need a little help from his friends. That includes Tulip, a human who lives on an island entirely populated by birds. The film also stars Jennifer Aniston, Ty Burrell, Keegan-Michael Key, Jordan Peele, Danny Trejo, Stephen Kramer Glickman and Katie Crown and Kelsey Grammer.

This bundle of joy arrives in theaters on Sept. 23.