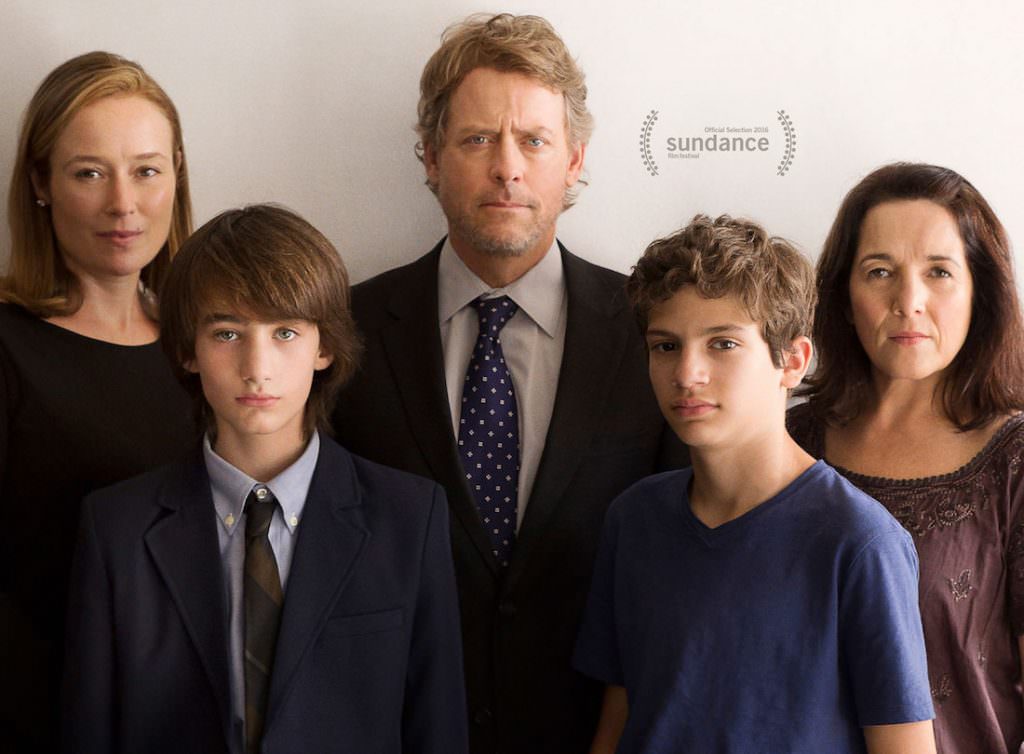 Like his 2014 film Love is Strange, director/co-writer Ira Sachs’ new film Little Men is a touchingly realistic examination of the relationships between people thrown together by circumstance. In Love is Strange, the economics of life in New York force a recently wed gay couple (John Lithgow and Alfred Molina) to live separately after Molina’s character loses his job. In Little Men, a struggling actor (Greg Kinnear) inherits a Brooklyn building from his father and moves his own family there. Thirteen-year-old Jake (Theo Taplitz) strikes up an easy friendship with outgoing Tony (Michael Barbieri), the son of immigrant seamstress Leonor (Paulina Garcia), who’s been renting the ground floor shop in the building — at below market rate — for several years.

The film effectively conveys of the ease of boyhood friendship as Jake and Tony bond over video games, skateboarding in the streets and their yearning to create. Tony wants to be an actor, and Jake is a gifted visual artist. The kids inhabit a world that’s separate from the petty jealousies, disappointments and material concerns of the adults around them. There are no heroes and villains in this tale of gentrification: just people who stumble and a movie that’s full of small but significant truths about humankind. 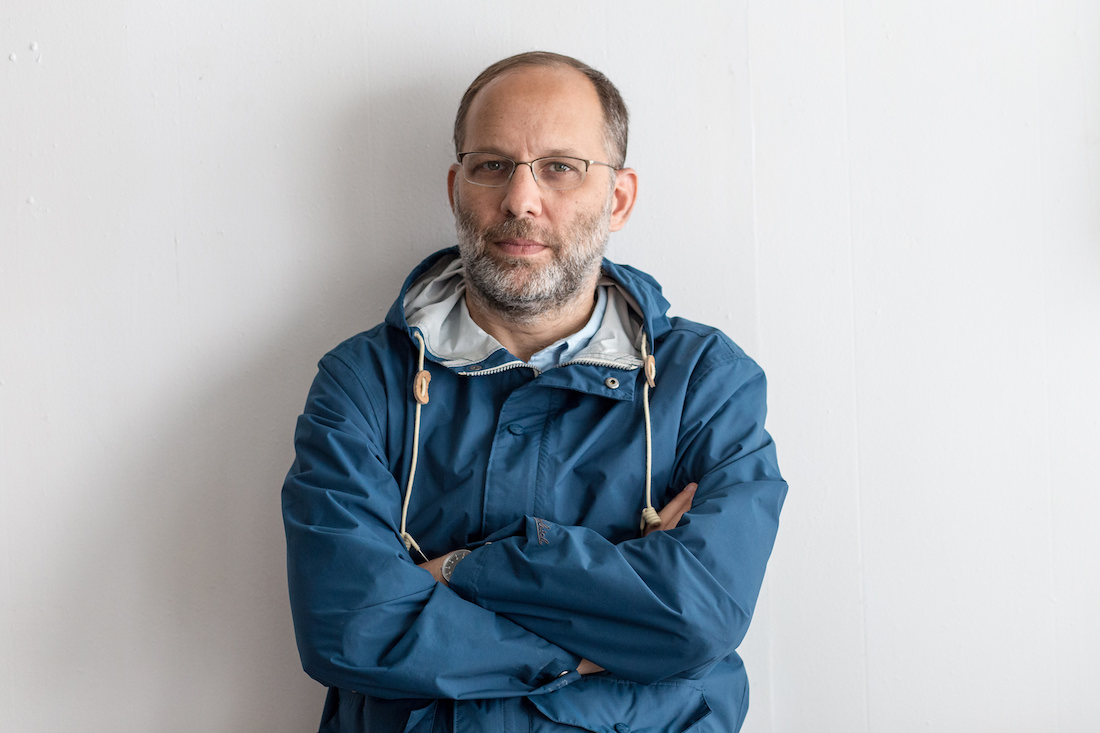 Little Men and Love is Strange are very different films but New York real estate figures prominently in both. Why is that issue of interest to you?

Love and money are the subjects of all my films. Real estate is an enunciation of issues around money and class. Real estate is about money, which is universal in literature. What’s every Jane Austen book about? If I get specific, and do that well, the film will work in 40 years. It’s the same stories: how people get along; families, neighbors. It’s no coincidence that [Greg Kinnear’s character] is in a Chekov play. He is still relevant because of the drama and humor [he depicts] in everyday life.

Did you have a similar experience when you moved to Brooklyn?

I moved to Brooklyn when I first came to the city in 1988. I had just graduated from Yale and I drove up in my U-Haul as the white, well- educated college kid and landed in an Italian neighborhood on a Dominican street. I was part of the first wave of gentrifiers in that neighborhood and never did those things meet. This is [co-writer Mauricio Zacharias and my] third film together and we share a curiosity about life; we share values, share stories. We get together and watch movies and we talk about life and things come up. One thing that happened in the course of writing this film is that Mauricio’s family from Rio owned a store and was involved in a long, protracted attempt to move out the woman who ran it. It was clear to me that I was hearing just one side of the story and what was the other side? Except for Keep the Lights On [from 2012] which was particularly autobiographical, my films don’t tend to be. But they are personal and, I guess, specific.

When you finished Love is Strange, did you know there was still a story there that you wanted to pursue?

We had this script [for Little Men] in the beginning of 2015. The films are related but they are different films; really, they are just trying to understand what it means to be human. I’m lucky I can continue to make these kinds of films which is rarer and rarer. I do think [Little Men] is a metaphor for filmmaking and for the medium because you are fighting and the money doesn’t work. Indie filmmaking could be that shop, because it just doesn’t work but you still want to say something and you want to be able to do this. I am like [Leonor]. I am a scrambler. I will fight for it. A globalized economy takes out the small and the intimate. You can’t be intimate globally and that’s true of film.

And of course Love is Strange was about the adults and this one is centered on the boys.

It’s sad but it’s true that people go to their own while kids don’t. That’s what’s different about kids and I know this from my own childhood. I grew up in Memphis and was involved in a theater there, Memphis Children’s Theatre, which was the one integrated community across class, race, sexuality that I’ve ever been involved with. It’s never repeated itself: black kids, white kids, urban, gay, straight—it  never happened again. There’s a way in which youth and arts allows these kids to interact in a wonderful way. I wanted to make a film about the very special time in which friendships are romantic without being sexual; profound without being deep, in a way. The story was a way to talk about what’s ineffable. 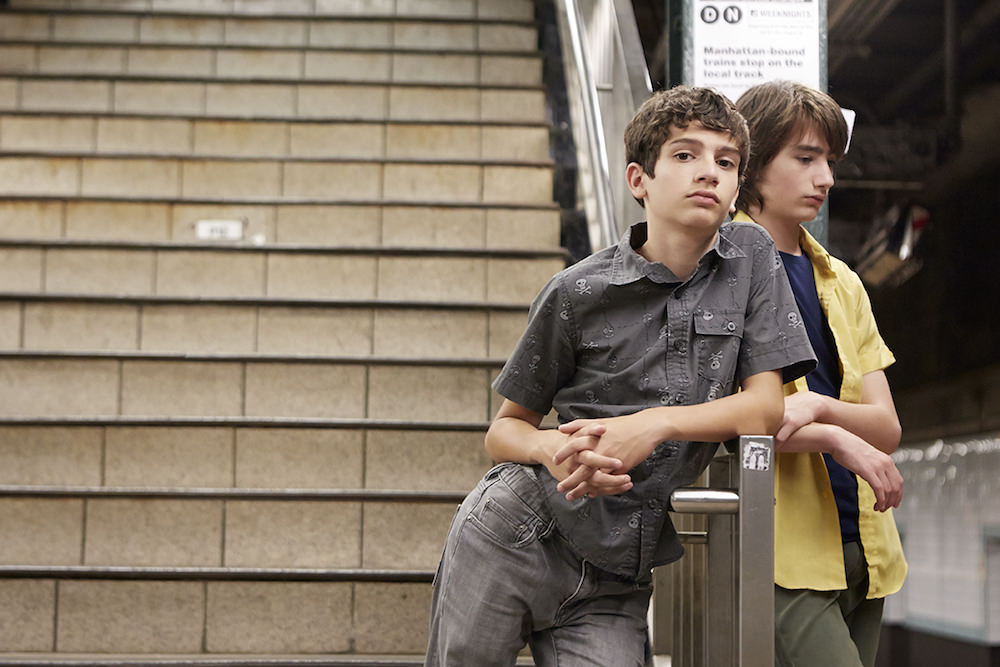 How did you find your young actors, Theo Taplitz and Michael Barbieri?

The boys for me are the thing you build the film around. I found them so compelling and original. I wanted two boys as interesting as the two girls in [the 1964 comedy] The World of Henry Orient. You have to be open to who comes in the door. I didn’t audition a million kids. Originally, the Tony character was doing a version of martial arts and that changed with Michael. He’d been studying at Lee Strasberg [acting studio]; and that is his teacher you see in the film, so we worked with it. He’ll be in The Dark Tower. It will be interesting to see where he goes. Theo is a 13-year-old film director from LA.  He’s extraordinarily sophisticated; not pretentious — just emotionally sophisticated which is really helpful for a young actor.

Mauricio and I are writing Monty Clift for HBO and Matt Bomer. We did a lot of research. If it’s greenlit, I would direct.