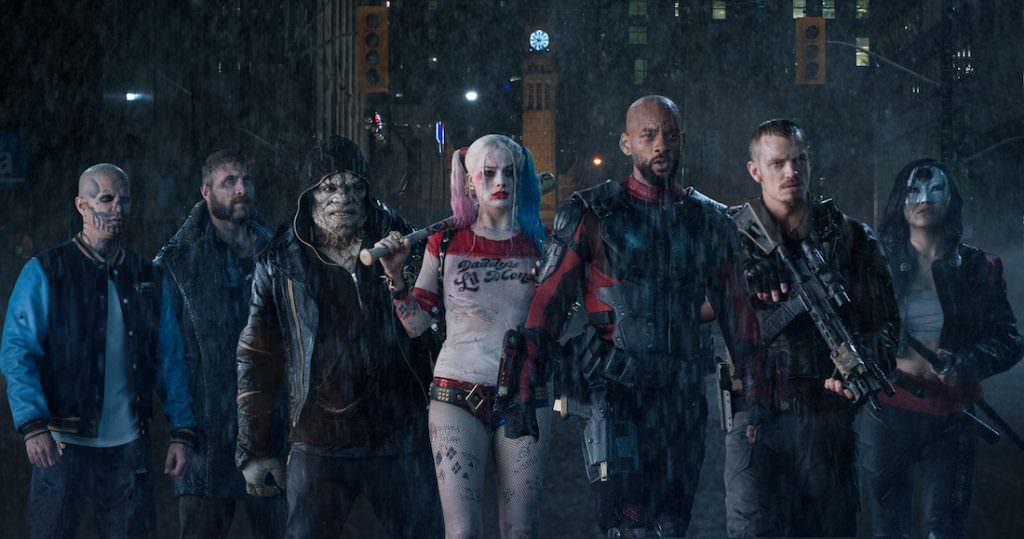 We're just four days away from Suicide Squad's August 5 premiere, but for a lucky few, the world premiere happened last night at the Beacon Theater in New York. Director David Ayer and the cast were on the black, barbed-wired carpet of Warner Bros.’ world premiere, and it was a welcome sight, where the cast's diversity was a major point of celebration.

"What I love about working with this group, it's a rainbow — it's all races, creeds and colors," Will Smith, who plays Deadshot, said at the Beacon, to major applause. "It's the diversity and inclusion that this country is supposed to be about." Along with Jared Leto, Margot Robbie and Jai Courtney, the cast also includes Viola Davis, Karen Fukuhara, Adam Beach, Adewale Akinnuoye-Agbaje, and Jay Hernandez. This diversity seems fitting for a film that celebrates outsiders and offers a totally fresh take on the comic book film. Hernandez told The Hollywood Reporter how meaningful it was for him as a Latino actor to have a role in this film. Hernandez plays Diablo, a supervillain who's a kind of human flamethrower.

"Having a Latino superhero is long overdue — we've been waiting for it, and David Ayer had the balls to put it out there," he told THR. "I can't believe I'm the first one. It's pretty ridiculous not to have diversity in a movie like this."

Karen Fukuhara, who plays Katana, the rare superhero in the film, told THR that Ayer's film managed to give the supervillains who populate the movie human emotions. She said they "also really reflect humans in real life. Not everyone's perfect, and people relate to that."

Can supervillains really have hearts? Ayer says yes. "It's a bunch of bad guys with good hearts," told THR. "I think there's room for different versions of this superhero genre. It's like the cowboy movie, which was Hollywood's bread and butter for 70 years. We're gonna continually find ways to reinvent this."