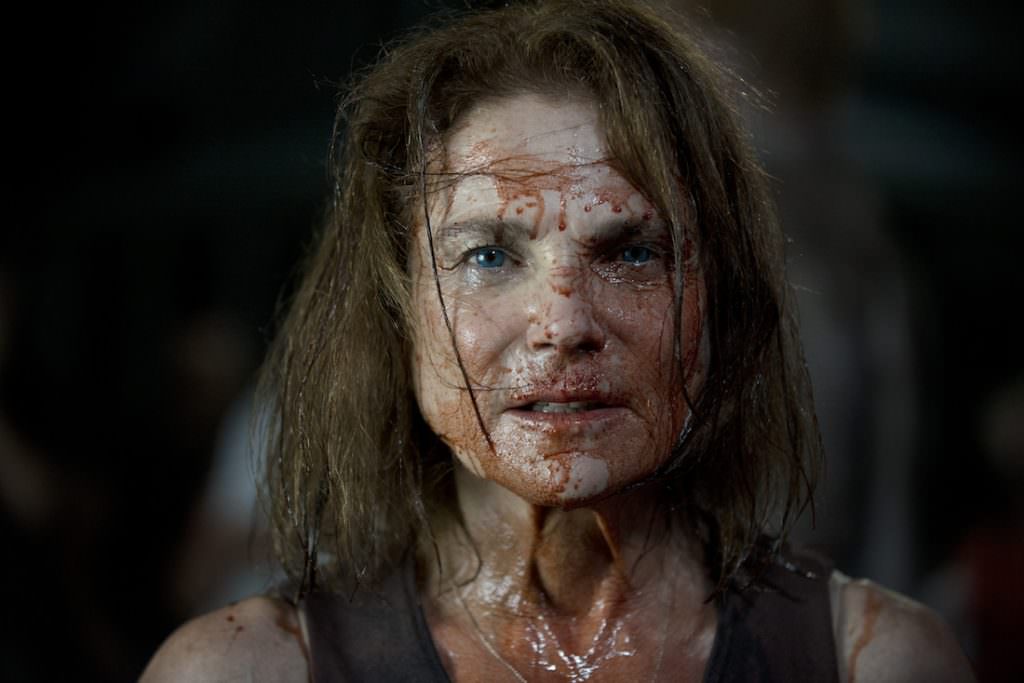 From Senator to Bad-Ass, Tovah Feldshuh Talks The Walking Dead

Her first day on Georgia set of The Walking Dead Season Five, Tovah Feldshuh shared a nine-page scene with star Andrew Lincoln to establish her Deanna Monroe character as the level-headed leader of Alexandria's "Safe Zone" gated community. By the time Season Six began, Deanna was instructing Lincoln's Rick Grimes to kill the murderer of her husband with two succinct words: "Do it." Summing up her character arc showcased in The Walking Dead: The Complete Sixth Season (released today, Aug. 23, on Blu-ray™ + Digital HD and DVD), Feldshuh says "I came in as a stateswoman and exited as a samurai."

Feldshuh's immersion in the zombie genre marked a dramatic departure from her usual wheelhouse as a Tony-nominated Broadway star with gravitas to spare. So when Walking Dead showrunner Scott Gimple initially offered her the role, Feldshuh played hardball. "I told Mr. Gimple 'I can give you everything you need except I cannot waste my time,'" she recalls. "I said 'My mother just died. Death was in my arms only eight weeks ago. If this is a small part that doesn't make an impression, please give it to another actress my age. But if you give me one scene in every episode where I can bat it out of the park, then we can go forth.' And he said 'Ms. Feldshuh, I will not waste your time.'"

Assurances in place, Feldshuh modeled her former Ohio senator Deanna Monroe character after Hillary Clinton. "Long before she declared her candidacy, I based Deanna Monroe on Hillary, who was my senator in New York," Feldshuh says. "I met her a few times and she's an excellent listener. Deanna is all about the idea of not being defeated and having a vision no matter what, which is something you see in Hillary Clinton's political career."

Growing tougher as Season Six progressed, Feldshuh's character survived the death of husband Reg (Steve Coulter) and son Aiden (Daniel Bonjour) but failed to evade the mortal blow delivered from the writers' room. To prepare for her showdown with bloodthirsty walkers, Feldshuh acquired a new skillset. She says, "I was taken to a private gun range and our phenomenal special effects gun master taught me to shoot everything from a .22 lady's pistol to a .45 to an AK 47 —  and I'm only five feet high! But when they ask you to do the cart wheel, you do the cart wheel." 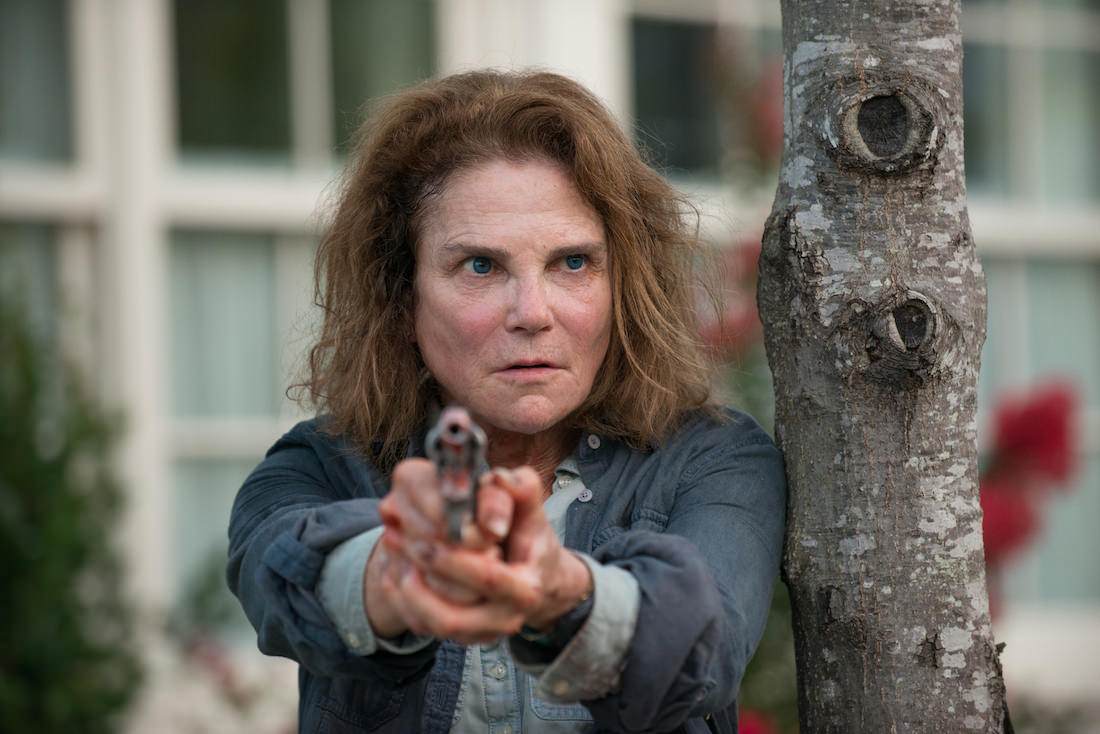 For her final Walking Dead moment as a sentient being, Feldshuh came up with a chilling bit of improvisation fueled by her fascination with tribal cultures. "The silent scream at the very end as the walkers come toward me was not scripted at all," she says. "The whole set went pale. They said 'Can you did it again without the scream?' and I said, 'I'll do whatever you need me to do but that's the money shot.' And by the way, I didn't scream silently. I screamed bloody murder. I based it on the Maori warriors of New Zealand who scared their enemies by sticking their tongues out at them and opening their mouths wide. I didn't stick my tongue out of course, but I did open my mouth and I imagined that scream being my final bullet."

Feldshuh, who will be touring with her nightclub act "Aging Is Optional ('Cause God I Hope It Is)" next month, bonded with the Walking Dead cast and crew, especially Lincoln. "Andrew's such a generous artistic leader," she says. "He's all about the other guy and he's a big reason that nobody wants to leave the show." In fact, Feldshuh wouldn't mind getting back in the zombie swing of things herself. "On 'The Walking Dead,' once your character gets killed off that's it," she says. "You never get a script. Never. Ever. You get no information. I'm still on the email chain, I'm still part of the group, and it still feels like a family thanks to Andrew and his attitude. So I leave you with this," she jokes. "Who do I have to sleep with to get a flashback!?" 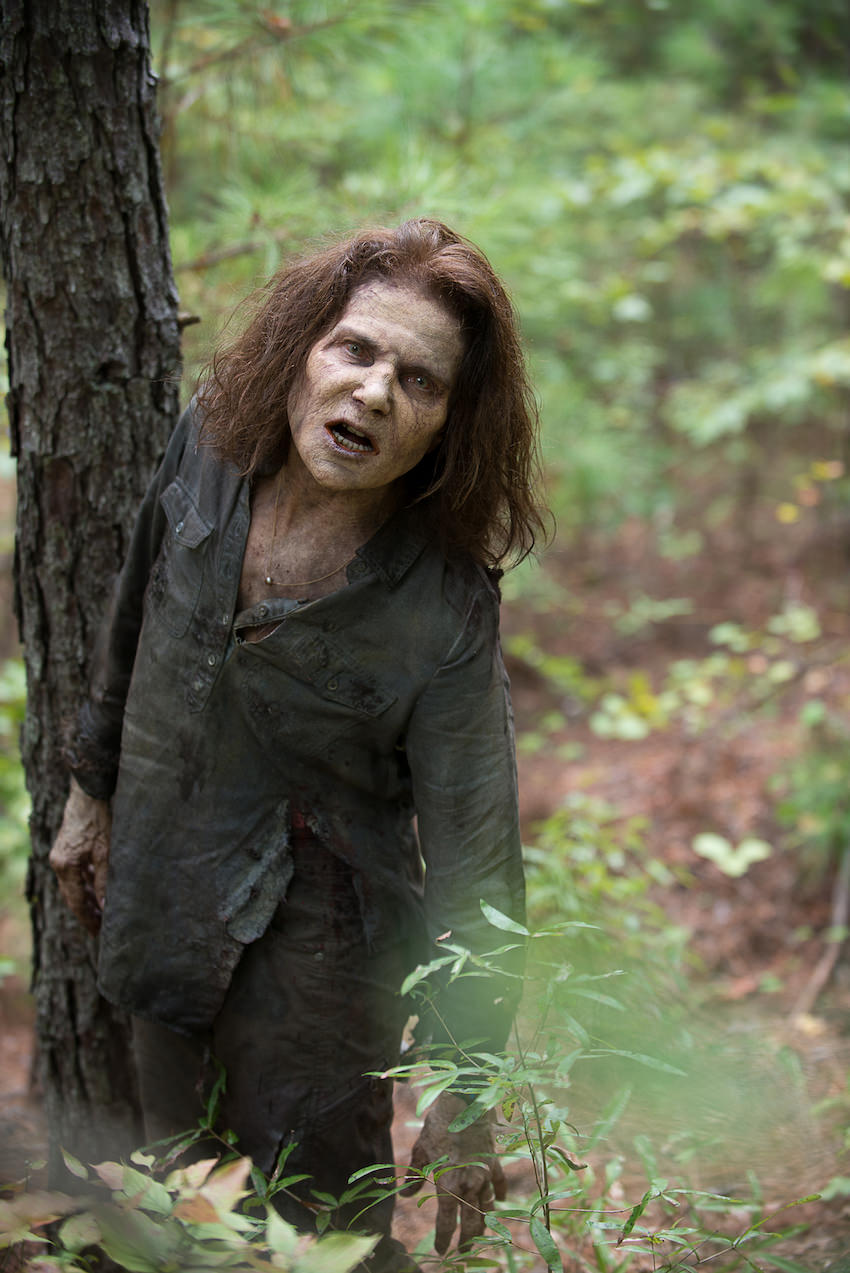 The last look many actors who appear on The Walking Dead assume. Courtesy AMC