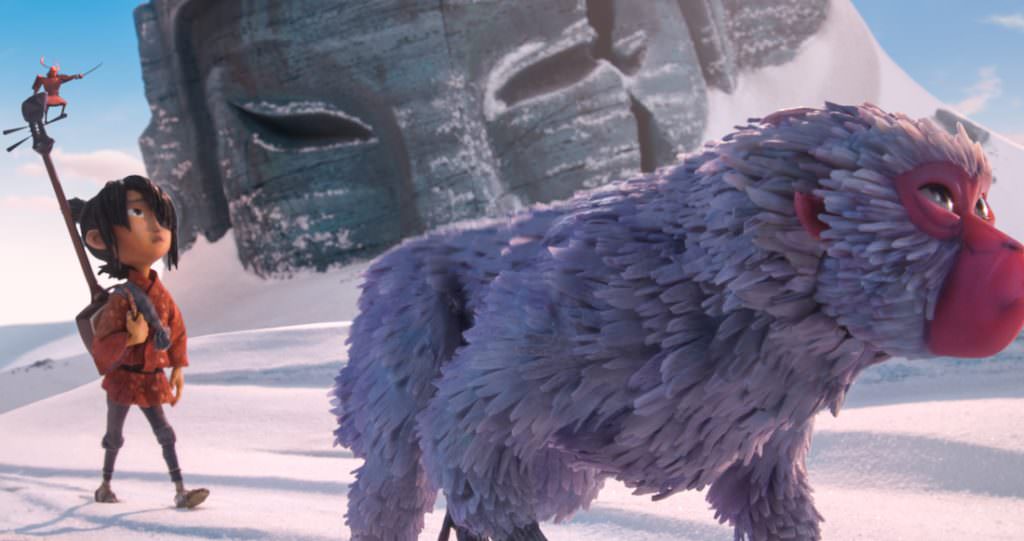 If you haven't heard about Kubo and the Two Strings, let us introduce you to a gorgeous film you need to see. This animated fantasy adventure film, directed by Travis Knight, centers on Kubo, a you Japanese boy who takes care of his mother. They make ends meet until one day an ancient spirit takes Kubo on a magical adventure involving a struggle for Earth's survival. This is a bare bones synopsis of a film that has complexity, beauty and depth—in fact, it reminded us of the work of the legendary Hayao Miyazki. The vocal talent Knight arranged isn't just relegated to his incredible cast, who include Matthew McConaughey, Charlize Theron, Rooney Mara, and Ralph Fiennes. Providing the main theme song, a stunning rendition of The Beatles' "While My Guitar Gently Weeps," is Regina Spektor.

First, explore Kubo's journey in this interactive video below:

Now, for the music. Listen to Spektor's version of the Beatles' classic below, which is combined with a full orchestra.

"When you cover something, you discover it in a new way," Spektor says in the featurette below. In addition to the main orchestra, Spektor's vocals are matched with a quintet of solo players, which music editor James Bellamy says gave the song a more "Beatles-esque air." What's more, they tasked themselves with marrying the song to Japanese sounds to create something original and of a piece with the film's setting. They brought in Kevin Kmetz, a great shamisen player, to help recreate the famous Eric Clapton solo using this traditional Japanese three-stringed lute. The effect is startling. The total result is a unique, gorgeously realized animated film. Look for Kubo and the Two Strings to be a player come awards season, and go see it when it opens national wide tomorrow, August 19.