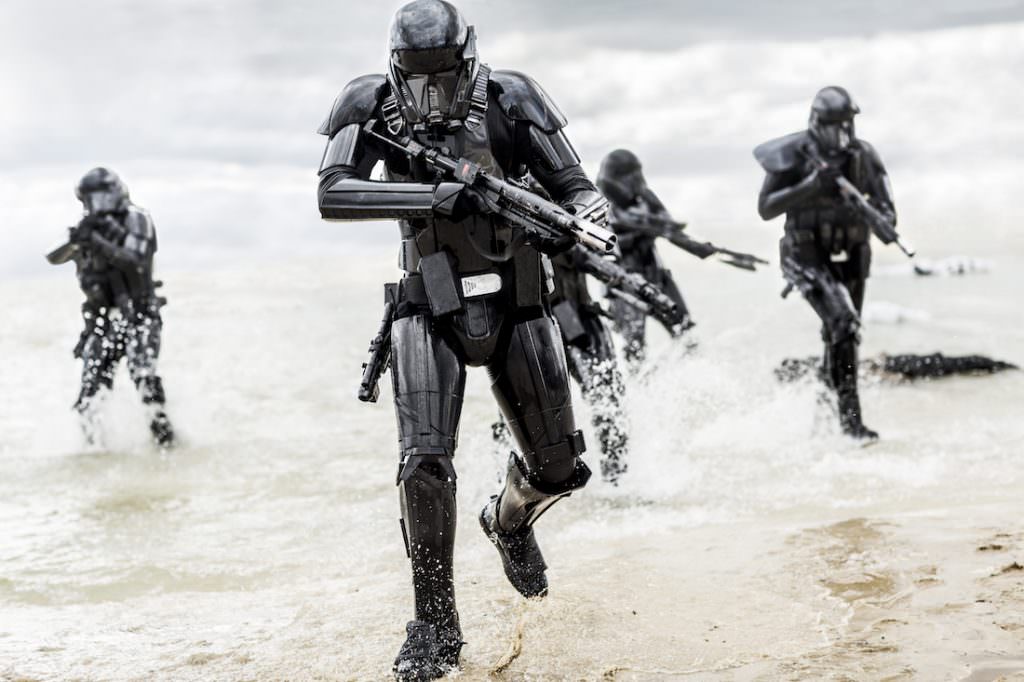 The new Rogue One Trailer has Landed

As promised, the new Rogue One: A Star Wars Story dropped last night during the Olympics, and it's special. You already know the story behind the first "non-saga" Star Wars film, but we'll refresh your memory nonetheless. The events in Rogue One take place shortly before the action gets going in A New Hope, the 1977 original film that set this entire Star Wars saga into motion. You've got a group of rebels soldiers, led by Jyn Erso (Felicity Jones) who are on a crucial mission to steal the plans to the Death Star, the Empire’s planet-obliterating new weapon. These are the plans that end up in a little droid by the name of R2-D2, but now we find out exactly how that happened.

We'll just let you enjoy the trailer without too much preamble, but we've got to say this; Rogue One has flown pretty low under the radar considering it's a Star Wars film, and now that we've gotten a longer look at it, we think director Gareth Edwards might have crafted something wonderful here. Granted, it's just a trailer, but it certainly feels unique; both like a piece of the Star Wars galaxy and like something grittier, darker and more akin to a war film.

Oh, and a certain somebody makes an appearance in the very last seconds. Enjoy.

Rogue One hits theaters on December 16.