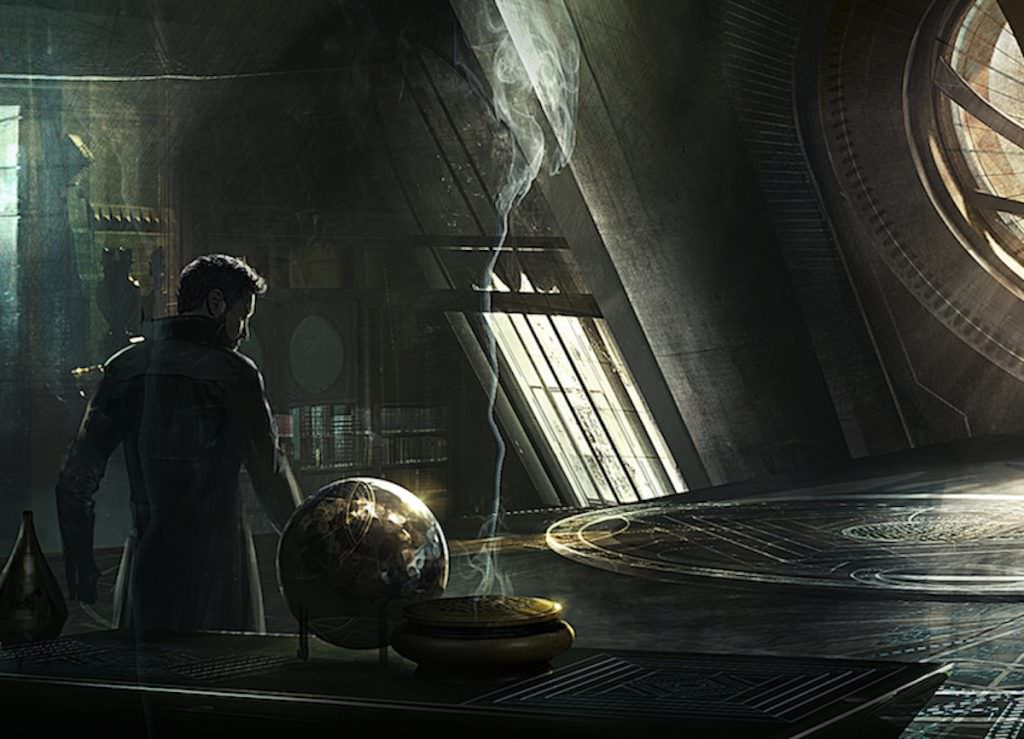 Cinemark Theaters has just dropped a new Doctor Strange video that highlights just how far out there the newest addition to the Marvel film family is. Cinemark is touting their XD technology—extreme digital cinema with Real 3D brightest projection, custom digital surround sound and wall-to-wall ‘over screen’ size.

As a refresher; Doctor Strange stars Benedict Cumberbatch as the Sorcerer Supreme, formerly a talented but emotionally cut off neurosurgeon named Doctor Stephen Strange who is plunged into a hidden reality and alternate dimensions after a tragic car accident. Co-starring Chiwetel Ejiofor (12 Years a Slave) as Baron Mordo, Benedict Wong as Wong, and Tilda Swinton (Only Lovers Left Alive) as The Ancient One, the woman who sets Strange on his weird, wild path. The cast is so good we haven't even mentioned Rachel McAdams (The Vow), Michael Stuhlbarg (Pawn Sacrifice), Scott Adkins (The Bourne Ultimatum), Amy Landecker (Transparent), and Mads Mikkelsen (Hannibal). Yup, Doctor Strange packs some serious acting punch.

Director Scott Derrickson (The Exorcism of Emily Rose, Deliver Us From Evil) is working from a script by Jon Spaihts (Prometheus, Passengers) and C. Robert Cargill (Sinister). Set in New York City’s Greenwich Village, Doctor Strange finds himself acting as an intermediary between the real world and what lies beyond, marshaling new-found metaphysical abilities and artifacts that make this Marvel's most far out film. It's Inception meets Avengers, not a bad combination if you ask us.

See the full trailer online now or at a Cinemark near you! See #DoctorStrange in Cinemark XD starting 11.4.16!https://t.co/GgrCmPRwjr