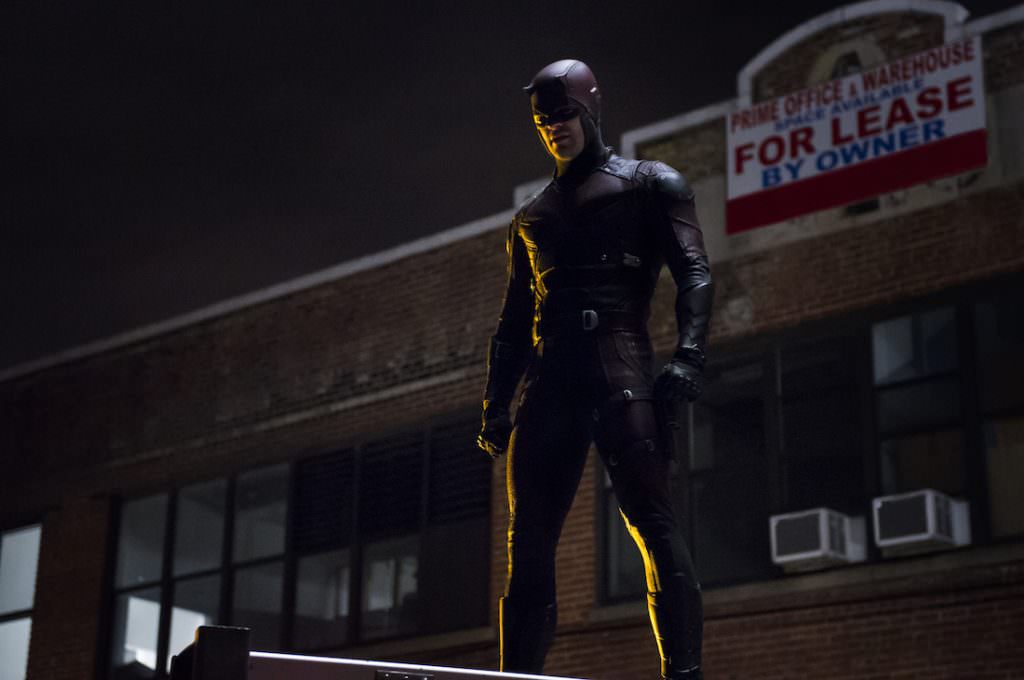 During a marathon stairway brawl early in Daredevil's second Netflix season, hero Matt Murdock (Charlie Cox) sounds like he's beating a gang of bikers to a bloody pulp. In fact, the hits seem far more furious than they really are thanks to Emmy-nominated sound designer Jordan Wilby. "There's a lot of different ways we get our sounds," explains Wilby, who gave voice to every punch in the fight using audio files from his massive library of sound sources. "It might start with a pig hit, a flesh hit like a side of beef, it might be humans hitting themselves or slapping a chair."

Wilby typically blends together three of four layers of separate sounds to animate a single high-impact body blow or smack in the face. He explains. "Sometimes I throw in sounds you might not expect. Because I've got different layers to work with, I might sneak in the crack of a bull whip to give the hit more high-end."

An aspiring electronic music producer in his spare time, Wilby brings a musician's ear to the sequences created on his Pro Tools software. "I like to think of a fight scene as a drum solo," he says "I'll place different impacts as if they're a kick drum, or tom tom, or high hat, making sure I cover the spectrum of low end, mid and high end. Of course, you're tied to the visuals when you synch the sound, but I try to find a rhythmic quality so the fight has an ebb and flow to it."

Wilby became fascinated with sound design as a kid when he attended a demonstration at Universal Studios showing how "Foley" artists produced effects for Lethal Weapon. After completing Los Angeles Recording School's Recording Arts program, he interned at Sony before making his audio mark on action TV standouts including Dexter, True Blood and the recent Stranger Things. Given that resume, it's no surprise that Wilby has mastered the craft of the sickening squish. He explains, "First, you have to break it down by figuring out which part of the body you're working with. Is there bone involved? Is there ligament involved? How tight is the camera on the arm that's being sewed?"

In the "New York's Finest" episode that earned Wilby and the seven-person Daredevil sound team Emmy nods, Frank "The Punisher" Castle (Jon Bernthal) stitches up a flesh wound to gruesome effect. To match audio with visual, Wilby went straight to his folder labeled "Chicken." "I used the sound of chicken thighs or chicken breasts that somebody put their fingers into," Wilby says. "Squishy stuff can be challenging because it's easy to go over the top. You don't want to hit the viewer over the head with too much gore. For me, it's about finding that delicate balance between too much squish and not enough."

While Wilby designed about 60 percent of the Daredevil soundscape, supervising sound editor Lauren Stephens oversaw the grunts and groans performed by actors during post-production ADR sessions. "Stunt men vocalize every move they make so the original production sound captured on set is very noisy," Stephens says. "We lifted all of that live sound out of the audio track, which gave us a blank canvas. Then we brought in voice people to do the 'efforts' and grunts for everyone involved in the fight."

While plenty of modern sound designers rely on digital distortion to boost intensity, Wilby prefers to root his soundscapes in analog sound sources. "I'm relatively old school," he says. "When I create sounds and layer things together, I shy away from digital processing plug-ins. Especially for a gritty crime drama like Daredevil, it made more sense to keep everything minimalistic and stripped down so I worked with source material that sounds great to begin with. Then, the trick is to layer the sound to make each punch clean and tight so it really pops."