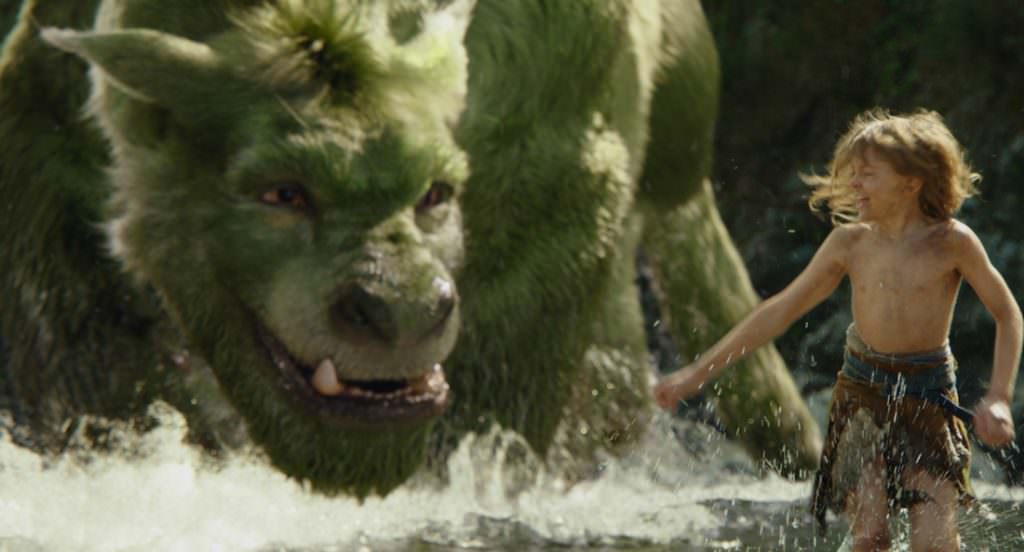 Go Behind the Wings of Pete’s Dragon

Walt Disney Pictures's upcoming film Pete's Dragon is a blend of live-action and CGI (think The Jungle Book, only with dragons) that looks as lusciously rendered (and blended) as that film. In this new behind-the-scenes video, star Bryce Dallas Howard discusses what it was like about working with the fuzzy, 20-foot tall dragon. The main issue? Hair. Hair everywhere. Also, the fact that Elliot the dragon can become invisible. Also, things get dicey when it's time for lunch.

So what's Pete’s Dragon about? The bond between an orphaned boy, Pete, and his best friend, Elliott, who's the aforementioned dragon. The cast is top notch; Howard (The Help) plays Grace, a park ranger who discovers the existence of Elliott and 10-year-old Pete (Oakes Fegley, This is Where I Leave You). Wes Bentley (The Hunger Games) plays Jack, a local mill owner; Karl Urban (Star Trek Beyond, Star Trek Into Darkness) plays Jack’s brother, Gavin; Oona Laurence plays Natalie, a young girl who becomes Pete's ally; and Oscar-winner Robert Redford stars as Grace’s father.