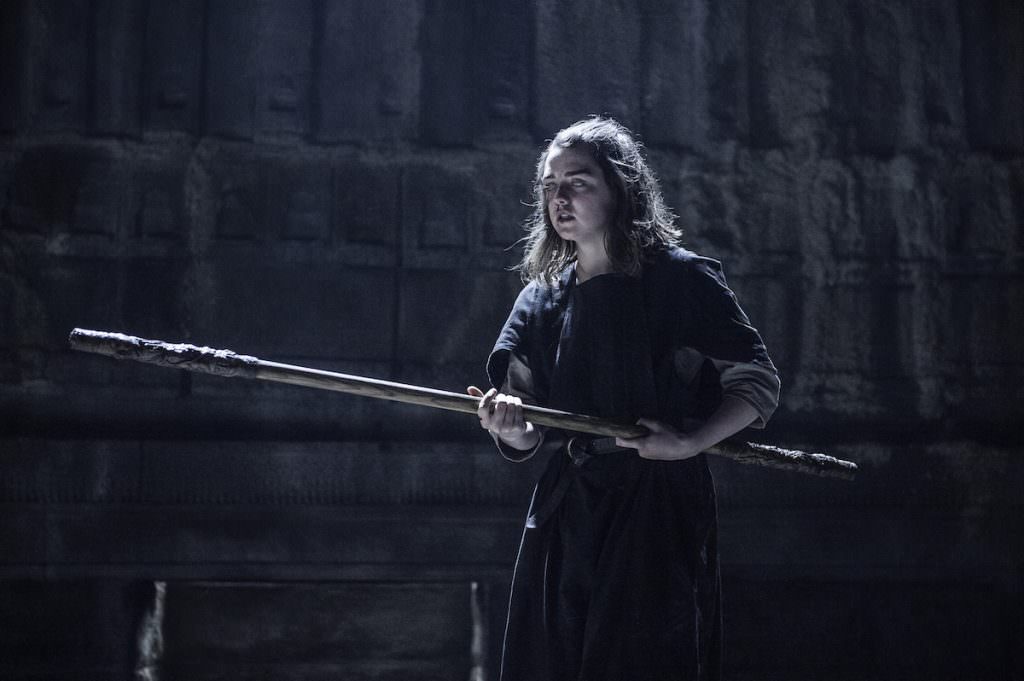 When all was said and done in season six of Game of Thrones, viewers were left with a very odd sensation; relief. For the previous five seasons, a lot of the things non-book readers were desperate to see happen didn't happen. Oberyn Martell snatched defeat from the jaws and victory and ended up losing his fight to the Mountain (watching the making of that gruesome scene here). The Starks, the only noble characters in all of Westeros, were routinely brutalized, betrayed and murdered, with the Stark girls specifically being subject to a series of increasingly awful circumstances. Ramsay Bolton kept doing unspeakable things without ever facing the consequences, and, what's worse, gloating about it. Jon Snow continued to know nothing, and stupid Ollie shot Ygritte in the back with an arrow before he could tell her she was right. On and on the list of thwarted wishes went, and GoT began to feel less like a fantasy show that offered escape and more like a weekly exercise in masochism.

Then season six happened. Finally freed from following the grim contours of George R. R. Martin's source material, showrunners D.B. Weiss and David Benioff delivered a stunning, and perplexingly satisfying season in which a lot of what you wanted to see happen happened. Ramsay was beaten, both on the battlefield and then via a pummeling by Jon Snow, and was finally dispatched (in a bleak, darkly poetic way that showed just how different Sansa Stark is from when we first met her on the show). Daenerys, with Tyrion by her side, finally set sail for King's Landing, with the reunited Greyjoys and their fleet at her back. Arya finally reclaimed her own name, took out the Waif and headed towards Winterfell for the reuinon with Sansa and Jon we've all been waiting for. Cersei got her groove back and pulled off a stunning, awful attack on her own hometown by blowing up the Sept of Baelor and wiping out all her local enemies in a single, vicious move. Hell, even Ser Friendzone himself, Jorah Mormont, was given a pep talk by the woman he desperately loves, and made to feel, for the first time in the whole series, like she needs him, nay, she might even want him (in her own way, and probably not the way he hopes—sigh, poor Jorah.) Looking back at it all, you start to realize, hey, season six was a goddamn lovefest by GoT standards.

Looks like that's about to change. Maisie Williams, Arya herself, took to Twitter after reading the script for season 7 and shared her thoughts. If you want to know absolutely nothing, stop reading. Although Williams offered no plot points whatsoever, she does dish on the tone of the season.

Here are those Tweets: 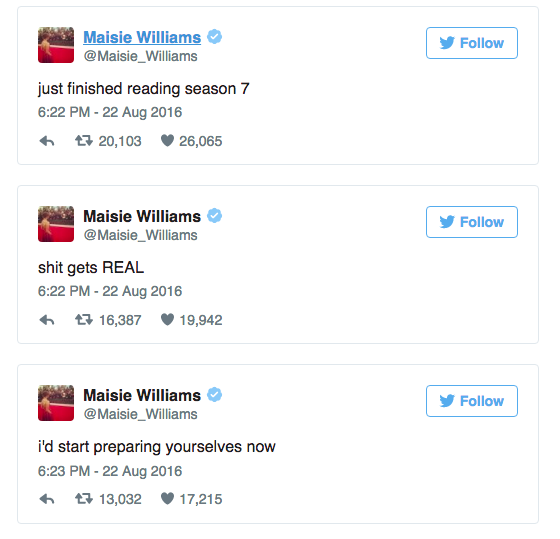 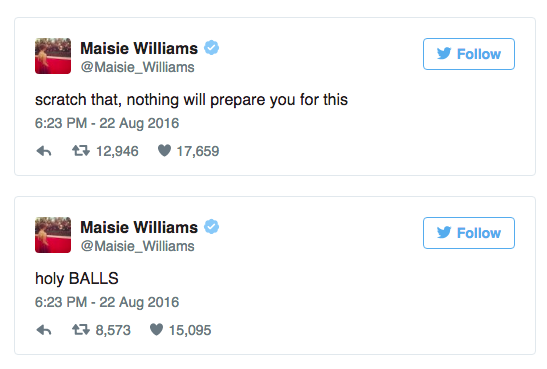 With only two seasons left, it's not surprising that season 7 is going to be intense, but to hear it straight from the actress playing one of the key characters on the show, it does send a shiver up the ol' spine. The bummer is it'll be a long time before we get to watch something we apparently can't prepare for—GoT's not back until next summer.