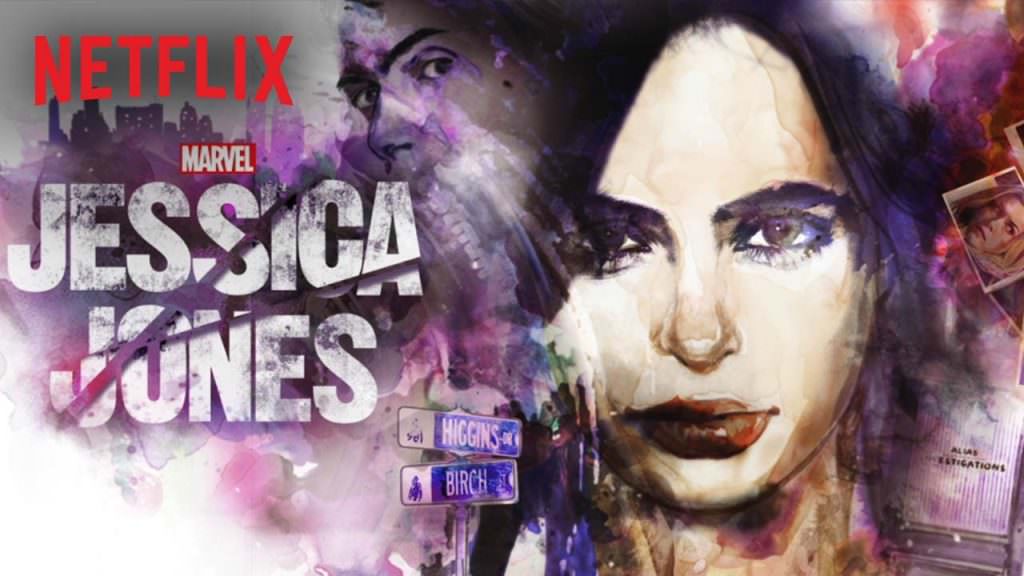 The Emmy nominees behind Marvel's Jessica Jones' spooky-cool title sequence didn't actually know anything about the dyspeptic comic book detective when they started work on the Netflix series. But after production company Imaginary Forces and composer Sean Callery brainstormed with series creator Melissa Rosenberg (Twilight), they distilled the essence of Kristen Ritter's title character into a moody 68-second tease that artfully sets the tone for all that follows.

Creative director Michelle Dougherty cites Alfred Hitchcock's 1954 peeping Tom classic Rear Window as a key influence. "I watched Rear Window over and over as child and it really stuck with me," she says. "I loved the idea that you could construct a story with just glimpses of information, so this voyeur idea was one of the things we brought to Melissa." The voyeurism notion resonated with Rosenberg, whio also liked Dougherty's idea for playing up the character's urban setting. Dougherty says, "Merging those two things together seemed like the natural place to go: Jessica's an investigator and she's looking through her city."

Then she added paint.

Kashiwagi says "When Michelle told me about Jessica Jones' PTSD and her mental disorders, we wanted to push this painterly look in a more abstract direction to get across the blurring of vision and layers of memory. We decided to let the brush strokes sort of take over the image."

Drawing inspiration from mid-century painter Edward Hopper's lonely cityscapes and abstract works by contemporary German artist Gerhard Richter. Kashiwagi also included brush strokes by illustrator David Mack, who produced covers for the "Alias" comic book featuring Jones' character. "David sent me a bunch of his brush strokes and I incorporated those into the scenes," says Kashiwagi, a former painter. "I also put paint to paper myself and scanned that into the computer, so it became a huge collage of all kinds of stuff, half hand-made and half digital, that I put together in Photoshop."

After security-conscious executives treated Callery to a slide show presentation of shots from the pilot episode, Callery set to work. "Jessica Jones has a lot of confidence and smart aleck wit so I started with this three-note piano figure to capture that playfulness." Then he went dark, bringing in guitarist Jeff Ingle to add a squalling guitar solo midway through the song.  "Jessica has a traumatic back story so the music had to charge harder in the second half of the theme," Callery explains. "The guitar represents this crazy, red zone chaotic element. We did quite a few versions and the more agitated and more jagged the guitar sounded, the better it felt."

Although they worked separately for most of the project, composer Callery and the Imaginary Forces team (including flame artist Rod Basham and animators Eric Demeusy and Thomas McMahan) forged a remarkably cohesive short film. Callery says, "From the first moment I saw the images, I realized the visual artists were interpreting this show in a very similar way, even though we hadn't really hadn't had any dialogue about it over the phone. They talked to Melissa. I talked to Melissa,. And then we both just applied our craft to the issues at hand. As main titles go, this was quite special."

The Making of Jessica Jones from Imaginary Forces on Vimeo.