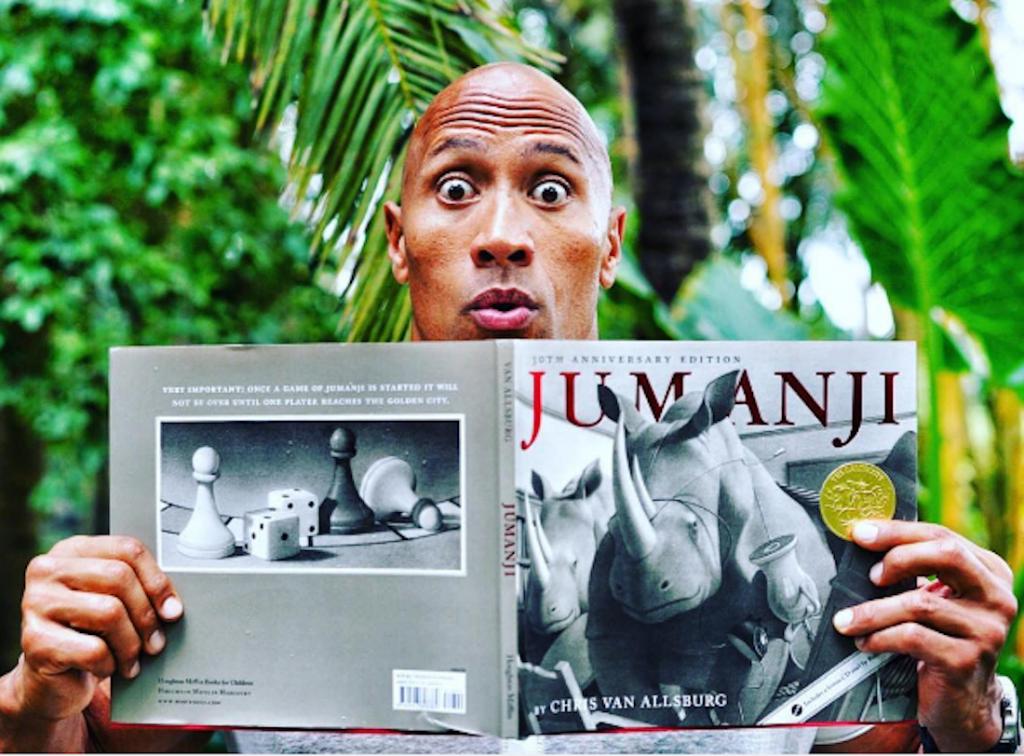 There are few actors as on top of their social media game as Dwayne Johnson. Whether he’s keeping us up to speed on what’s happening on the set of Fast 8, or sharing with us a photo of the stack of scripts he’s considering for his next projects, Johnson keeps fans as looped into his projects as possible.

With that in mind, it’s not surprising that we got some insight into the upcoming Jumanji, starring Johnson and his Central Intelligence co-star Kevin Hart, is not a reboot of the 1995 film that starred Robin Williams.  Johnson’s Instagram post detailed a hearty thank you to the cast and crew of Fast 8, which he just wrapped, and then the news on Jumanji, his next project. Here’s part of that post:

“And now in two weeks I’ll reunite with ol’ friends Kevin Hart & Jack Black and we have the honor to introduce a whole new generation to the amazing world of #JUMANJI. *(for the record we are NOT making a reboot, but rather a continuation of the awesome JUMANJI story). It’s also crazy to me how much me, Kev and Jack look like triplets when we’re together… Man this is gonna be FUN.”

For fans of Robin Williams turn as Alan Parish in the original Jumanji, this comes as good news. If you remember, the end of Jumanji actually set up a sequel rather bluntly; the titular game washed up on a beach (who knows where) and was just about to be dusted off and picked up by two girls. Perhaps director Jake Kasdan (Bad Teacher, Sex Tape, Walk Hard: The Dewey Cox Story) and screenwriter Scott Rosenberg (Con-Air, High Fidelity) will start their version right there.

As Slashfilm wrote, Johnson has expressed a deep love and respect for Robin Williams and his stamp on the original Jumanji.

“An important thing that I want to be honest and bring up is Robin Williams. The love and respect I have for this man is boundless. You have my word, we will honor his name and the character of “Alan Parrish” will stand alone and be forever immortalized in the world of Jumanji in an earnest and cool way. I have an idea of what to do and I think his family will be proud. I also think Robin is somewhere lookin’ down and laughing, remembering the first time we met backstage and I (for the first time ever) was a star struck bumbling idiot that couldn’t even get my words out. Idiot. He literally calmed me down w/ that smile and laugh. But that’s for another fun story down the road.”