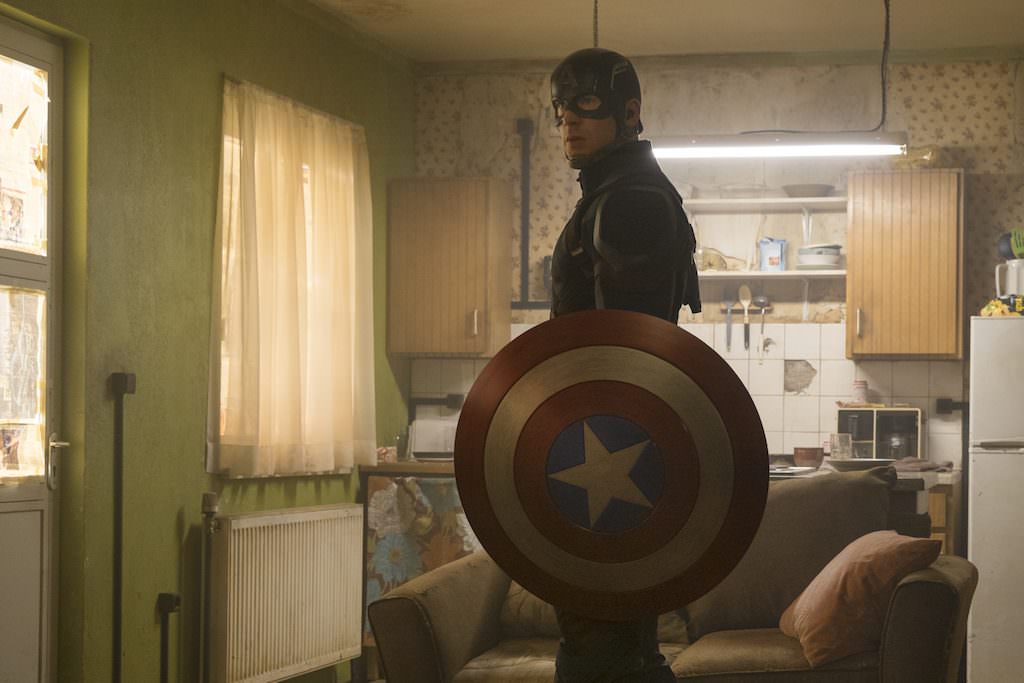 A13-foot-tall statue of Captain America has been created and unveiled in Cap's very own Brooklyn.  The most noble, moral of all the superheroes, Captain America has long been representative of the very best of America's ideals. The man behind the vibranium shield has been around for 75 years, and since he's been embodied by Chris Evans in the Captain America and Avenger films, one of the most beloved superheroes of all is certainly having his moment (again). To celebrate Cap's 75 years of service, a team of artists and designers decided the best way to honor the most honorable of the Avengers was by designing a statue and display it for the public.

There were many challenges, including what would be the best of Cap's many costumes to represent the character. Using bits from various Cap costumes from both the comics and the films, the team finalized the look that would be immortalized in the bronze statue. Perhaps the best part of the statue? At its base, there's this line: "I'm just a kid from Brooklyn."

First, watch how they made the Captain America statue:

Now, watch it's unveiling in Brooklyn: