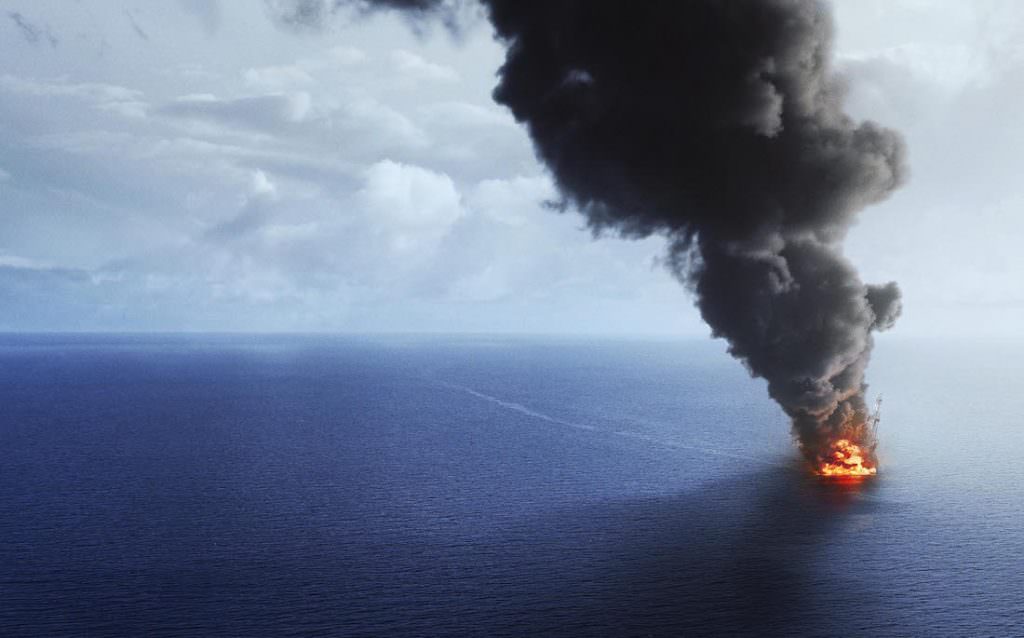 Building one of the Largest Sets in History on Deepwater Horizon

The Deepwater Horizon was the largest oil rig in the world, digging the deepest well that had ever been dug. Director Peter Berg makes this point at the start of this Deepwater Horizon behind-the-scenes featurette, released by Lionsgate. The video below gives you a glimpse of how Berg, his cast and his crew tackled telling the story of the 12 hours leading up to the explosion on the Gulf of Mexico on April 20, 2010 that cost 11 people their lives, to say nothing of the environmental catastrophe to follow.

The crew recreated the Deepwater Horizon in what became one of the largest sets ever constructed. The rig sat above a water tank, the main deck 53 feet in the air, with a heli-deck another 40 feet on top of that. The tank itself was 2 million gallons. This was all done in an effort to make sure the rig would not only look real to viewers, but would also appease the folks who work on these rigs for a living. Even the monitors the rig crew members watch were taken from actual oil rigs. In one scene, there's a mud blowout on deck, which required 5 to 6,000 gallons of mud—per take. Then there was the oil and fire and intense heat on set. Berg used as many practical effects as he could.