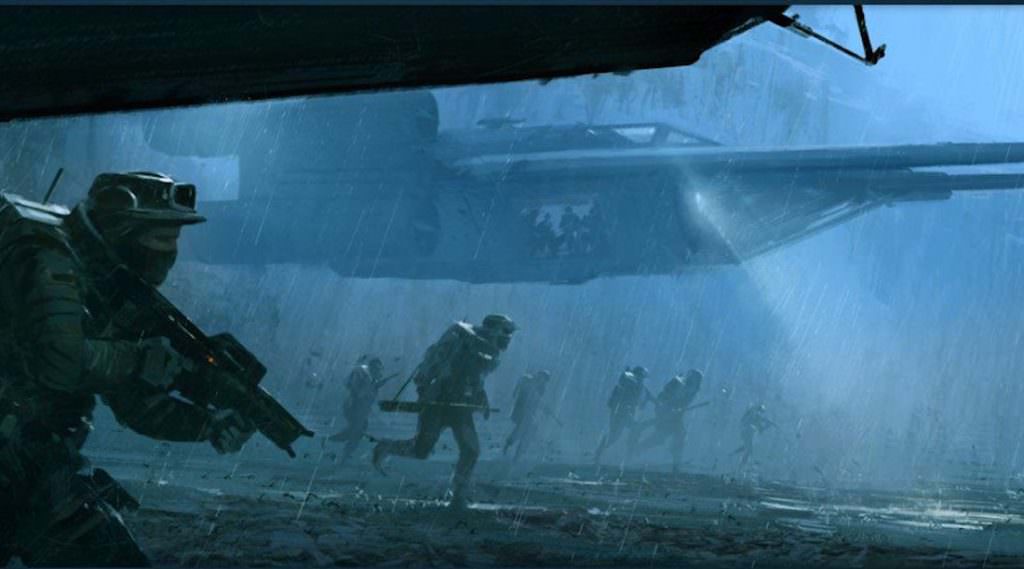 Ever since the Star Wars Celebration Europe 2016 in London, the Star Wars related reveals have been coming at a warp speed. We were introduced to the new Han Solo, Alden Ehrenreich, found out about the inspiration for the new Death Troopers, and watched the brand new Rogue One sizzle reel.

Today, the news comes to us, once again, courtesy "The Star Wars Show." Lucasfilm Story Group member Matt Martin popped on over to the show to dish about another one of the film's new ships—the U-Wing. "Its a troop transport and gun ship, so its there to bring in rebel troops through heavy fire zones and get out as quickly as possible. The wings move depending on the situation. Its there to drop off troops and provide air support."

This is the very ship that everyones' new favorite space monkey, Bistan, was seen manning the door gun in the video below. Whether the U-Wing will be as important to the Rogue One story as the X-Wing has been in the Star Wars saga films is of course unclear thus far, but the fact they're going out of their way to introduce us to the new fighter/transporter means something.